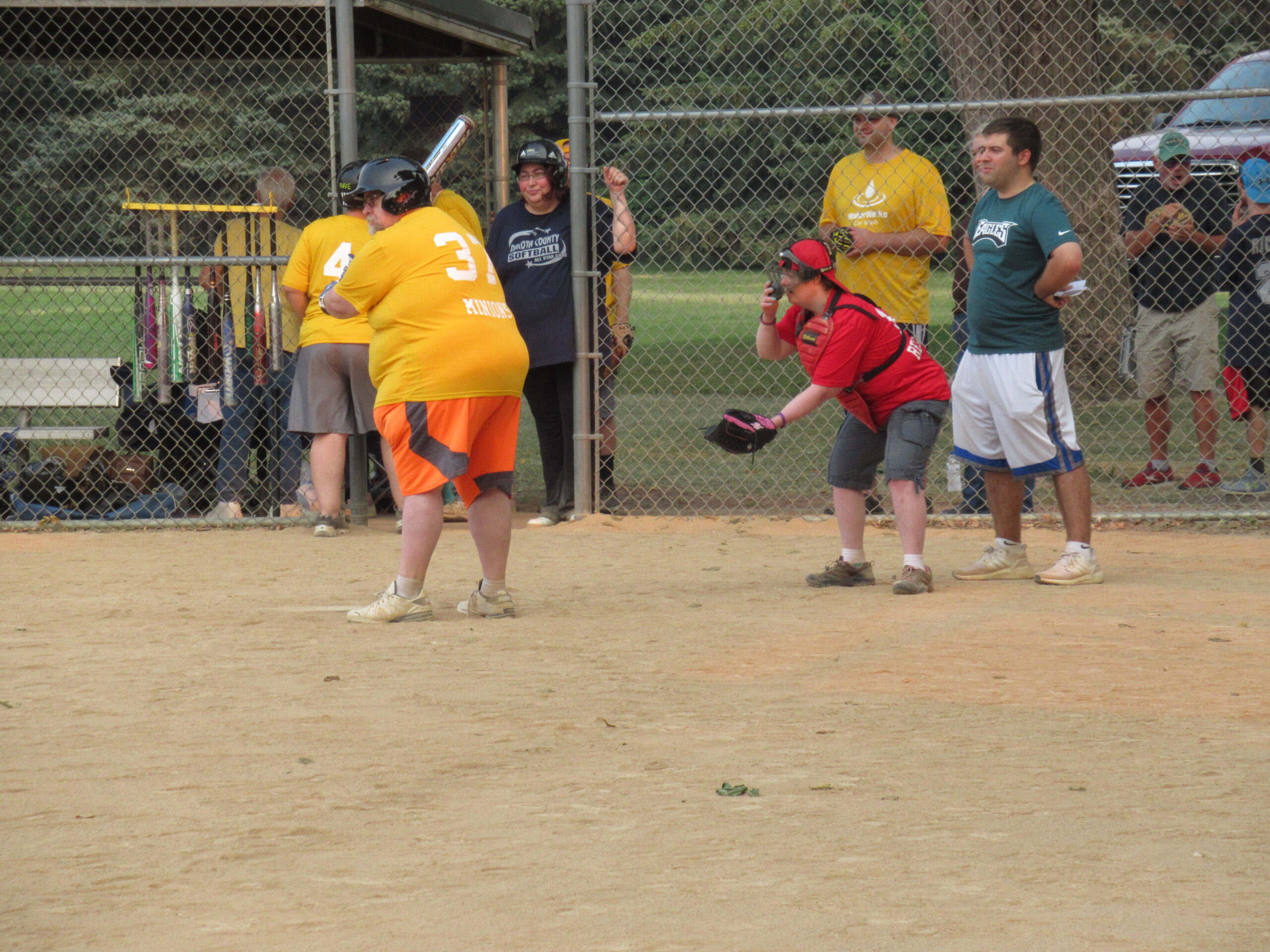 Thursday afternoon Suni Lee and colleague olympian and Minnesotan, Grace McCallum, arrived home in the Twin Cities with their Olympic medals in tow.  Their arrival was the front page photo in today’s Minneapolis paper.  They and all of their colleagues in any Summer Olympics activities deserve their accolades.  They are incredibly talented in their chosen activities.  [Postnote: Saturdays front page hi-lited another gold-medalist from Minnesota, Gable Steveson of Apple Valley.]

My friend Lydia sent another example of two other olympians from the Olympics. You can read it here; I is worth your time.  Lydia commented: “I just read this article on Common Dreams, INSPIRING! the TRUE  Olympic spirit LIVES!” They all, and others give definition to the most positive aspects of “winning”.

These five might seem an unlikely group, but not to this retired teacher union staff member.  For 27 years my job was helping represent the interests of public school teachers.  Trumka came from a third generation of coal miners; Lee and McCallum and the high-jumpers are young people representing their generation into the future.  Every one of them were parts of a team.

I retired from union staff work 21 years ago.  As former colleagues know, in the last few weeks I’ve been working to reconstruct who we were, ‘back in the day’ before the Minnesota Education Association and Minnesota Federation of Teachers merged, to become Education Minnesota in 1998.

It has been a very interesting process.  I think we got close to 100% in making a list of about 300 former staff people from 1998 and before.  Sad note: about one-seventh of our colleagues have passed on, two within the past week.  (The 300 counts only persons who were paid staff, from member dues.  If I counted members, and their local volunteer leaders, the list would be in hundreds of thousands over the years.  “Union” is a team sport; sometimes messy, but always a team. The 300 is a good representative start.  Most of us were teachers at one time in our careers.)

Unions in recent times have fallen on difficult times.  They have some powerful enemies, but not all.  Today, President Biden eulogized Trumka briefly, and gave credit to unions generally for being among the prime architects of what is called the “middle class”.

My mind fails to compute the enlightened management that considers well paid union workers to be a cost, not a benefit, on the company bottom line.  Without workers money to spend, there would be fewer products to purchase, and lower profits….  Still, when the discussion comes around to value of workers, it usually stops at keeping their earnings down.  It makes no sense.  Trumka and his cohorts are assets, not liabilities.

Which brings me to the photo which leads this column.  Tuesday night I went to an All-Star game out at Aronson Field in Lakeville.  I expected  what the words “all-star” imply – there was  a moving rendition of the Star Spangled banner, and the flag of course, and the teams lined up along the First Base line.

Then the kids and the audience ate KFC, and the All-Star games began.

It turned out, the All-Stars were everyone who showed up to play, all persons with special abilities, including my daughter, Heather, the catcher in the below photo.  Best I can tell, virtually all of the players are Down syndrome, and not kids – Heather is nearing 46.  But that makes no difference; the game is the thing, and all are equal on the field, and there were no losers.  It was a great evening. 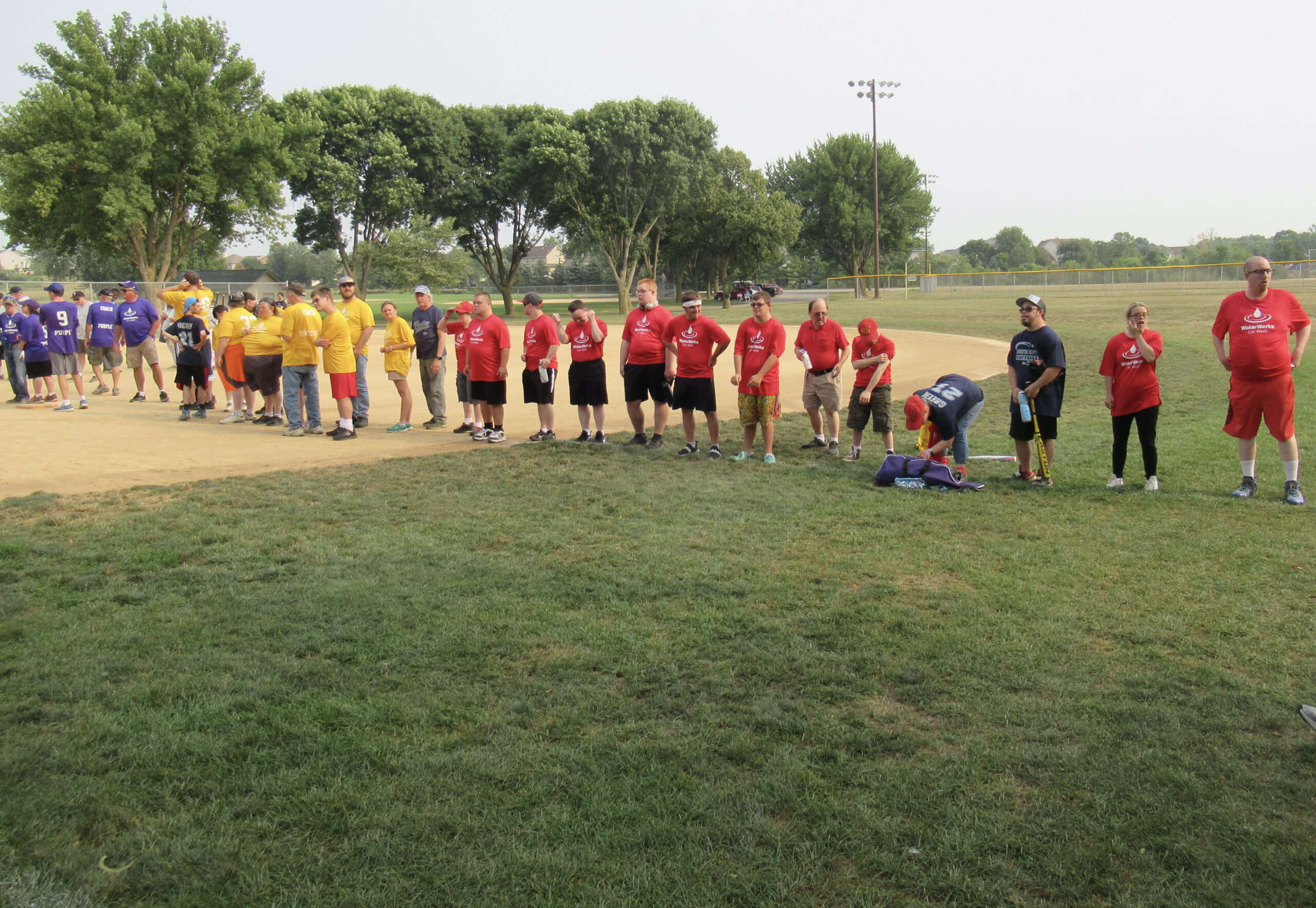 Part of the line-up at the All-Star games August 3.  Heather would be in the red, farthest to the left (about the center) in the photo, touching her hat with her hand.  I think they ended up with enough players for two games….  A good time was had by all.

POSTNOTE:  Now, if team USA, the context of we the people of the United States, could get this teamwork thing figured out, what a great place it would be.  Too much we define “winning” as the other one “losing”, and as we keep reducing ourselves to individuals within tribes within former states of a United States of America, the more ludicrous we look.