Friday I was on the observation deck of the always impressive North Dakota State Capitol. 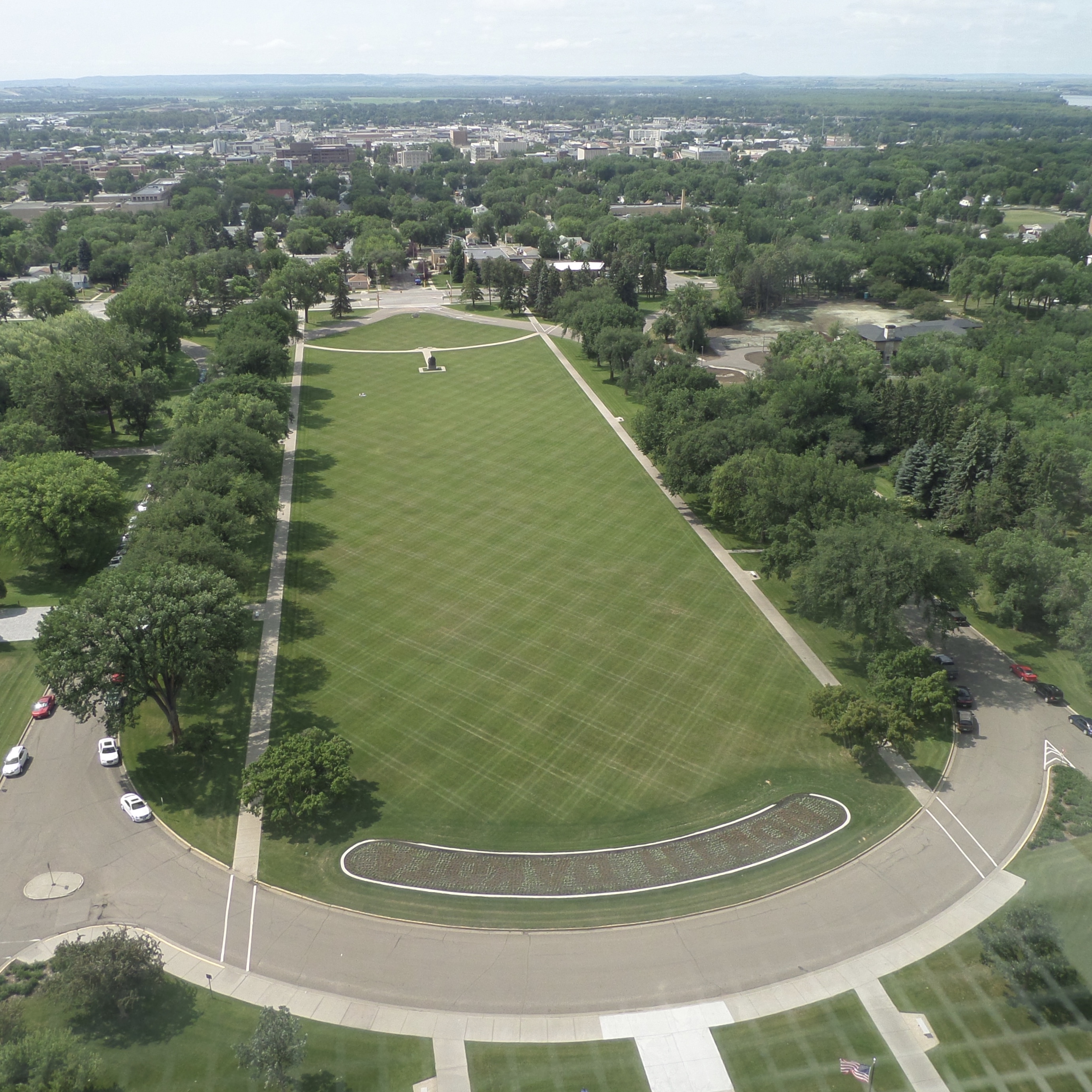 Bismarck ND from the ND State Capitol, June 29, 2018.  (The Pioneer Statue can be seen near the end of the mall – a nearer image is later in this post.) 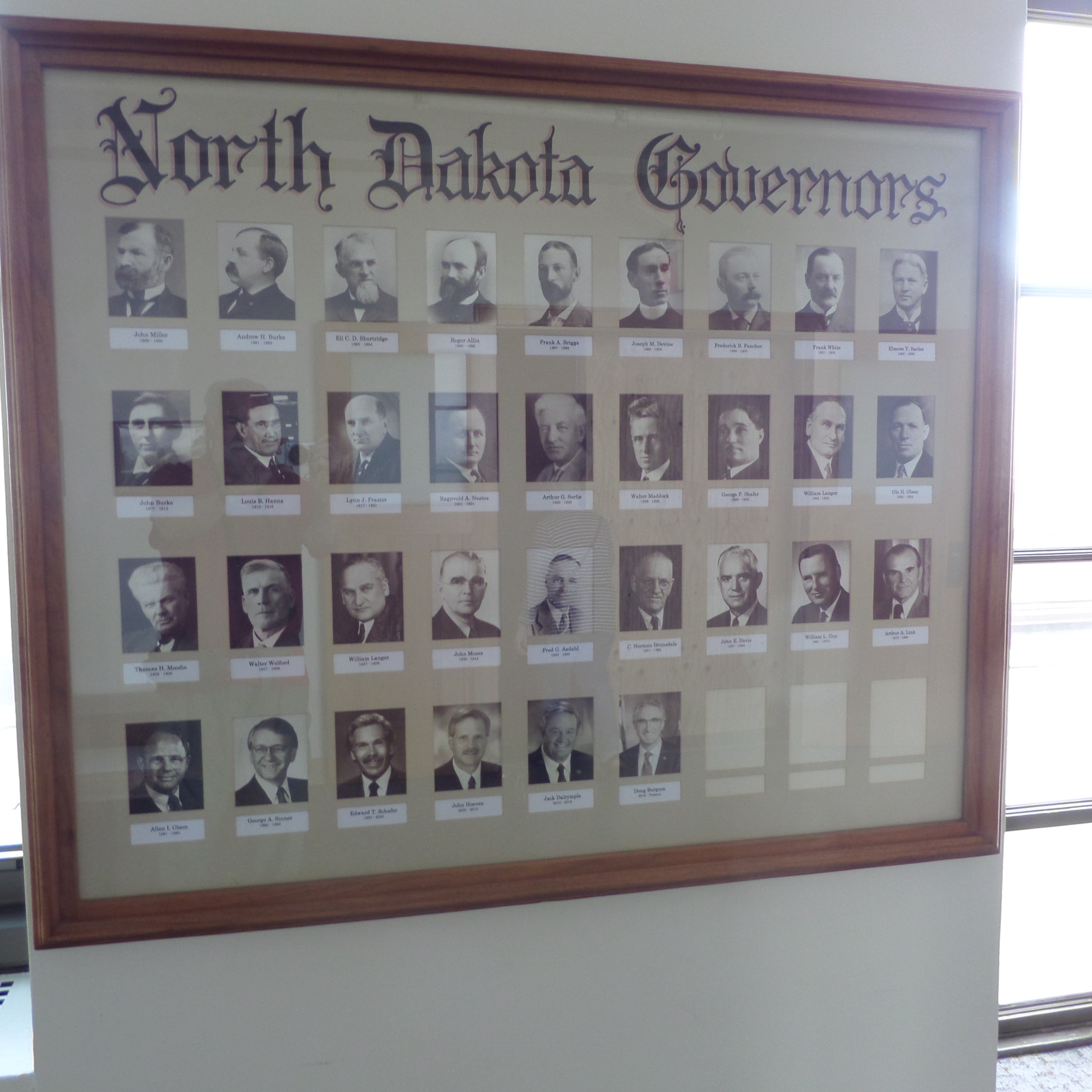 ND Governors, at the observation deck of the North Dakota State Capitol, June 29, 2018

I am a very active student of history, especially family history, and indeed was on the Capitol grounds because I was at the ND History Center on a history project I’ve been working on for years: the history of my own family in North Dakota.

There has always been a healthy – and largely deserved – degree of respect for those we elect to represent us.  Even if we dislike the person elected, there is a tacit acknowledgment that someone needs to lead.

Since the earliest territorial days, certain types of people have aspired to political power.  They have had different philosophies, and strengths and weaknesses, but overall, in our entire history, they generally respected the notion that they represent all of us, especially those with less ability, less power, even those with differing ideas.  So, for instance, it has always been recognized that some citizens cannot live independently; that not everyone has the ability to succeed as defined by the successful; that government has a responsibility to help everyone succeed, and in the process enables the entire society to be a caring and successful entity.

Our grandson Bennie, and his parents, are just three of innumerable examples of a need for greater and larger sense of “community”.  Forty days ago their lives changed, at the bare minimum, for a long, long time.  They could be any one of us.  Where is society for them?  Where will it be for us, when we need it?  Individualism is fine, but finite.  We all need more than ourselves.

A young German, commenting on my previous post, says it very well about today’s political world in the United States: “From early on [Trump] proved that he is NOT a politician—he is a businessman, and leading a country and politics is not business— it doesn’t work that way.”

A synchronous (in my opinion, functional) society must truly care about everyone regardless of capability or belief.  Ours is an irreversably diverse society.  And our leaders, regardless of party, must work together, to accomplish the things that will enable us to survive in a world without borders.  There is no “good old days” to revert to.

Today we are in very serious times.  If you have the time, read “Unending Chronic Discontent” for a longer summary…with a challenge, to you.

At this moment, we seem to be working against our own best interests as a nation.

As July 4th comes around, we are a country dangerously out of balance (think of a washing machine with an unbalanced load), led by too many for whom temporary ability to dominate and control is the domnant  ethic.

The currently dominant faction is a very odd coalition which, through assorted means, has decided to attempt to tilt all of American society permanently into its own definition of normal, even though its ideas are not at all in synch with the mood of much more than an ever smaller minority of the country.

The fantasy to “Make America Great Again” will come at the expense of everyone, including the supposed beneficiaries.

The lust to control is easily visible.  Most recent is the effort to assert long term impact on, and in effect control over, the U.S. judicial system; as well as manipulating election systems to favor a certain demographic.  Or to permanently disempower potential rivals who might make other laws.

All of this has happened before, one time or another, but not to the carefully planned (and technologically assisted) degree that we have seen, particularly in the last generation, and most particularly in the age of Trump, in alliance with the “Tea Party”.

The “odd coalition” of which I speak?  It is greed, in alliance with religious ideologic purists: sort of a modern day parallel alliance of the “robber barons” and the Prohibition advocates of over 100 years ago: different groups working to concentrate wealth and impose social values….  Neither movement ended well “back in the day”, but before their excesses died, they did an immense amount of damage.

Their days were not the “good old days”.

We Americans will survive this, but only with an extraordinarily active citizenry which not only speaks out, but votes, and votes intelligently, paying attention to every candidate who is running for every office in every community in this country.

Working together, we’ll begin to restore balance.  If not, I fear for the future of our nation. 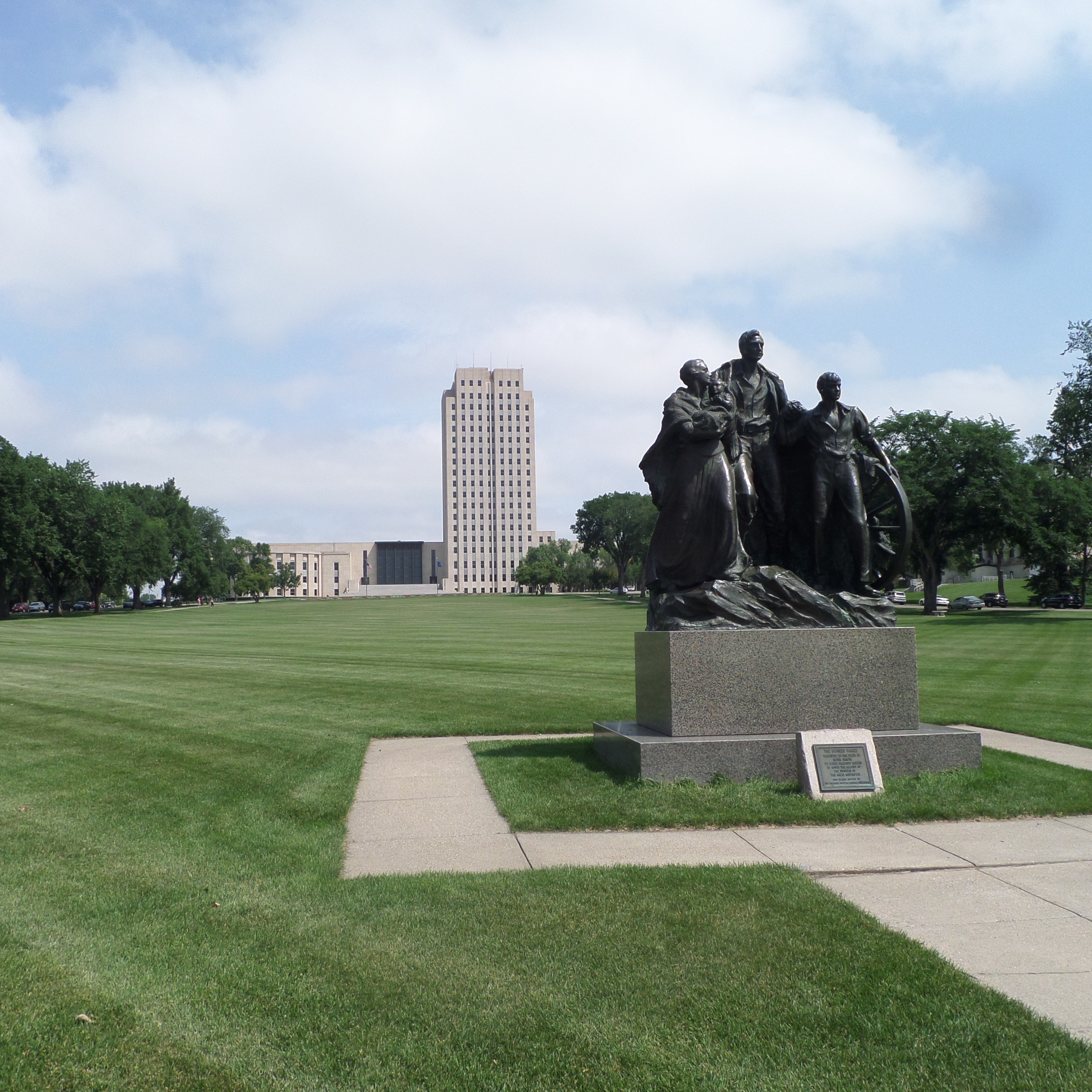 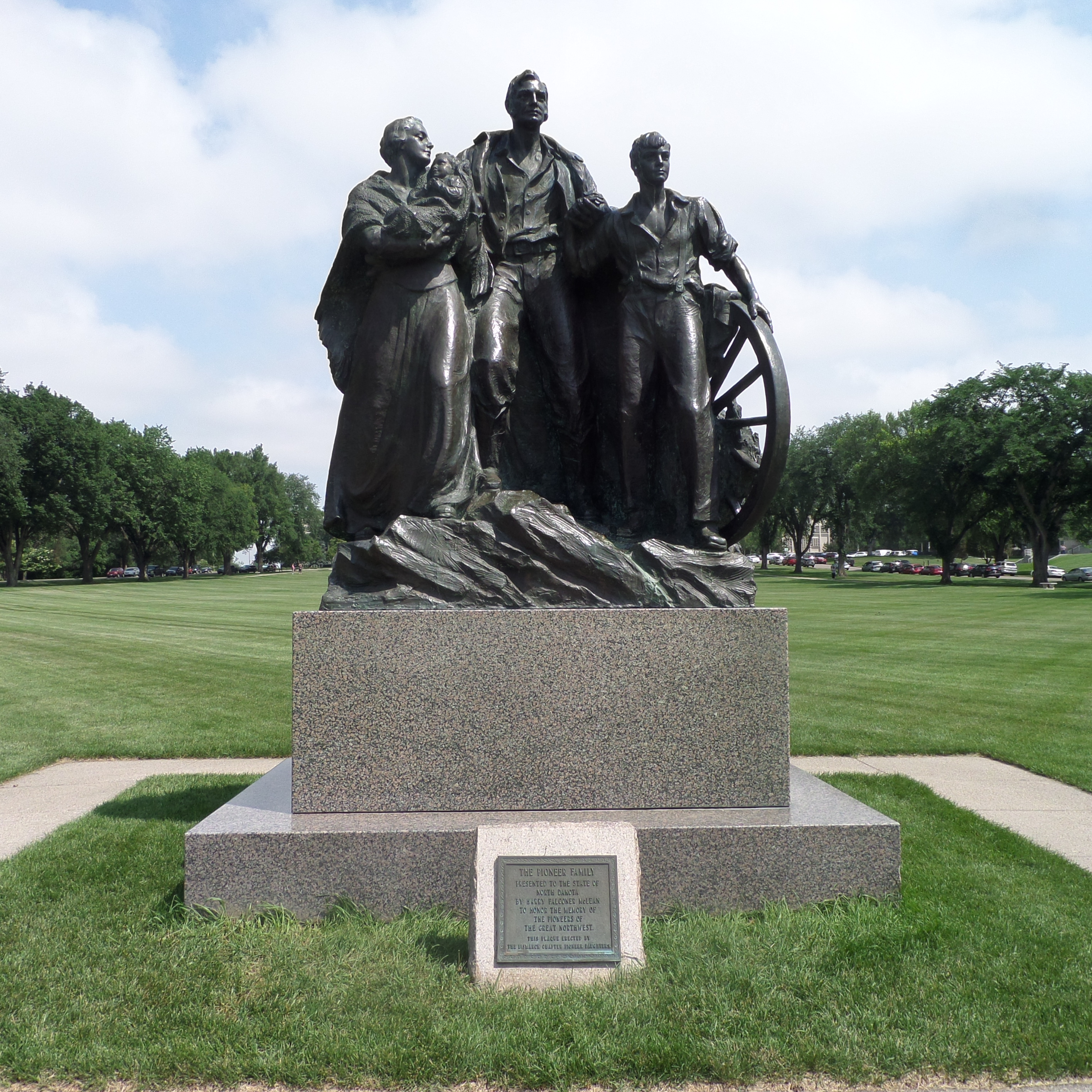 from Mary: Thanks for you thoughts about leadership and democracy. I agree that we are in very serious trouble.Voting is crucial. There are days when I read or watch TV news that I feel assaulted. One of the best things at had I did  for nurturing my spirit was to see the movie “Mr. Rogers Will You Be MY Neighbor” It was fantastic, as was HAMILTON, 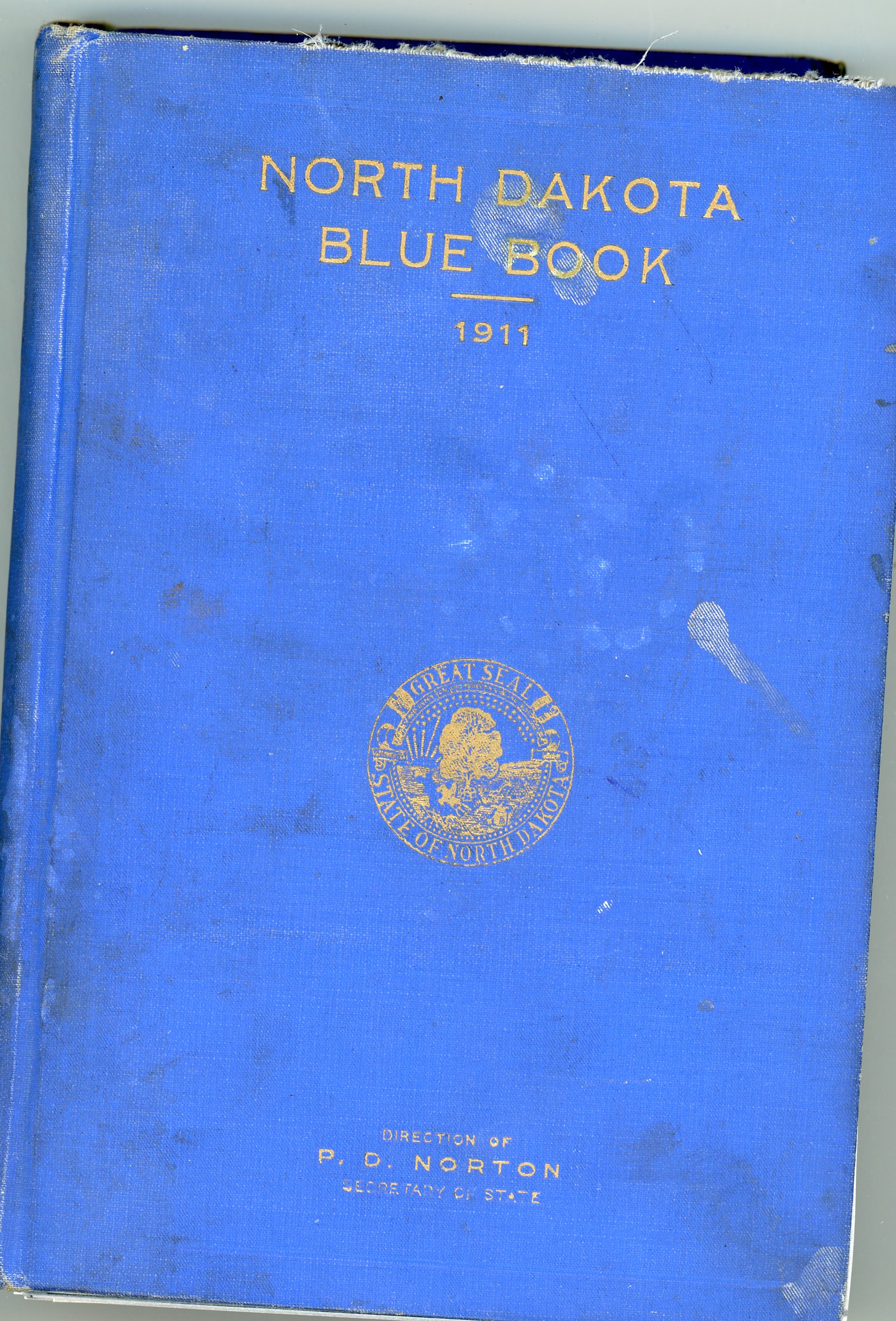 The above old reference book, found in the “junk” at the ancestral farm, helps give context to the political structure of the state of North Dakota about 1911.  The 547 pages, including biographical information about politicians of the time, give excellent context for the below panel, one of thirteen seen at the ND Historical Society on June 29, 2018.  Who we select to lead us matters a great deal. 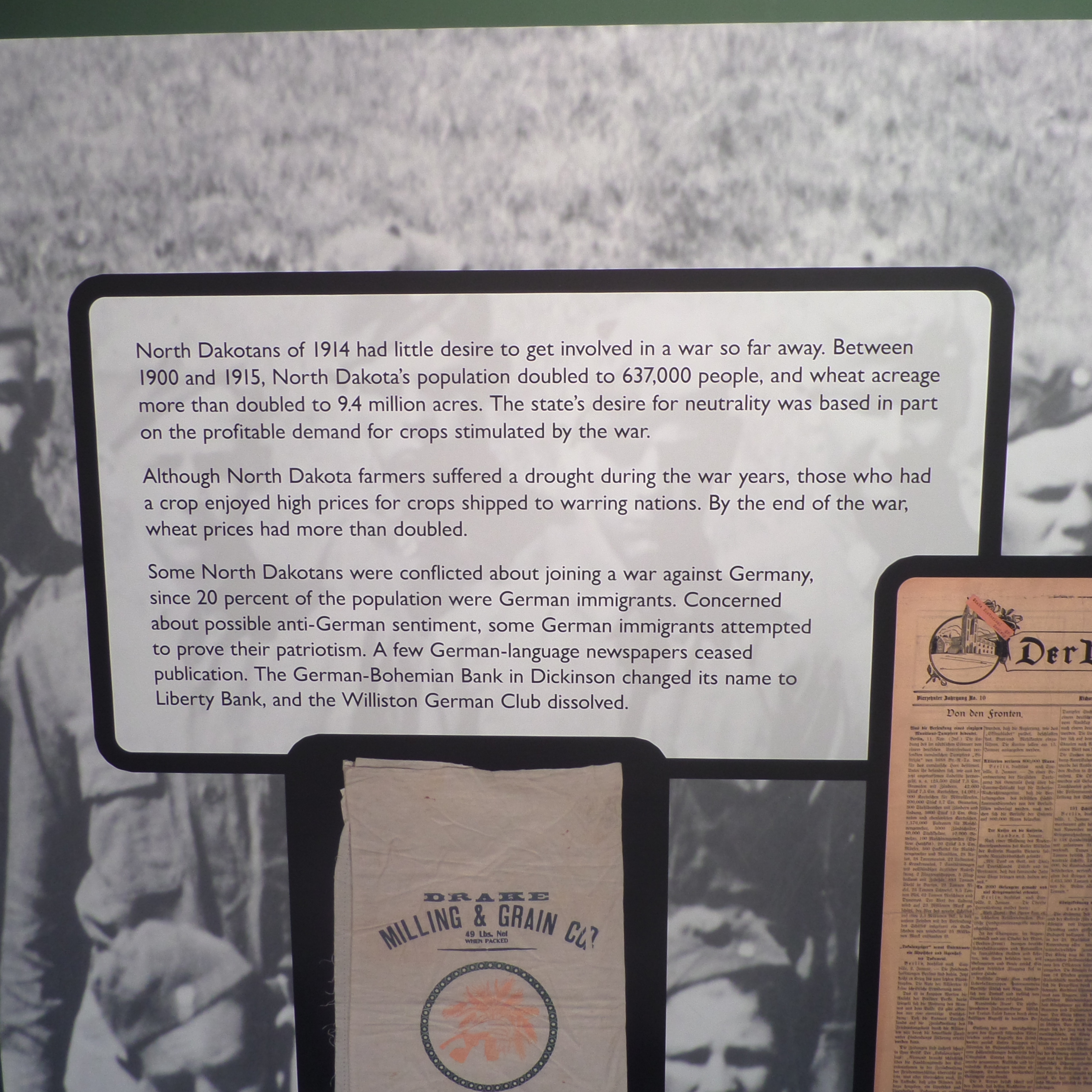 The Politics of Fear and Resentment: From the Heart of Memory. Ronald McDonald House
Scroll to top