A friend in LaMoure County ND saw my recent post featuring Uncle Vincent’s mailbox, and in part replied:  “As a member of the LaMoure Farmers Market, I remember him bringing onions and a few other vegetables to the market to sell.”

This brought to mind a memory or two of Vince, who died five years ago, and was the last of the Busch’s who had occupied and worked the home farm since 1905. 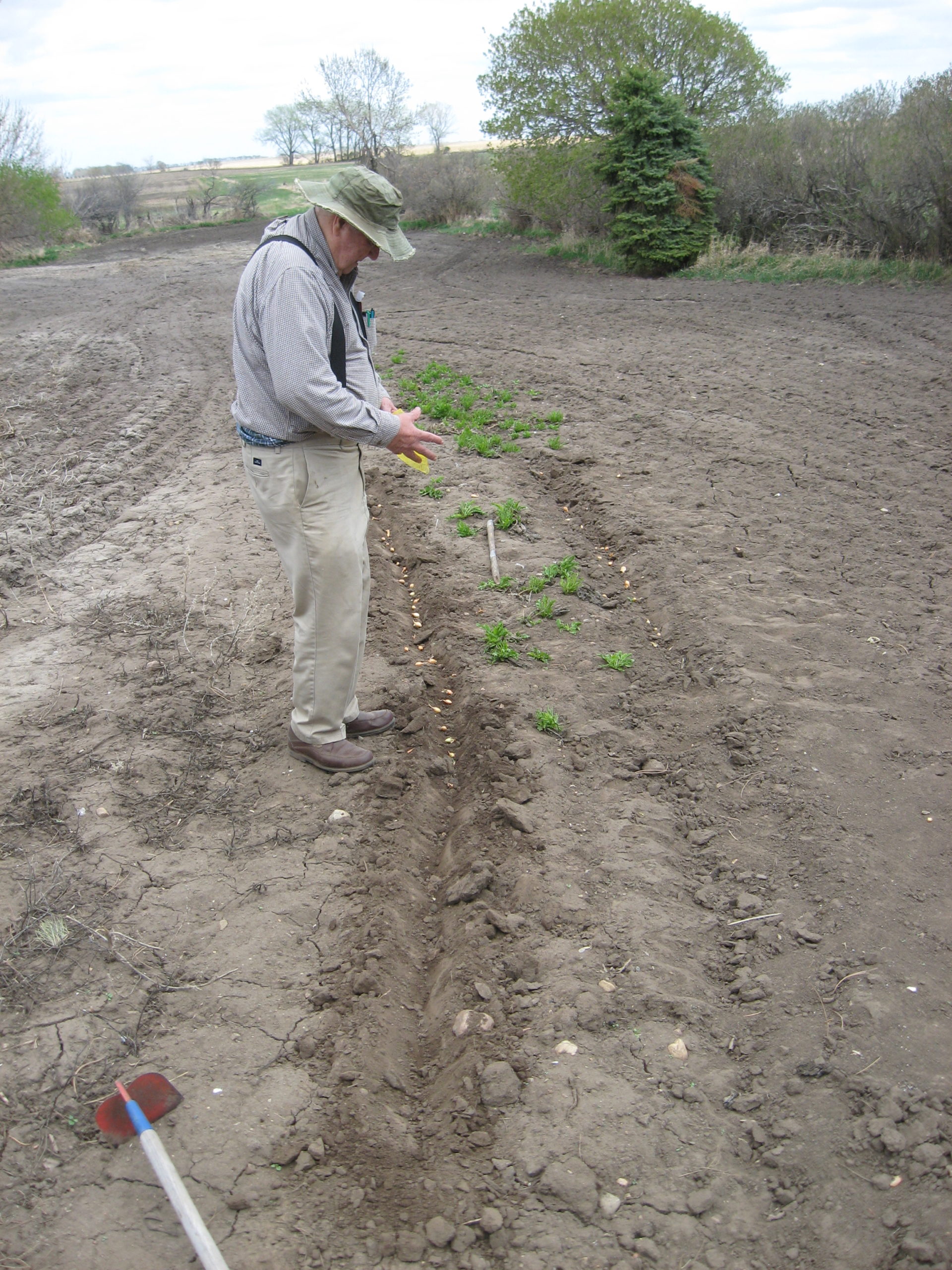 By this day, Vincent’s sister, Edithe, had been in the Nursing Home for some months.  Neither ever married, but really depended on each other.  Part of Vince – Edithe – was missing this May day in their garden, and his own condition was deteriorating rather rapidly;  A few months later his own destination was the same Nursing Home, down the hall from his sister.  She died a few months later.

Their garden space was almost an acre, less and less used as their circumstances changed.  It had once served a large family in a time when canning, rather than canned goods and frozen foods, was customary.  It was always a place to visit.  Sometimes a “crop” was spectacular flowers, specifically planted there.

Each winter, Vince and Edithe got the seed catalogs in the mail, and ordered some seed, planting it in the garden.  Some crops, like sweet corn, were prized by raccoons and deer.  Such crops dropped off the list.  The rhubarb and a couple of apple trees flourished on their own – no help needed.  The garden space was always too large, and each year less and less was planted.

By the time of the photo, Vincents general health was failing quickly, so nothing had been planted in a timely manner.  It would be the first year of no garden.  But he was insistent on planting his sweet onions, probably knowing, deep down, that he wouldn’t be able to nurture or harvest them.  But planting them he did.

At Vincents funeral in Feb. 2015, a few of his farmer neighbors were sharing stories.  One of them remembered a time when he was over to help Vince with something or other.  They took a break and Vincent made a sandwich for his neighbor who, on taking a large bite, found it to be an onion sandwich – not quite what he expected.  But it was a sweet onion, and quite okay.

The group had a good laugh, and I wondered how Vince would have taken the good humor.  He was a quiet sort of fellow; on the other hand, I think at the end he would have been okay with the story, which the others found hilarious.

We all have our stories, and this one, on Labor Day, is dedicated to a farmer who loved his farm and his community.

He’s at peace, and the world is the better for Vincent Busch and the other Busch’s and Bernings having been part of it.