POSTNOTE Nov. 28, 2021:  Last night I finished viewing part 3 of “Get Back”.  I highly recommend taking the time to watch the entire eight hours, in three parts, on Disney Plus.

Give yourself a bit over 2 1/2 hours per segment.

Minnesotans: The Beatle’s appeared once, live, in the Twin Cities, at Met Stadium (now Mall of America) in Bloomington August 21, 1965.  There are several internet references.

I didn’t attend, but I know one then-teen, Catherine, from next door Richfield, who did. She remembered there was so much screaming that no one could hear the songs!  This was a very rough time of transition in my own life: my first wife’s funeral in ND was July 29, 1965, and I returned to a new life in Anoka MN with our 1 year old son about August 10.  August, 1965, remains a blur in my memory bank.  I was working at a part-time job at Lincoln Del in St. Louis Park at the time, and know from a paystub approximately when I returned to work.  I am forever grateful to the folks at Lincoln Del for their help at that time.

At the end of this post is a snapshot I took of Met Stadium, where the Beatle’s appeared, as it was being demolished in May, 1985.

Last night I made it a special priority to watch Part One (of three) of the Beatle’s 1969 retrospective, “Get Back”.  I am going to watch all eight hours (only on Disney Plus).  A local review was in the Minneapolis StarTribune this morning: Beatles.  Roger Ebert reviews the entire film here.  This is a look at history as it was being made, in the raw.  I found it gripping and personal.  It is a choice I was happy I made.

I found “Get Back” to be a celebration of committees, personal and otherwise, that make any society functional.  Yes, the movie is about a marathon committee meeting of the Beatle’s in 1969, with all of the characteristics of any committee on which any of us have ever served.  This may seem a recommendation to pass it up.  Not so.  I found it extraordinarily gripping, much of it on a bland sound stage in England with hardly any audience but the participants, laughing, arguing, on and on.  Any reader has been there, done that many, many times.  Without committees, and tedium, and, especially, disagreement, society wouldn’t function.  Dissonance with a goal of resolution most often leads to positive results….

Personally, I’m just one person who likes music who inadvertently got an early introduction to the Beatle’s during an extremely difficult time in my life – the fall and winter of 1963-64 in northwest Minnesota.

I won’t bother you with the personal story; there are regular readers of this blog who were near bystanders at the time, which happened in the 6 months between discharge from the Army, President Kennedy’s assassination, and the birth of my oldest child, Feb. 26, 1964.

The ‘snip’ version: I was driving by myself between Grand Forks ND and Hallock MN sometime in the Fall of 1963 when the AM radio station played the first Beatle’s tune I had ever heard.  I don’t remember the specific tune, but I’ll not forget the setting: a long lonely country road in the middle of nowhere in the Red River Valley of far northwest Minnesota.

Fast forward a month or two: we invested about $100 in a 9″ black and white television – time payments of maybe $10 a month.  And on February 9, 1964, I watched the Beatle’s on that TV, when they appeared on the Ed Sullivan Show in New York City.

I remained a casual fan of the Beatle’s – I don’t think I ever bought so much as a single record – but when Yellow Submarine came out as a movie in 1969, I was right there with son Tom, then 5 years old, at the theater in Minneapolis.

The Beatle’s, committee that they were, were an immense success.

Take time to check in with Disney Plus.

November has been an active month in the personal blogosphere.  And there seem to be three more to come – at least, I’ve personally scheduled them – through December 2.  They are as always just me.  Usually something over a couple of hundred at least take a look; quite often a few folks comment, or I add an amendment. 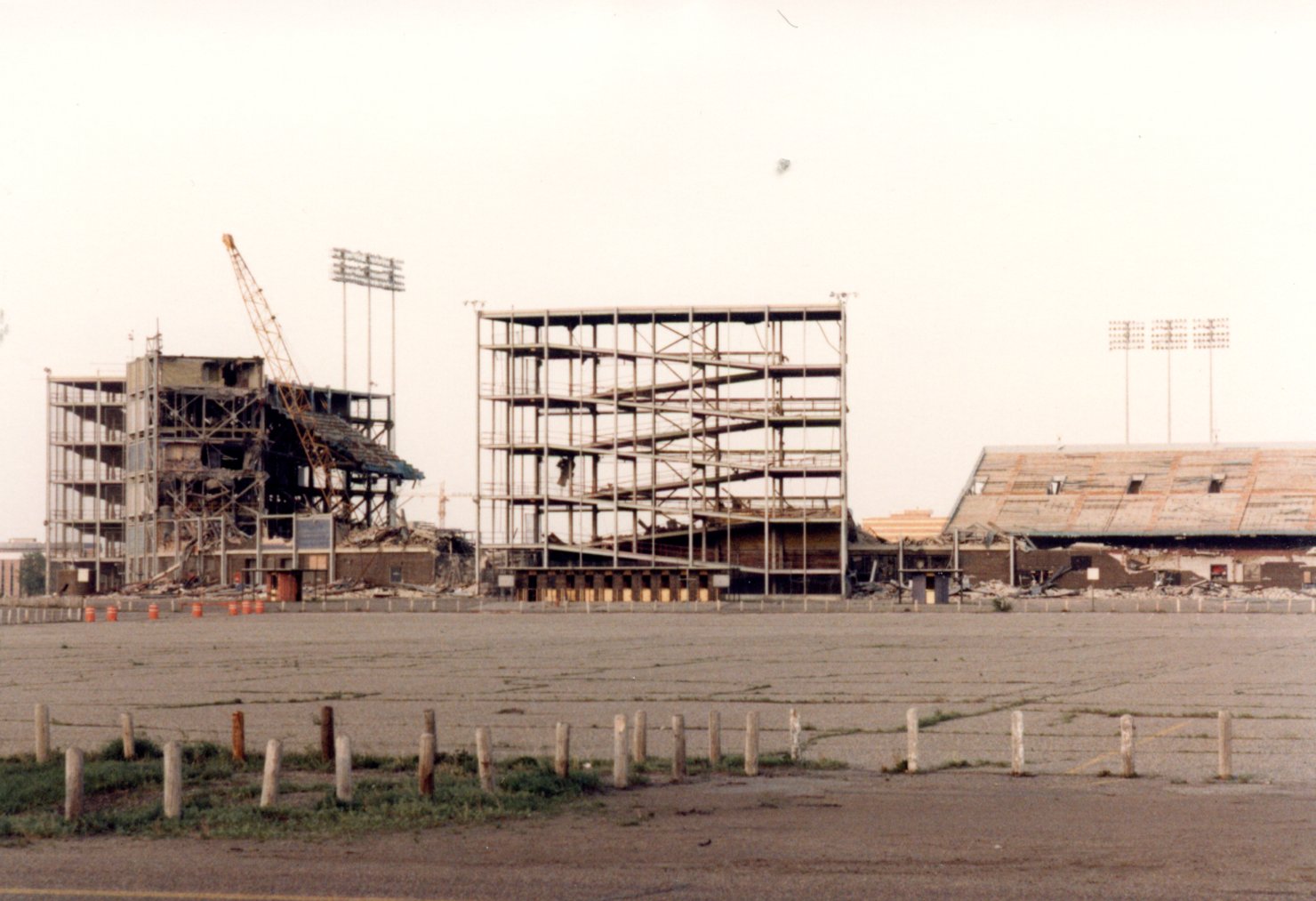 Met Stadium from the right field side, as it was being demolished, May, 1985.

POSTNOTE, Nov. 29:  Sunday night, immediately following 60 Minutes, was a CBS Special – the 95th birthday for Tony Bennett, featuring Tony and his friend, Lady Gaga at Radio City in New York City.  It was phenomenal.  Here’s a couple of snapshots I took of the TV screen: 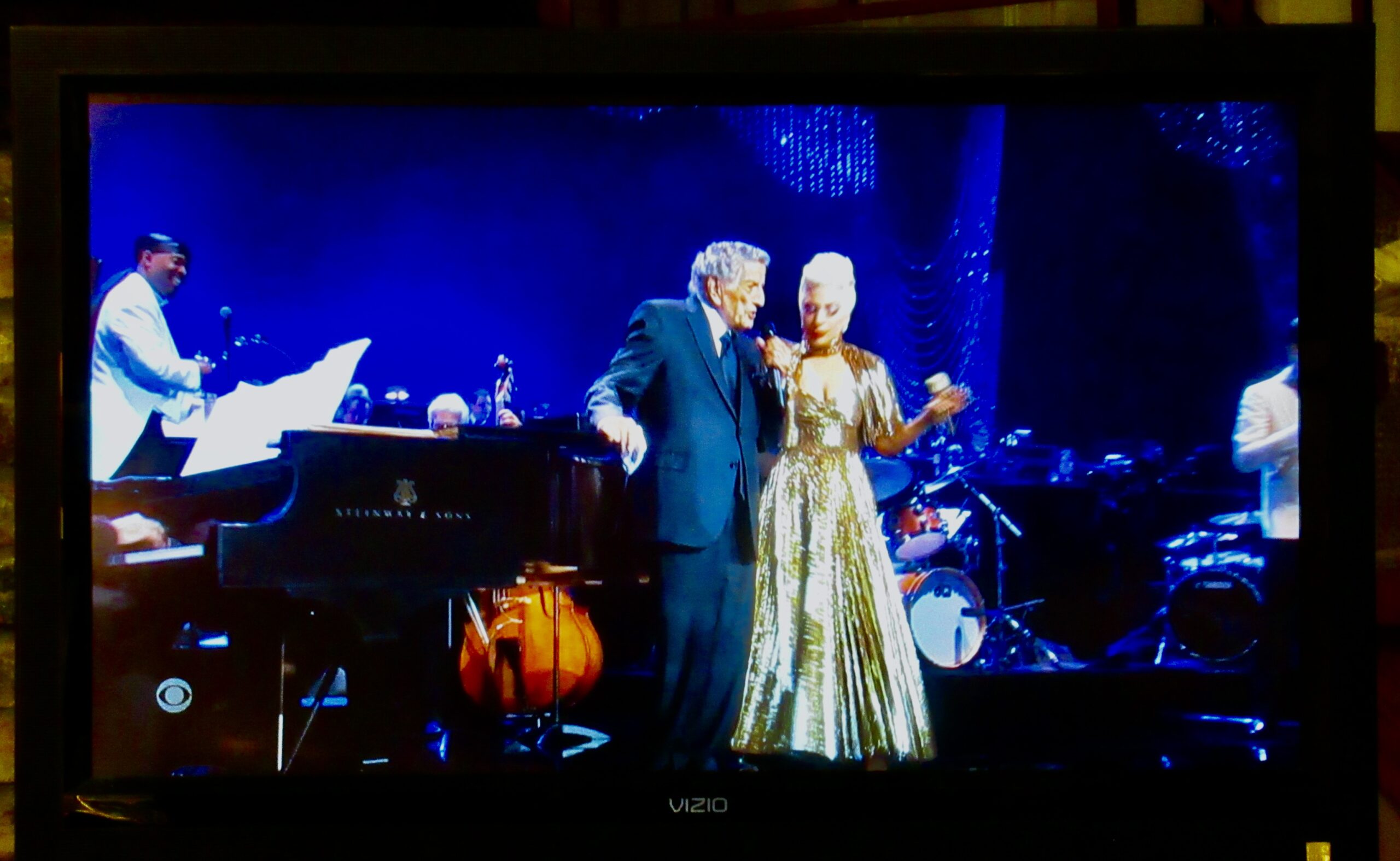 The live program was August 3.  Artistically it was perfect.  Everyone knew, but there was no mention, of the back story – that Tony Bennett is at relatively late stages of Alzheimers, and except for near perfection in performance, he is handicapped like all others with the disease.  In fact, early on in the program Cathy took a phone call from our friend, Don, who was recently moved from his home across the street to memory care facility.  He had called us by mistake.  He didn’t recognize my wife, who he know very well over a number of years.  That is how life is.  What is normal changes when your memory goes….

What really attracted me to The Beatles was that it was from extensive filming at a distinct period of time involving the band members and others preparing for final concert.  Even in their case I keep in mind that the producer of the film chose what portions of a great amount of raw footage from a month in 1969.  This is the nature of any recorded program.

It was no different for the Tony and Lady show last night.  We only saw the 40 or so minutes selected from all of the filming on August 3.

The final result in both cases was phenomenal.  But there is always a ‘rest of the story’ that we need to keep in mind any time we see or hear recorded presentations.

Then there is the matter of the personal memory bank – our own.  I know what I remember from 1963-64 and the summer of 1965, but how accurate is my memory?  Partially, I was assisted by having kept some contemporaneous paper records in 1965, but nonetheless, I know that my personal recollection are not necessarily accurate.