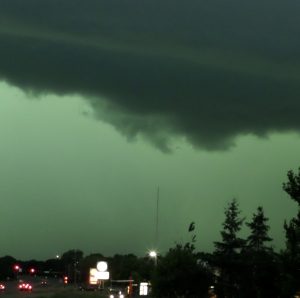 Two weeks from today, July 28, is the opening, in selected cities nationwide, of “An Inconvenient Sequel: Truth to Power“, the followup to the 2006 film by Al Gore, An Inconvenient Truth.

The general opening nationwide is August 3, 2017.

Whenever the Twin Cities is one of those places that plays “An Inconvenient Sequel: Truth to Power”, we’ll be in the audience.

Details on show times and places will be available here.

Of course, I have not seen the 2017 film – it is not yet released. Someone who has both seen the new film, and heard Al Gore talk about it, is this person, Hani Nam, from Los Angeles, May 2017.

June 16, 2011, five years after the release of An Inconvenient Truth, I attended a talk by a respected local authority on Climate Change, Prof. John Abraham. In the q&a session following the talk, I asked the Professor for his perceptions of the accuracy of the film. You can read his answer at the post I did then, here. Prof. Abrahams comments speak for themselves.

It is hardly a secret where we are at this moment in history…indeed, the preview clip of An Inconvenient Sequel hi-lites the problem going forward.

When an “Inconvenient Sequel: Truth to Power” plays in your area, make a point to not only attend, but to get active.

The solution – the Power – is in every single one of us.

As a society, we seem to have become addicted to denial of reality, because we can to a certain extent deny reality. Most of us have the money to turn up the air conditioning, or turn up the heat, or in other ways to avoid the natural realities of bad weather, as I was able to avoid the bad weather coming through on June 11 (the photo which leads this post). I was in my car, and could turn around when it appeared it was foolish to continue into the rapidly approaching storm. I am also aware, however, that my personal environment, in a heavily populated city, is always potentially at risk. Cynically, best the tree fall on somebody elses house, or someone else lose power for an entire day (as happened about 24 hours ago in other suburbs of my metropolitan area.)

But everyone of us, everywhere, is in the same kettle, it is called earth. We have the same home….

There is one simple distinction which we all need to learn, and that is the distinction between WEATHER and CLIMATE, here provided by the National Weather Service: “Weather – The state of the atmosphere with respect to wind, temperature, cloudiness, moisture, pressure, etc. Weather refers to these conditions at a given point in time (e.g., today’s high temperature), whereas Climate refers to the “average” weather conditions for an area over a long period of time (e.g., the average high temperature for today’s date).”

Weather is that nasty cloud which leads this post. Climate is the much broader and longer term patterns of weather which do not respect human borders, and are the focus of the science of climate change.

In my opinion, an unfortunate semantic mistake was made early on when the conversation focused on the term “global warming”, true in a climate sense, but easily ridiculed by reference to oddities of daily weather. Ridicule does not change reality…it does make conversation and resolution more difficult.

Humans with adequate financial resources can basically and temporarily deny the impacts of climate change. For everyone else, including plants and animals, who live within the reality of heat, cold, wet, dry, the potential for surviving change is less certain.

We advanced humans are effectively cooking our childrens future, and that of other living things as well.