PRE-NOTE, September 11, 2017: PRE-NOTE September 11, 2017: This post, and a preceding one May 31, 2017, here, began with a casual observation driving home from church on May 31, 2017. That observation has led to 1) a lengthy discussion of two related issues – the hanging of 38 Dakota Indians at Mankato MN – the Scaffold; and the massacre at Whitestone Hill in Dakota Territory – which happened in the same time period in 1862 and 1863 at two locations about 300 miles apart in Minnesota and then-Dakota Territory, later North Dakota. Here is the geographic relationship of the two sites. 2) a consideration of how significant events like these are commemorated.

A recent addition to this post is September 11, 2017, and outlines the history of events at Whitestone Hill, from the 2013 150th anniversary of the massacre. Here: Whitestone Hill 2013001

It is hoped that all of the events described can be helpful to all parties seeking to better understand events of history and their commemoration.

NOTE: at the recent Nobel Peace Prize Forum at Augsburg University (Sep 14&16) I heard, for the first time, of the Red Rock at Newport MN, sacred to the Dakota. Sep. 19 I went to see the rock in person. It is only four miles from my home. Here are two photos: 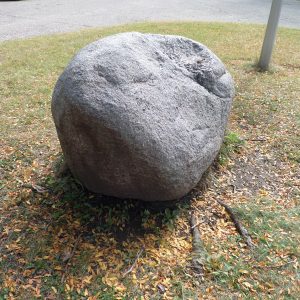 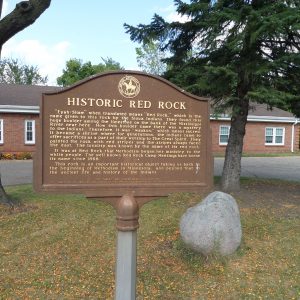 Here, in pdf form, are the statements of the Artist and the Executive Director of the Walker Art Center on “Scaffold” from May 29 and May 27 respectively: Sam Durant Statement May 29, 2017. These are found under the tab “NEWS” at samdurant.com At the same website, under “PROJECTS”, click on “Scaffold” to see the now removed art work.

POSTNOTE 8:02 a.m. June 2, 2017: There are several letters related to the Scaffold in today’s Minneapolis Star Tribune, as well as a column by citizen Timothy S. O’Malley in the June 1 issue of the newspaper. You can access these letters and column here. Click on tab “Opinion”. In today’s issue, as well, is a long article about the controversy in the Variety section. 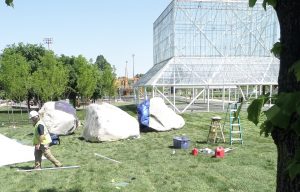 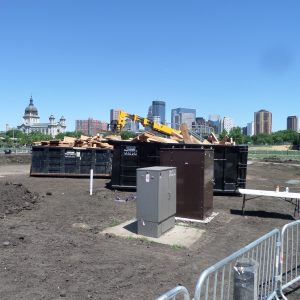 POSTNOTE: Thursday, June 8: At the Walker website are two statements about the Scaffold situation: You can read them here May 31 and here June 5.

POSTNOTE: Saturday afternoon, June 10, 2017 I visited the Sculpture Garden this morning, about 10:30 a.m., right after it opened. It is a lovely place, of course. My mission, though, was to see the site of the Scaffold, which I had first seen 13 days ago. Here is a “before and after”. 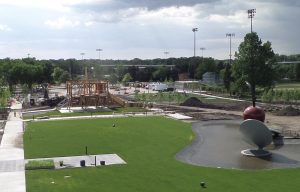 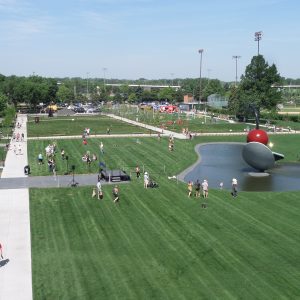 In the two photos you can see the common elements – including where the Scaffold used to be.

Where the Scaffold and its concrete base used to be was freshly laid sod.

I walked around for awhile, and the most vivid sight this hot, sunshiny and very windy day was what I’ll dub the “wind chime tree”, literally what it was. It added its music to the environment. 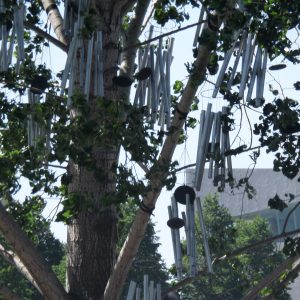 Through out the garden were patches of earth, each of which was identified with a sign, as below: 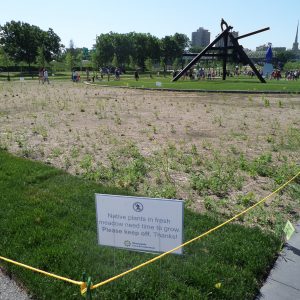 Wouldn’t it be nice, I thought to myself, if the site of that now destroyed Scaffold would have the sod removed, and replaced with the same future possibility as these natural areas….

Visit the Sculpture Garden some time. You’ll enjoy it. And think about how we can do things a bit better.

from Dick, July 6, 2017: A general e-mail from the Walker Art Center about the debate about the Sculpture, received on July 5 from Anne Gillette Cleveland and David Goldstein:
Dear Community Member:

On behalf of the Walker staff, we appreciate your honest feedback regarding the acquisition, placement and recent dismantling of the Scaffold sculpture in the Minneapolis Sculpture Garden. We humbly acknowledged that we were “learning in public”, as we quickly understood the pain we caused the Dakota people and many others.

Going forward over the next 3-6 months, we will be transparent about how we conduct community outreach for future public artworks, re-build our external relationships with the Dakota people and broader community, and be better stewards of the public’s park across from the Walker Art Center.

Please accept our apology for any harm that we have caused. We hope to earn your respect once again.

Two photos taken on a visit to the Sculpture Garden on July 2: 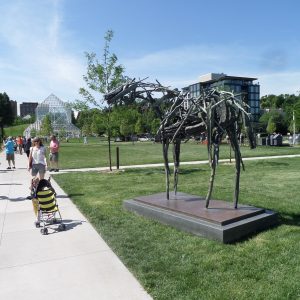 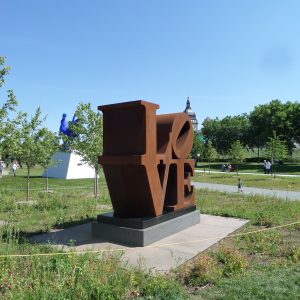 At the Sculpture Garden, Minneapolis, July 2, 2017

An example of what I felt was a misuse of a symbol at the International Peace Garden (ND/Manitoba) which I saw in July, 2009. You can read about it here.

It is included in my response to the July 5 memo quoted above: Walker Staff001

Dick Bernard: The Scaffold (a Sculpture, a Gallows); with reflections on Whitestone... Global Solutions Minnesota: “Russia: The New Cold War” with Todd...
Scroll to top