This may appear to be a ‘miscellaneous’ post.  It is not.  If you have any interest in heritage, in my case, French-Canadian, you will possibly find something of interest within…something which may jog your own memory.

On the other hand, you may not be interested.   There’s plenty of very serious stuff to consider, but let’s divert for a week or two.

My sister, Flo, seems to have a family trait which I share: “reuse and recycle”.  So when I got the below postcard from her a short while ago, it reminded me of the premiere event we attended at the rural Minnesota resort, Val Chatel, probably back in the 1970s.  The postcard says this: “Vikings!  A two hour live play on a magnificent outdoor stage surrounded by the beauty of the Northwoods.  Fascinating family entertainment, colorful costumes, exciting music and spectacular dance.  All new ampitheater located at Val Chatel on County Road 4, 16 miles north of Park Rapids, Minnesota.” 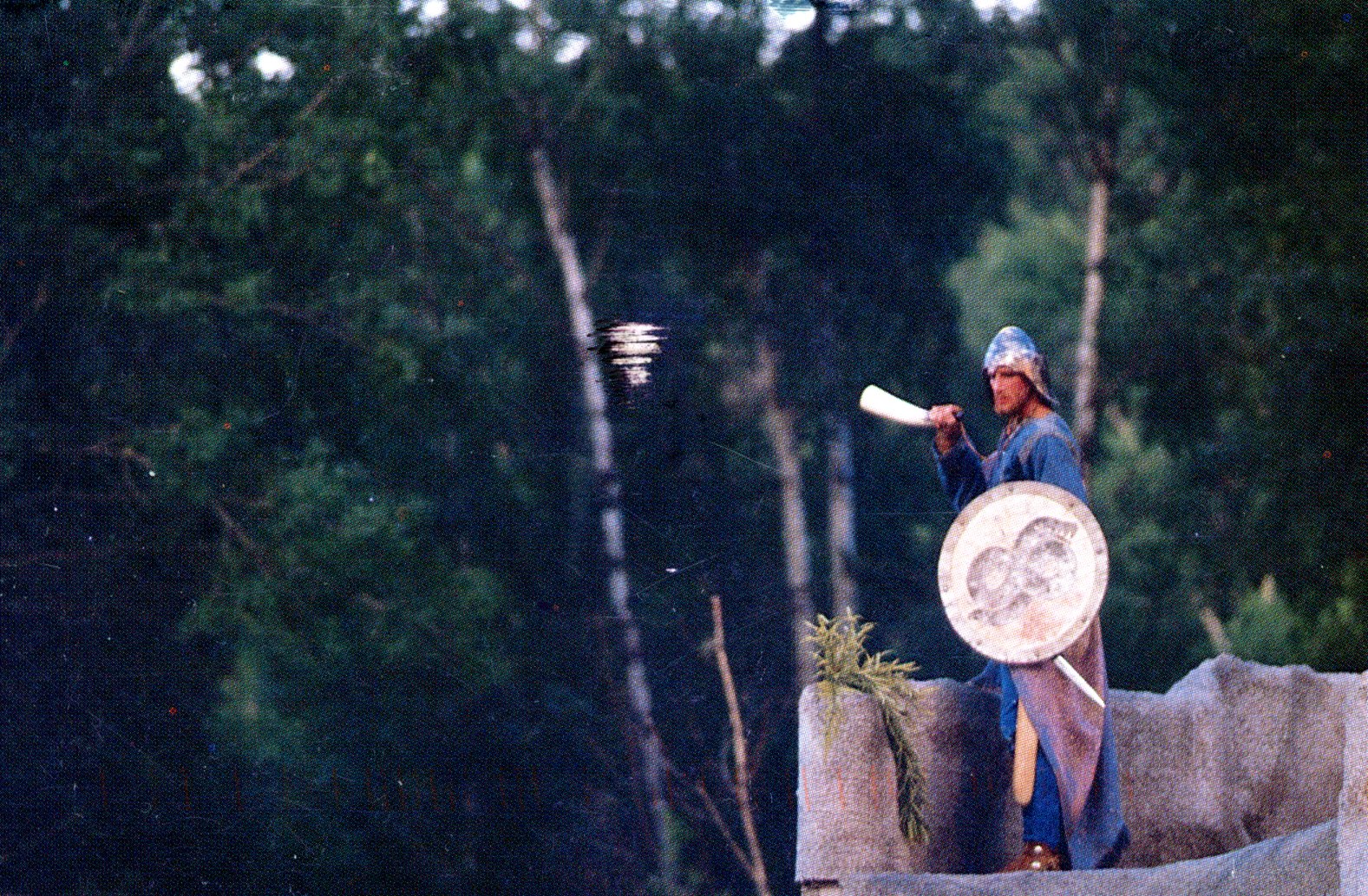 It was a nice night; the mosquitoes were manageable, and the Vikings did cross the lake, and land!  A nice evening.

Such spectacles are hard to maintain in rural areas.  “Vikings”  is in the category of ‘long ago’, now.  Val Chatel, then a happening place, descended nearly into ruins, and when I googled it recently, I found it is being resurrected as part of a public land trust for a park by a private donor.  That story is interesting in itself.

A popular Quebec song is here.  (It’s satire, but within satire is truth….)

The remainder of this post is primarily links about history and heritage.  If you are interested, these are interesting pieces for your spare time.  If not, have a good Easter and Spring.

Finally, the title of this post is “Rebirth”.  Spring.  Easter…. Your choice.

I thought it appropriate to share the flowers (below), planted by my Aunt Edithe at her then-home in rural LaMoure ND.  She had been in assisted living, then in Nursing Home for some months when the 2013 growing season came, and the flowers came to their own conclusion and grew of their own volition, with no outside help.  Edithe died in 2014 at the age of 93.  She lives on is these flowers.  Who do you remember, this day? 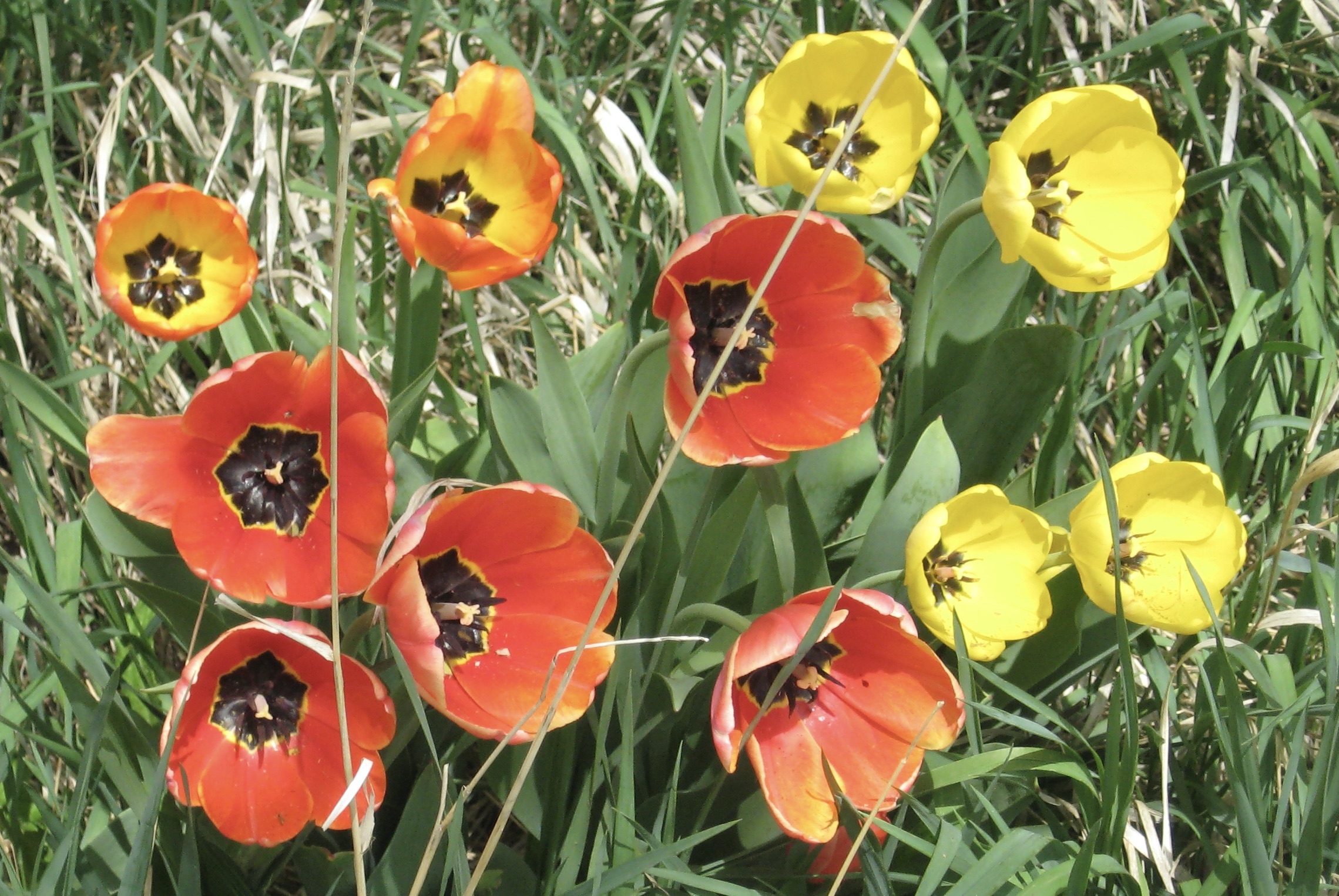 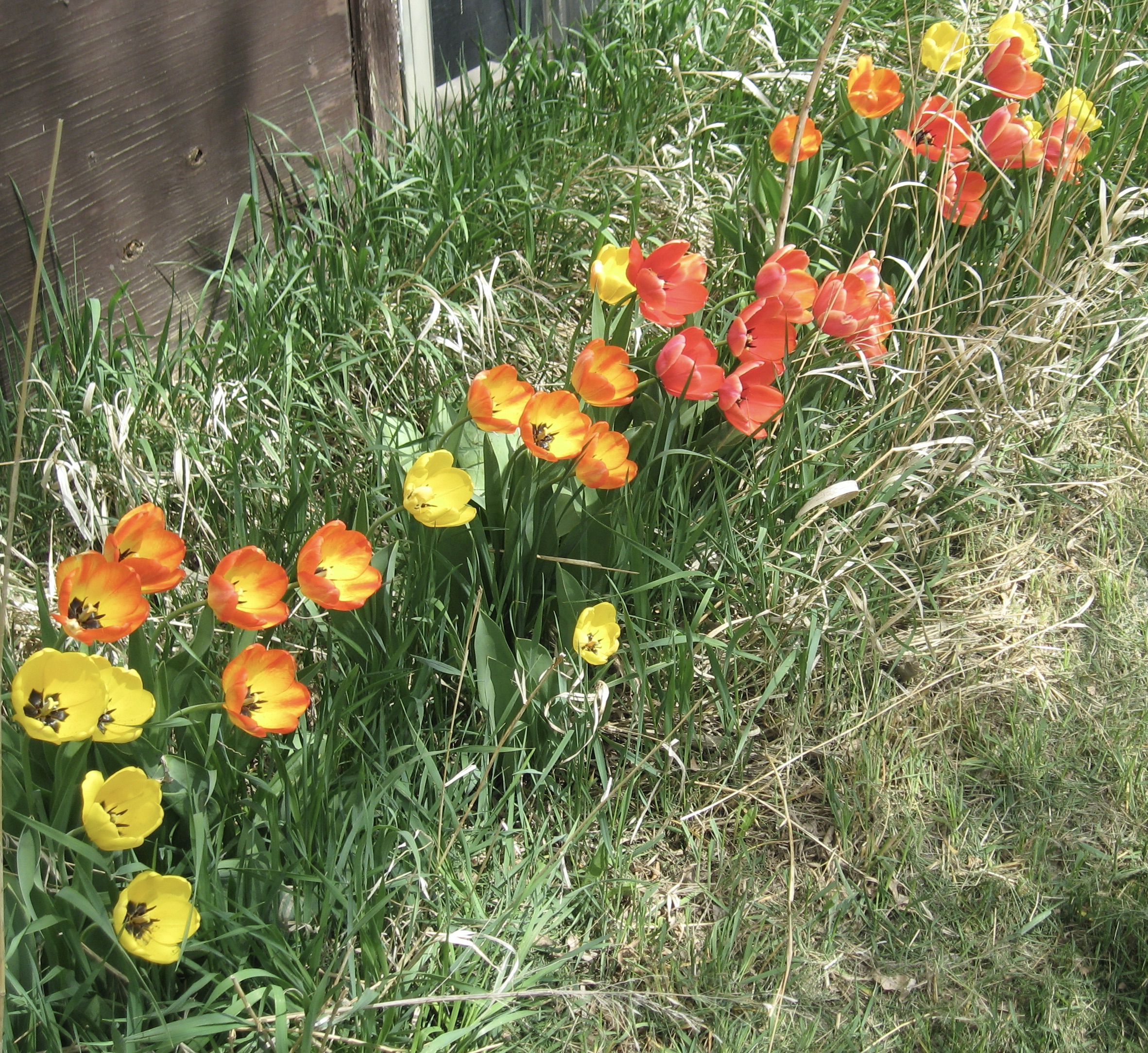 Have a wonderful Easter.

from Emilie (see #3 above):  So nice to hear from you, and thank you so much for sharing your blog with me. I am honored to be mentioned in it. I am awaiting answers for the exhibition. It might be with National Geographic, a partner institution, or a different outcome. The decision isn’t mine. I will keep you all posted as soon as I know.Have a lovely weekend.

from Fred: You Frenchies are getting organized. You and your group have helped generate a lot of interest. As I mentioned to you, the stories related are not nearly as well known about the Brits and Old Stock Americans.

I’d like to get an audience like that speaker on the Gervais family had. Of course they were almost all related. It was a very well organized and illustrated talk; liked the maps.

Kudos on your voice appearance [in Emilie’s preview, I have two very brief appearances at about 2 minutes in]. I could pick you out. It was wise not to have actual photos shown for security and other reasons.

from David Vermette, author of the book “A Distinct Alien Race, the Untold Story of Franco-Americans” (simply search the title.  This is a very well received and worthwhile book with many reviews.)

David’s comment: Your blog post and book project both sound interesting.
I read a good book that might also interest you: “Les Voyages de Charles Morin.” It is a diary of a French-Canadian who leaves his home and travels all over N. America before settling in Argyle, MN where he becomes one of the elders of the town. It’s not fiction but a translation of Morin’s journals. It’s a fascinating peek into the mind of a person who was very like our ancestors. I reviewed the book but the review is behind a paywall. Here’s another review by Susan Pinette. If you have not read Candace Savage’s “Strangers in the House” I also recommend that one, too.
Thanks for getting in touch and please do let me know when your book is released.
Note to David and all from Dick:  David’s review of the Morin book appears to be of the French academic translation of the diary.  Morin’s great grandson Jim Morin, has published an English version of the same diary, “Charles Napoleon Morin Memories of My Travels and Adventures”.  This is also available on the internet.  I have this version and it is very interesting.  Jim Morin lives in the Twin Cities, and has given a talk on the book for the French American Heritage Foundation.  I couldn’t attend, but I understand it was very interesting.
The Dayton book referred to above will probably be available later in the summer, and details will be at the website of the French-American Heritage Foundation.
https://thoughtstowardsabetterworld.org/wp-content/uploads/2022/04/thoughts-300x138-1.jpg 0 0 dickbernard https://thoughtstowardsabetterworld.org/wp-content/uploads/2022/04/thoughts-300x138-1.jpg dickbernard2022-04-09 09:23:112022-04-10 16:43:13Rebirth
3 replies