Eight days from now we’ll have some idea what we have decided through our own ballots.  We seem to have a fantasy that it is the politicians who make bad decisions.  It is the voters who elect them that make all of the decisions about who will represent them; most especially, those who don’t vote at all, or vote with no knowledge of the implications of their vote.  In the end we have only ourselves to blame.

I marked my own ballot on Sunday night, and mailed it on Monday.  I have exactly the same power as anyone else.  No more, no less.

Never in my life have voters had such a stark choice as this year.  We decide our fate.  We truly are stuck with it.

I live in Minnesota.  Google tells me I’m 15 miles from Wisconsin – a very easy freeway drive.  Maybe 20 minutes.   Most recently, I was there in September.  It seemed every bit as hospitable as here…you wouldn’t believe this from television ads – in both directions.

A few days ago my friend, David, sent a photo he took of Mandela Barnes, candidate for U.S. Senate in Wisconsin. 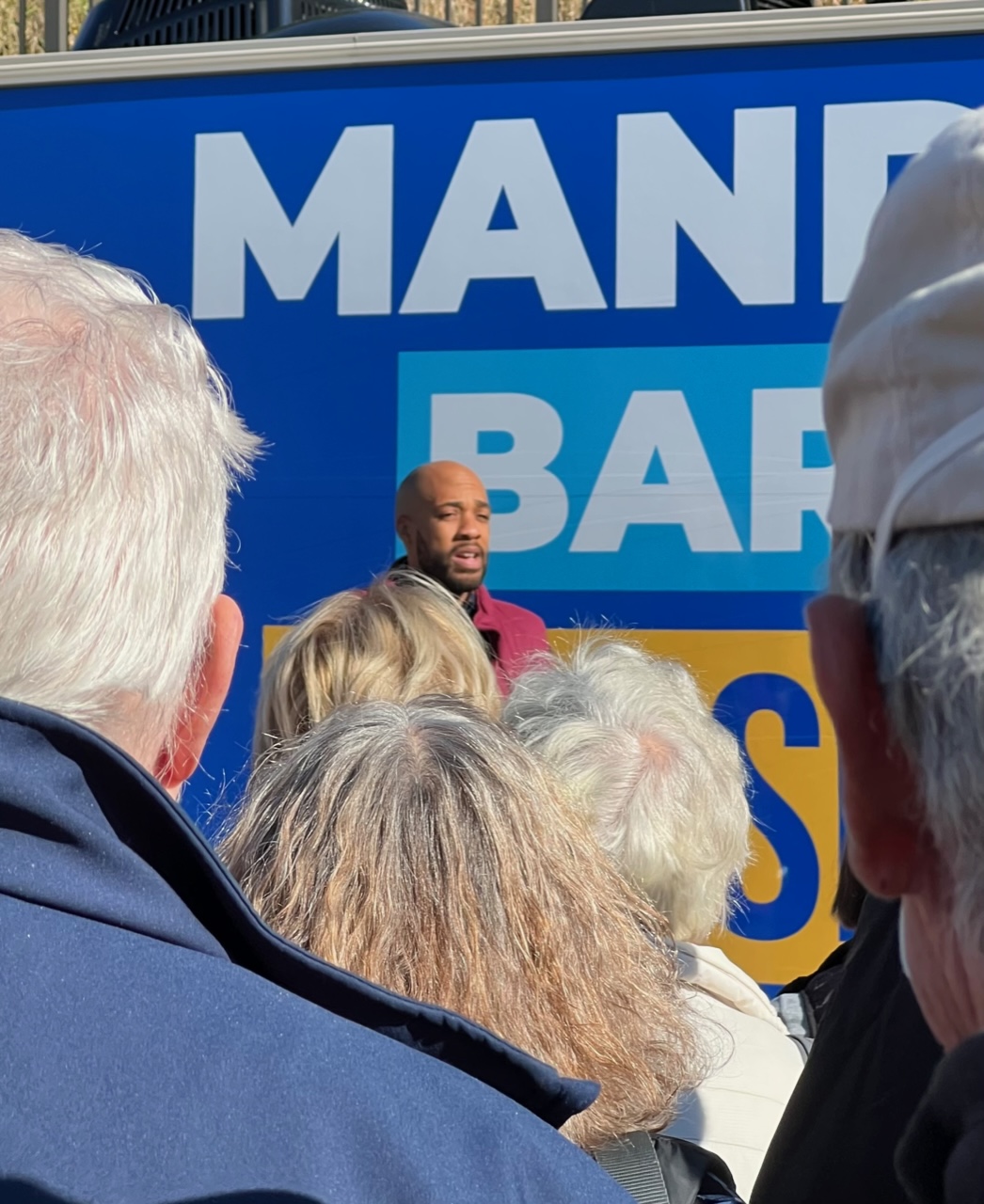 David’s comment was brief, but succinct: “We attended a rally for the “other” Mandela on Wednesday in Hudson. He’s a very sharp and articulate guy.”  Of course, as a Wisconsin voter, he already knew this.  Who will prevail in that race?  We’ll see in not too long.

Wisconsin and Minnesota are separate states – I have as much authority over Wisconsin policy, as my friends across the river in Wisconsin have on Minnesota.  We may as well be Ukraine and Russia.  Especially this year, the decisions one state makes may have stark impacts on the others.

A final note: Joyce sent along a Tom Sullivan commentary about President Obama’s stump speech in Michigan a few days ago.  She said “Well worth reading and listening”.  Here’s the link.  It’s worth your time.  I had heard substantial parts of the speech live.

Many of you have voted, as I have.  If you haven’t, exercise your right to vote based on the positive qualities of the best candidate for each office. And encourage others to vote as well.

For the last time, here are the links if you need information:

Information for a Minnesota voter can be seen here.  National information here.  NBC has a Plan Your Vote site as well.

Episode 5 of Rachel Maddow’s outstanding Ultra series is now available on line. I listened last night. The series takes the blinders off about this nations very close call with fascism…and we are by no means out of the woods yet.

from Molly: very strong clip by Rachel Maddow, and very well & concisely spoken, about 5 minutes.  Re Paul Pelosi being attacked, and the depth of its significance.