Wednesday nights TV news reported on the toppling of a statue of Christopher Columbus on the Minnesota State Capitol grounds. Yesterday, I went over to see for myself.  I didn’t even know the statue existed, and after inquiry finally found the site, directly across Cedar St from the present Judicial Center, which years ago was what I remember as the Minnesota Historical Society.

On the pedestal where Columbus had stood since 1931, sat  a man.  I asked if he minded if I took a photo.   He said “thank you for asking”.  Our conversation was very brief and low key.  As I recall, he said he was a sculptor himself, and damaging works of art bothered him  He pointed out where the statue had fallen, about where I was standing.  I didn’t ask, and he didn’t offer, his name. 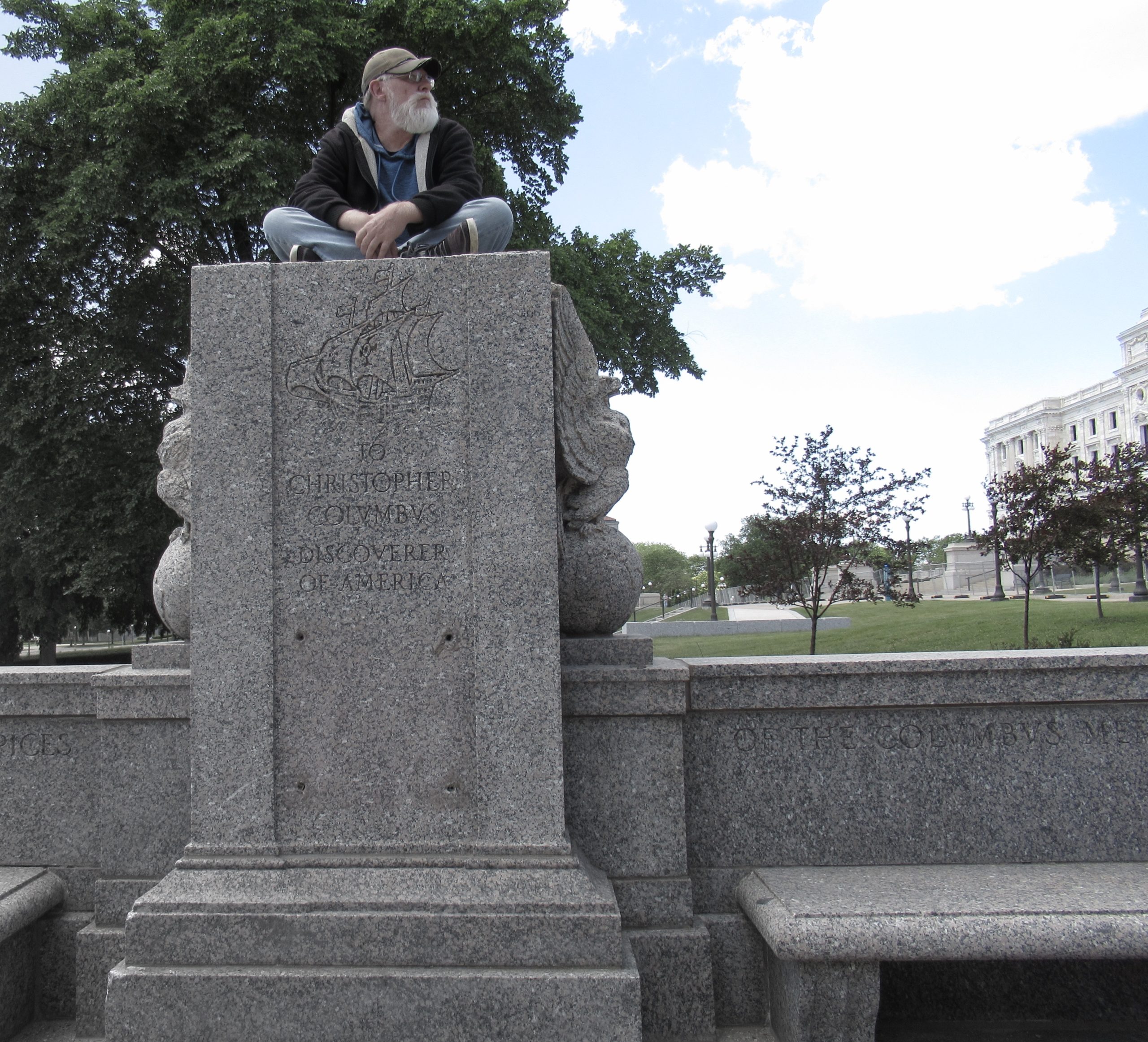 The gentleman and I didn’t engage in much conversation.  He was reflecting; so was I.  I left him to his quiet, and continued with mine.  I looked back; somebody else had stopped by.

Monuments, especially Confederate, and those of people like Columbus, revered as discoverers and conquerors, come with a very dark side.

Eugene Robinson in today’s Washington Post wrote a very perceptive piece on the post-Civil War monuments now under attack.  You can read it here.

I have known for many years the destruction that my people inflicted on the Natives of America, of whom Christopher Columbus was one of the first.  When I define racism, it starts with the treatment of the Native Americans of my home state of North Dakota. Race, a personal view

25 years ago, in May, 1990, I attended a Pow Wow sponsored by the Heart of the Earth school in Minneapolis.  In the program was a one page commentary on the Native feeling at the time.  You can read it here: 500 years after Columbus001 (click to enlarge).  I offer it to help start a conversation.  (Heart of the Earth Survival School, referred to in the article, ended due to serious legal issues in 2008.  You can read about that here.)

I really don’t know the feelings of the man seated where Columbus stood yesterday.  We are all faced with an opportunity to confront our entire history in the coming days.  Personally, I think this is a very good thing, a learning opportunity. 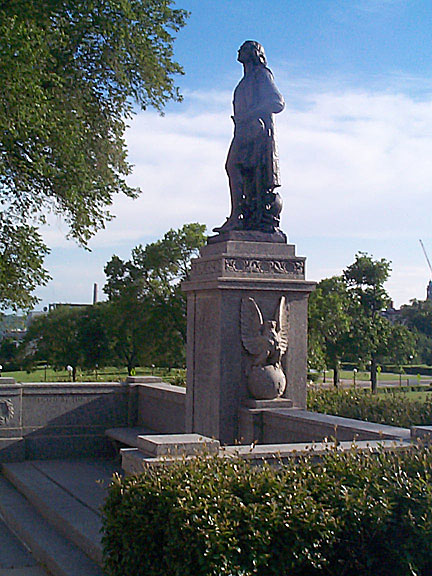 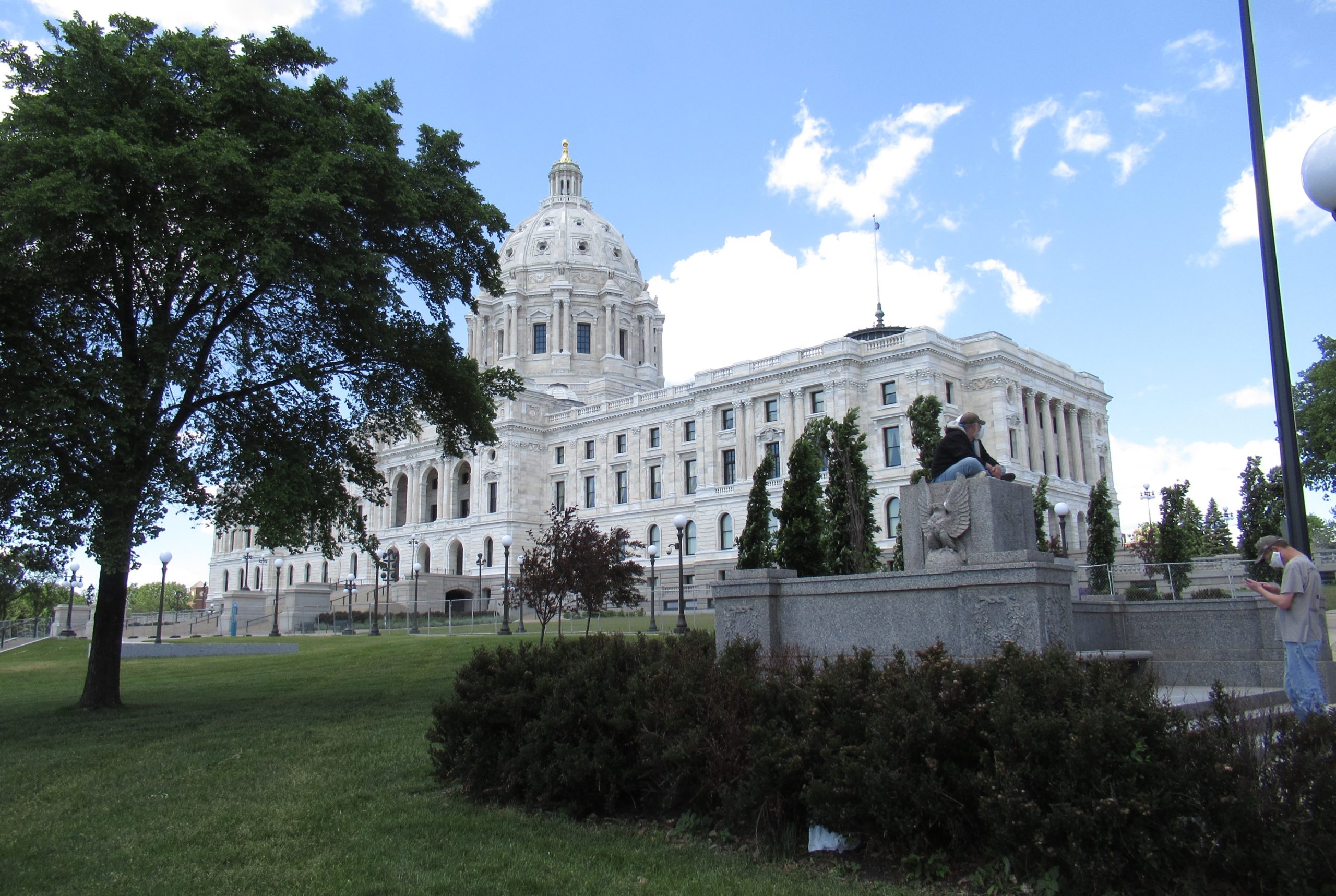 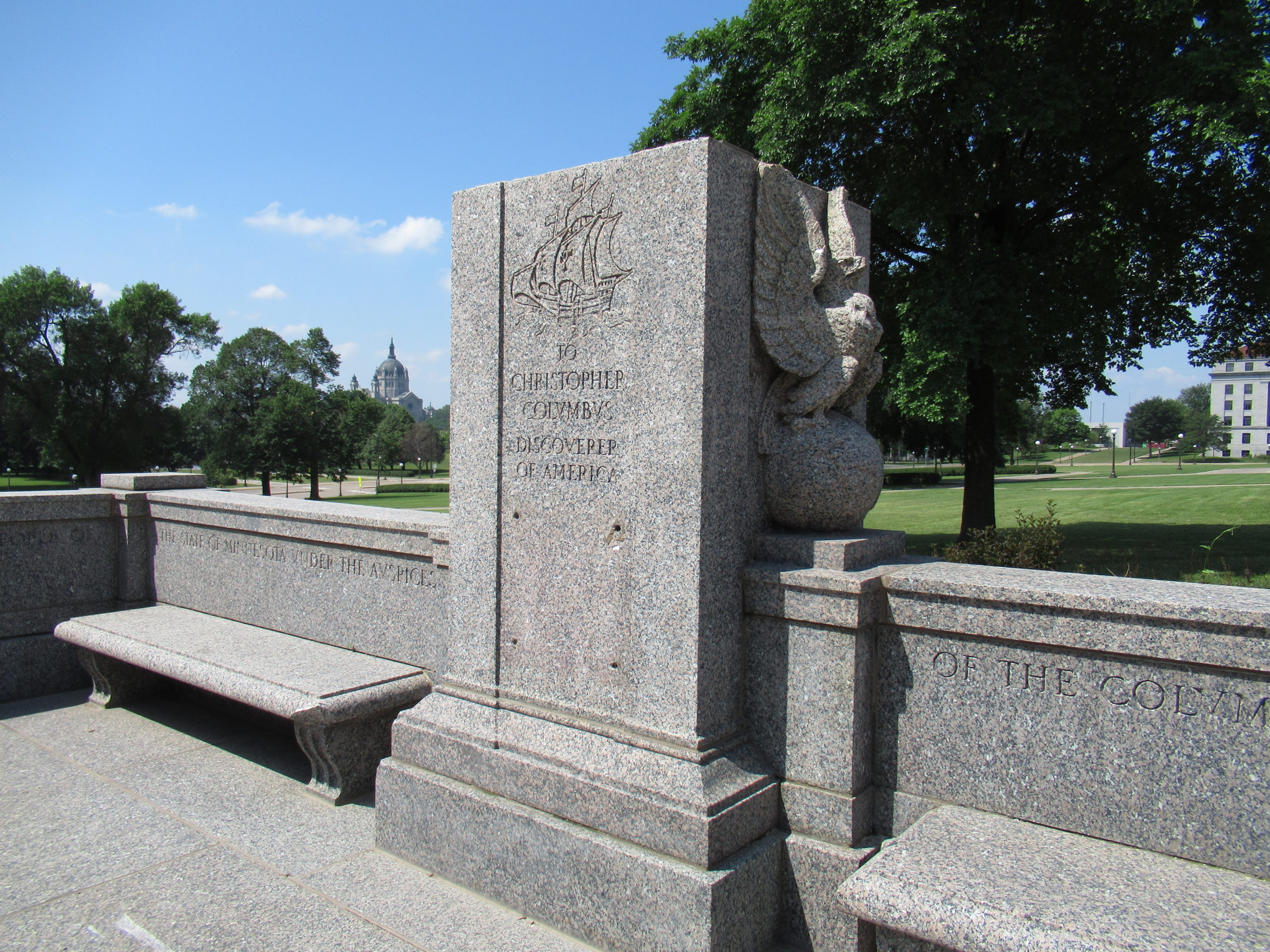 Christopher Columbus pedestal July 1, 2020, MN State capitol is a short block to the right (off the picture). Cathedral of St. Paul in background.