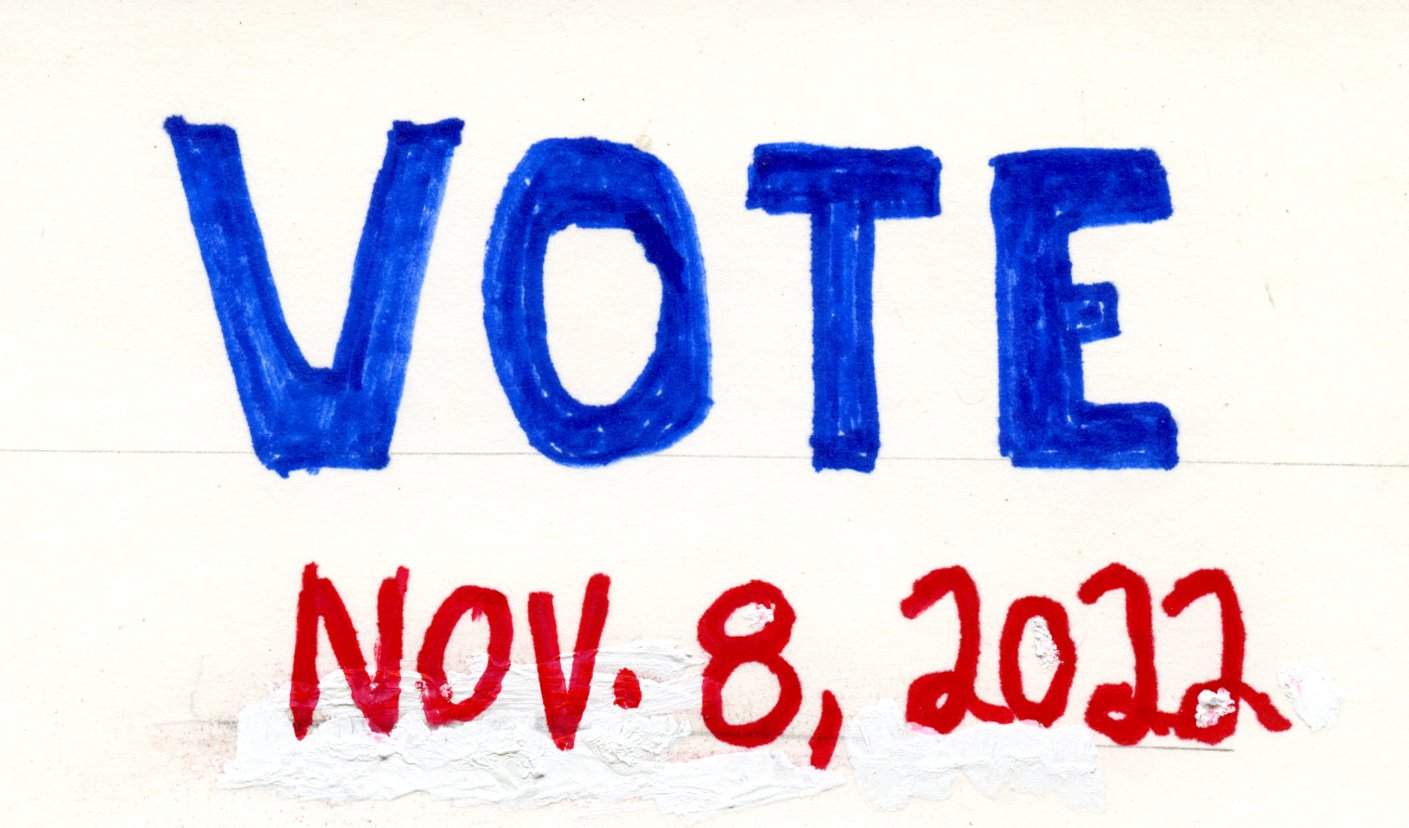 I spared neither time nor expense for my artwork.  Four weeks from today is “all she wrote”…and voting is only part of the citizens duty.  Know who you’re voting for, and support them in the many ways you can in the next weeks.  Nov. 9 is too late.

Here is the portal for Information, again: Information for a Minnesota voter can be seen here (our early voting began on Sep 23).  National information here.  NBC has a Plan Your Vote site as well.

Thursday evening Citizens for Global Solutions MN, of which I’m an active member, is having a Zoomcast 7-8:30 p.m. Central time, with Helen Jaccard of the VFP Golden Rule project.  All information is here, including link to the film about the history of the Golden Rule.

Monday evening Rachel Maddow presented the first two segments of her podcast on pre-WWII seditious conspiracy in the United States.  I have not yet watched it, but I plan to. It is powerful, given in context with today.  Here is the link.

Upcoming at this space, I’m working on a post simply entitled Jesus.  I hope you take a look.  Tentatively it will be online on Saturday morning, October 15.

Finally, I never ask for money, and the following is no exception, but an invitation.

This is the 4th year I’ve made a relatively major gift to the local public broadcasting outlet, TPT.  I will be mailing my donation at the end of next week.  If you wish to participate, send me a check, minimum $10, made out to TPT, and I’ll include it with the donation.  Send to me so I receive it before the end of October, Dick Bernard, Box 25384, Woodbury MN 55125.  Alternatively, contribute to your own public broadcasting outlet.

Public Broadcasting was one of the best ideas ever conceived in this country.  Here’s a timeline. 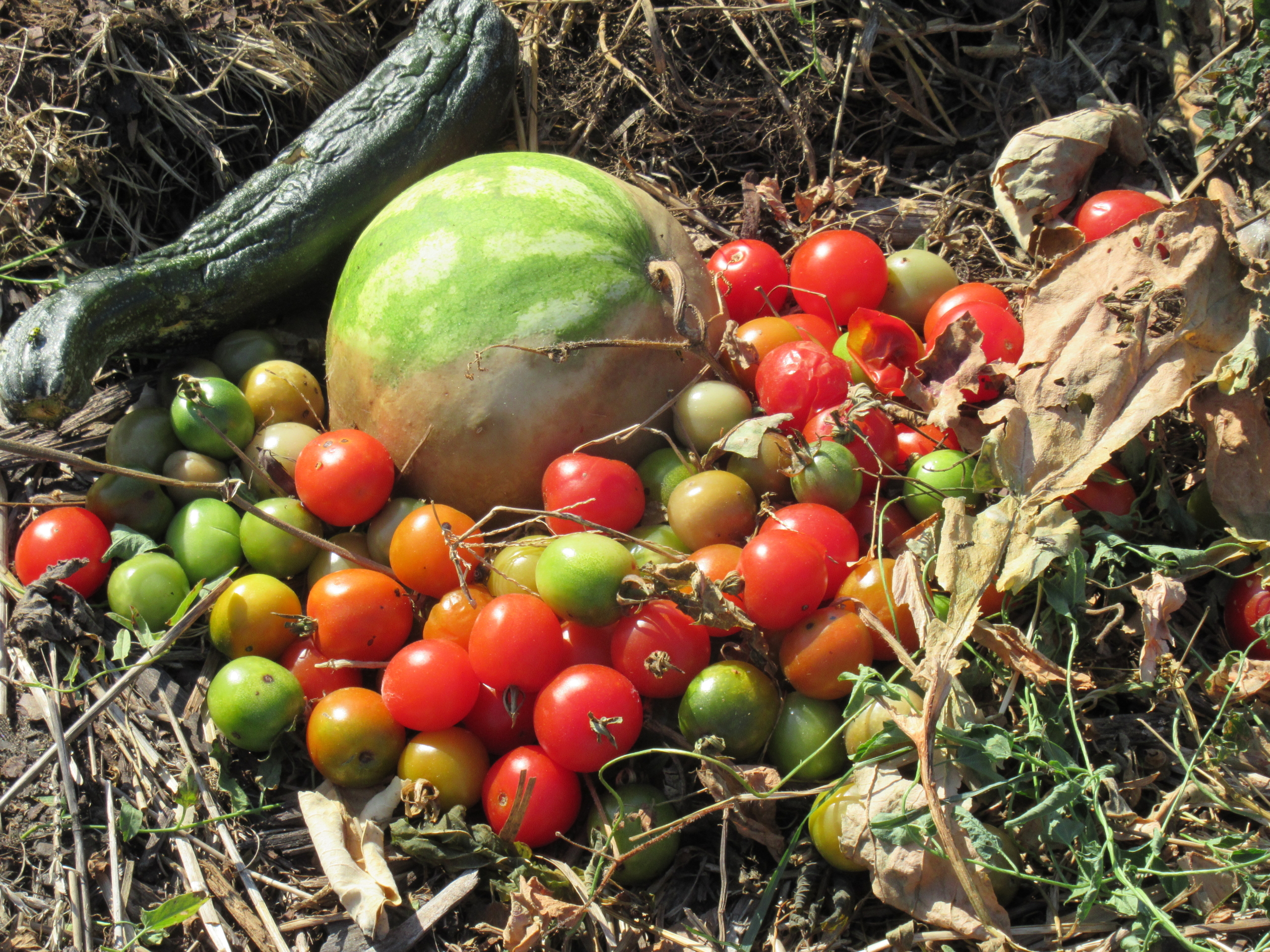 Today was a magnificent day in our town, and I had 15 minutes before a meeting at a colleagues home in south Minneapolis, so I stopped by the Dowling Garden that literally borders his property.  This was a Minnesota Fall scene, unaltered.  Past prime but still beautiful.  Dowling is a treasure, residue of WWII Victory Gardens.

from Steve, re Golden Rule: For a few weeks I was active with the “Golden Rule” even sailed from Red Wing to Winona.

from Jim: By coincidence Nenita and I were at Dowling garden 3 hours this morning planting a garlic crop.  It is covered with straw and will be harvested next June.

from Chuck: Oct 16 is World Food Day!  It seems making sure people are fed…would be among the top of the Golden Rules. ?

In 1980 a bipartisan Presidential Commission concluded and its commissioners specifically warned …“The most potentially explosive force in the world today is the frustrated desire of poor people to attain a decent standard of living. The anger, despair, and often hatred that result represent real and persistent threats to international order… Neither the cost to national security of allowing malnutrition to spread nor the gain to be derived by a genuine effort to resolve the problem can be predicted or measured in any precise, mathematical way. Nor can monetary value be placed on avoiding the chaos that will ensue unless the United States and the rest of the world begin to develop a common institutional framework for meeting such other critical global threats… Calculable or not, however, this combination of problems now threatens the national security of all countries just as surely as advancing armies or nuclear arsenals.”

They also stated “that promoting economic development in general, and overcoming hunger in particular, are tasks far more critical to the U.S. national security than most policymakers acknowledge or even believe. Since the advent of nuclear weapons, most Americans have been conditioned to equate national security with the strength of strategic military forces. The Commission considers this prevailing belief to be a simplistic illusion. Armed might represents merely the physical aspect of national security. Military force is ultimately useless in the absence of the global security that only coordinated international progress toward social justice can bring.”

Combined, these global pressures have fueled the anti-democratic populist movements thriving today.  Independent governments’ “self-interests” can no longer be more important than humanity’s potential to thrive and survive in the face of these accelerating threats.

Dozens of other prestigious, bipartisan studies and academic reports have followed since that 1980 report. Each clearly documents the direct and indirect links between world hunger, human rights violations, global instability, and the growing array of other threats to our freedoms, nation’s security, economy, and political stability.

I  believe our failure to make the protection of human rights and our environment superior to the protection of national sovereignty and corporate power is the primary driver of accelerating chaos.   The chaos that elections will not stop or even lessen.   Our systems of government are failing us.  Without transforming these systems to prioritize “the Laws of Nature and Nature’s God” there is not enough money in the world to address all the suffering that’s coming directly linked to so many unsustainable local and global trends that are reactionary in nature, and not preventive.

Preventing these accelerating trends will require a comprehensive global action plan.  An affordable and achievable plan exists today:  the 17 UN Sustainable Development Goals (SDGs).  No organization has yet taken a leadership role in building a Movement of Movements needed to bring all progress-focused organizations and movements together.   Time is not on our side. The evolution of pathogens, weapons, war, corruption, environmental distresses, and growing economic disparities and debt are outpacing our will to voluntarily change our governing systems. This is literally…globally unsustainable.  Leadership on this is urgently needed.   Which organization will rise to the occasion?