This is my endorsement of Joe Biden and Kamala Harris.  I filed a post note on Aug. 21:

POSTNOTE Aug. 21: Pedestrian though they are, I do think about what I’m going to say in these posts, and about the headline that precedes them.

So it was with this one, which initially I was going to title “Tone” or something similar.  In fact, I had a draft so titled.

Tone has a number of definitions.  Here is one from on-line search engine: “2. the general character or attitude of a place, piece of writing, situation, etc. “my friend and I lowered the tone with our oafish ways”

I’ll say little more.  We Americans are very sloppy about care of our precious democracy.  Sometimes our carelessness and selfishness catches up with us.  We need a positive tone in these difficult times.  Mr. Biden and Ms. Harris provide the positive we so desperately need at this time in out history.

“Give people light and they will find the way.”  Joe Biden accepting the nomination for President 8/20/20.  Quote from Ella Baker.

This post is published after Joe Biden’s acceptance speech on Aug. 20.  The contents were composed in draft earlier.  A series similar to my coverage of the Dem Convention will be published during the days of the “T” Convention next week. 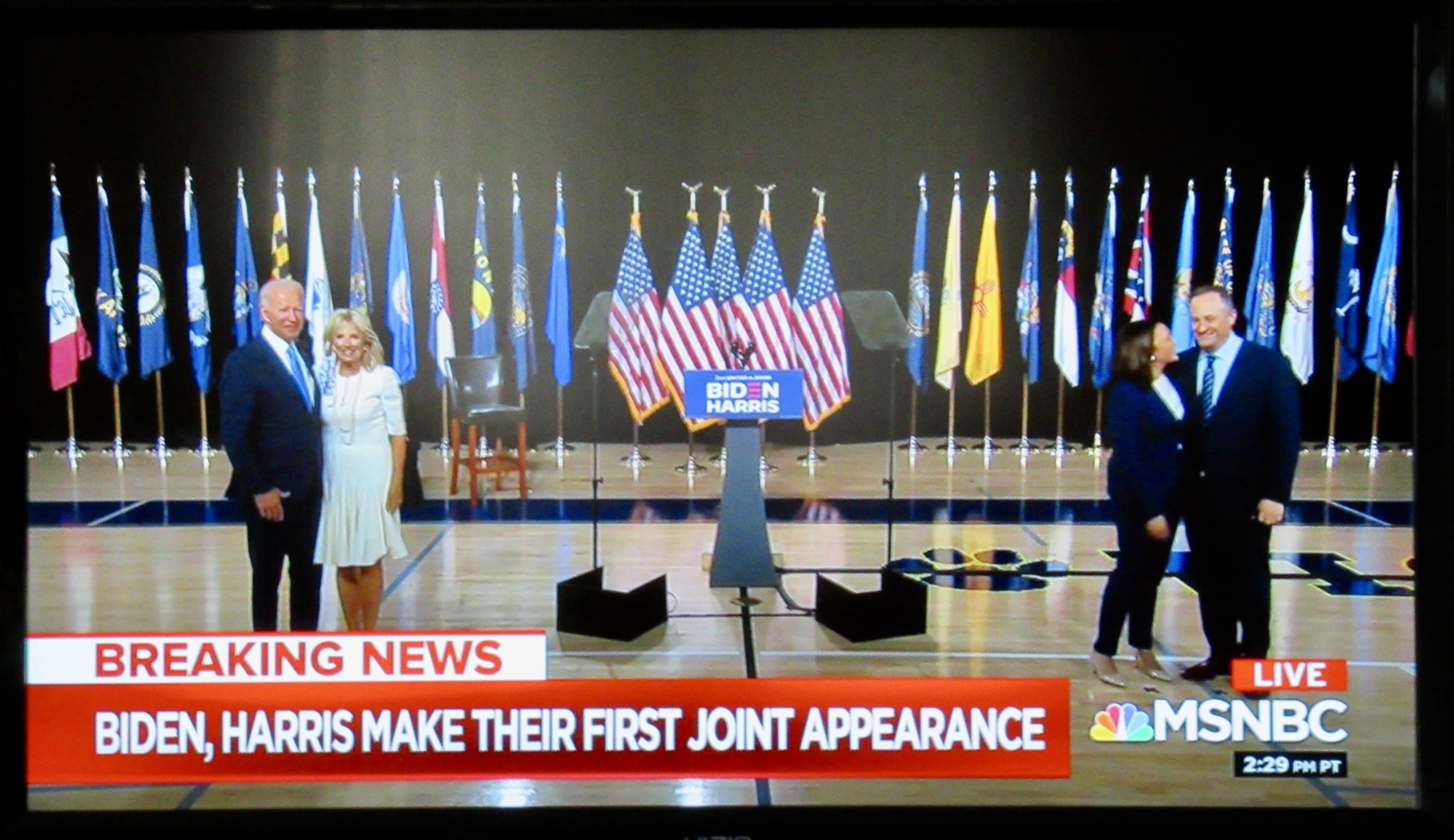 I have always had positive feelings about Joe Biden, and the tone, the feeling, of the Democratic Convention just completed was very positive, and the quotation he used most appropriate.

Some time ago, I checked my photo file, and I found three occasions on which I took photos , in person, of Joe Biden: Oct. 5, 2010. and Aug. 21, 2012; and Jan. 10, 2017, when the Biden’s and Obama’s bade farewell from eight years as President and Vice-President in Chicago.  Here are my snapshots.  The above is the first photo I have kept of Kamala Harris. 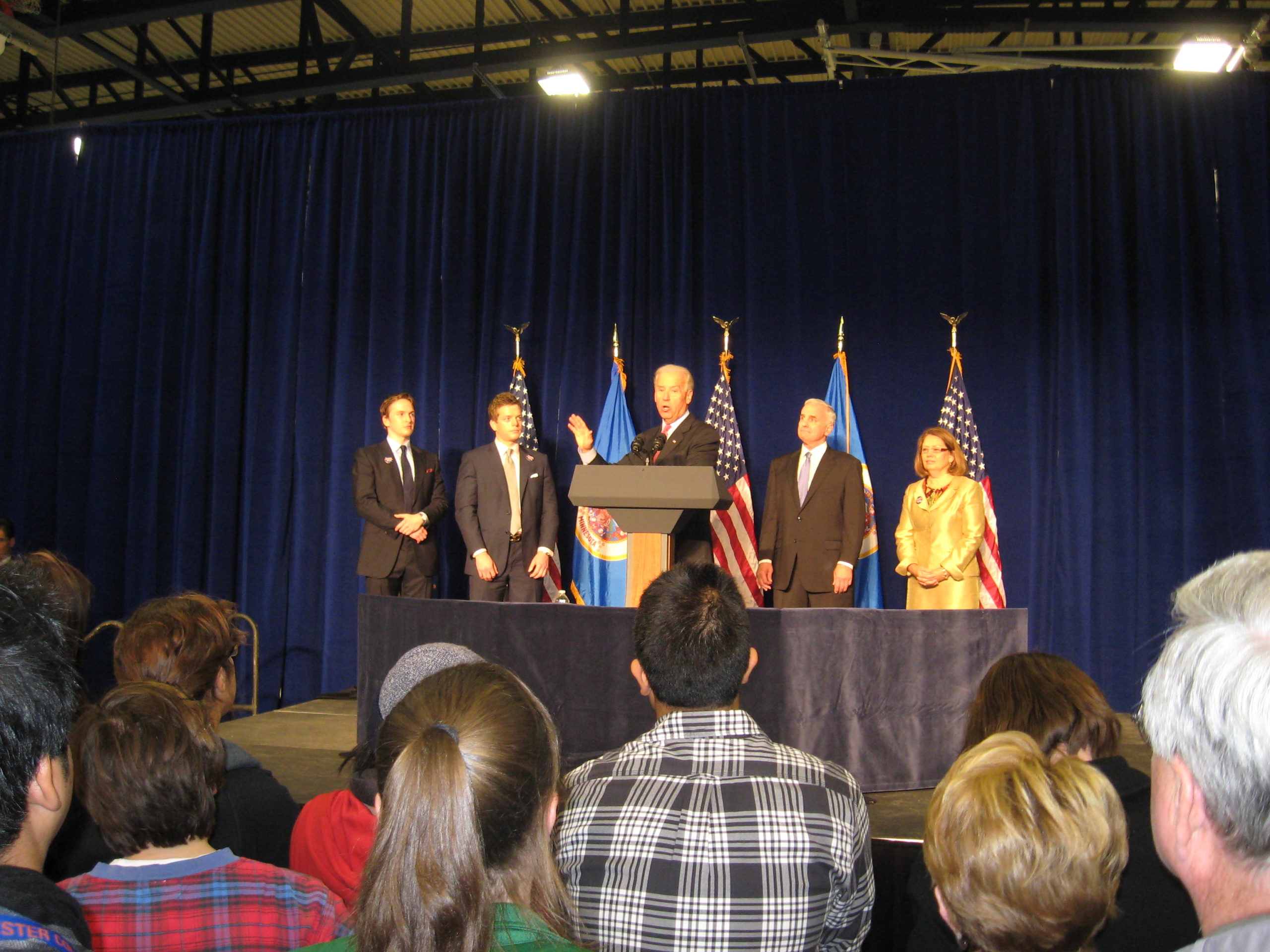 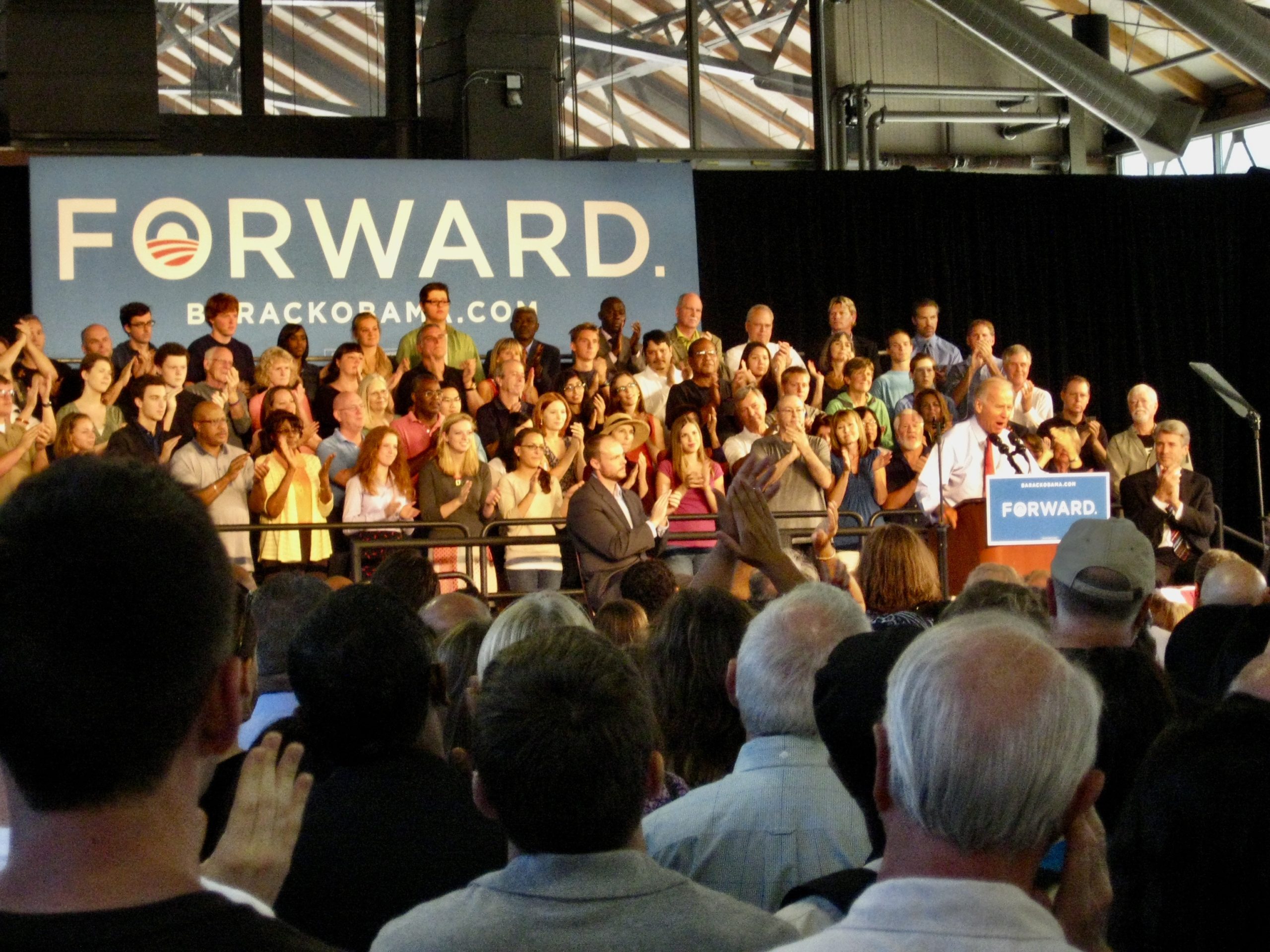 There are many biographies of Joe Biden: here’s one which seems neutral and sufficiently detailed.

I strongly support the Biden and Harris candidacy.

I relate to Joe Biden.  At the macro level, he has an immense amount of relevant experience for the job he is seeking.  Virtually his entire adult career – he is two years younger than I am – he has been an elected representative: local County Council, United States Senate (36 years), Vice-President of the United States (8 years).    In such positions, there are endless difficult decisions, all of which can be considered right…or wrong…depending on one’s point of view.

Even more so I relate to Joe on the micro – the personal – level.  He has seen and experienced the huge difficulties of living a normal life, beginning at a young age.  He is a common man, with exceptional spirit.

She identifies six traits crucial to a leader especially in difficult times.  Here they are: Empathy, Resilience, Communication, Openness, Impulse Control and Relaxation.

I think Joe Biden has all of these traits, and has exhibited them throughout his long public life.

Has he made mistakes?  Of course.  We all do.  Joe Biden is the person for President in this most crucial time in our nations history. 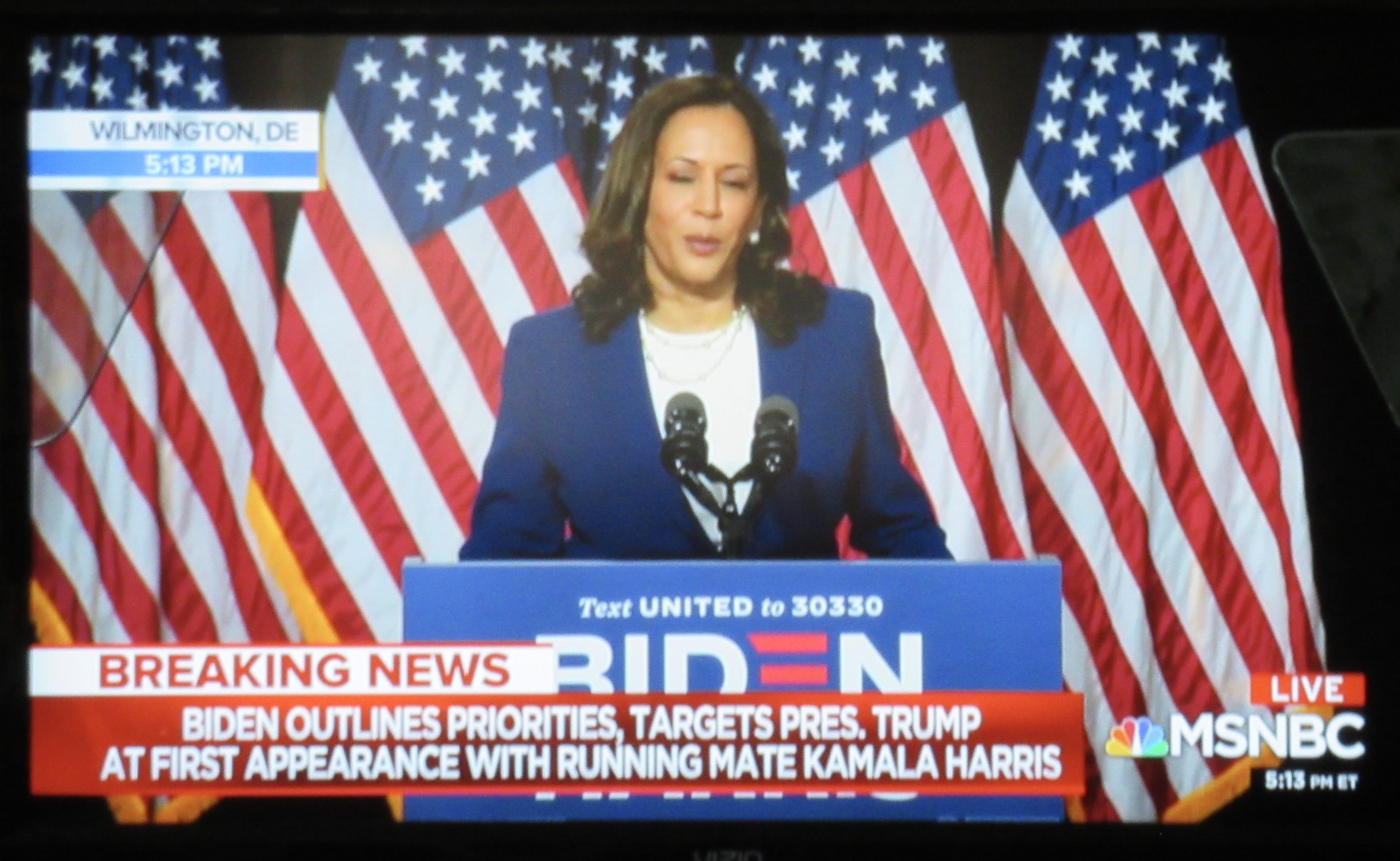 When the infrequent person asked “who would you pick for Vice-President” I said, up to the end, that all of Biden’s possibilities were strong candidates.  Earlier, I’ve always had positive feelings about my home-state Senator, Amy Klobuchar, serious competitor for the position Joe Biden now holds, who I’d watched since she first announced as candidate for U.S. Senate in 2006.  Ultimately she withdrew from the Presidential race this year, endorsed Joe, as did Kamala, then withdrew from consideration for V.P., and here we are.

I saw a good objective opinion about Kamala Harris a few days ago in The Washington Post by someone who knows politics and California.  Take the time….

Vice-President is a position of consequence, particularly in this modern era full of complexity.  Experience matters.

There have been fourteen Presidents in my lifetime, 7 Republican, 7 Democrat.  Among them, Harry Truman and Lyndon Johnson became President after FDR and John Kennedy died in office (1945 and 1963, age 63 and 46).  Gerald Ford, came to be Vice-President when Spiro Agnew resigned; then became President after Richard Nixon resigned as well.  Jimmy Carter made his Vice-President, Walter Mondale, the first Veep with lots of on-the-job responsibilities.

Old age was not a factor in any of the successions.  Sure, it could be, and at some point can be.

Vice-President is a position of consequence.

I am delighted that Kamala Harris has been chosen as the nominee.  She isn’t the first woman running for the position: that would have been Geraldine Ferraro in 1984.  In only a few months we will learn the outcome.

Vote, and vote well-informed, for every candidate in your election, local, state and national.  YOU are the one who makes the difference. 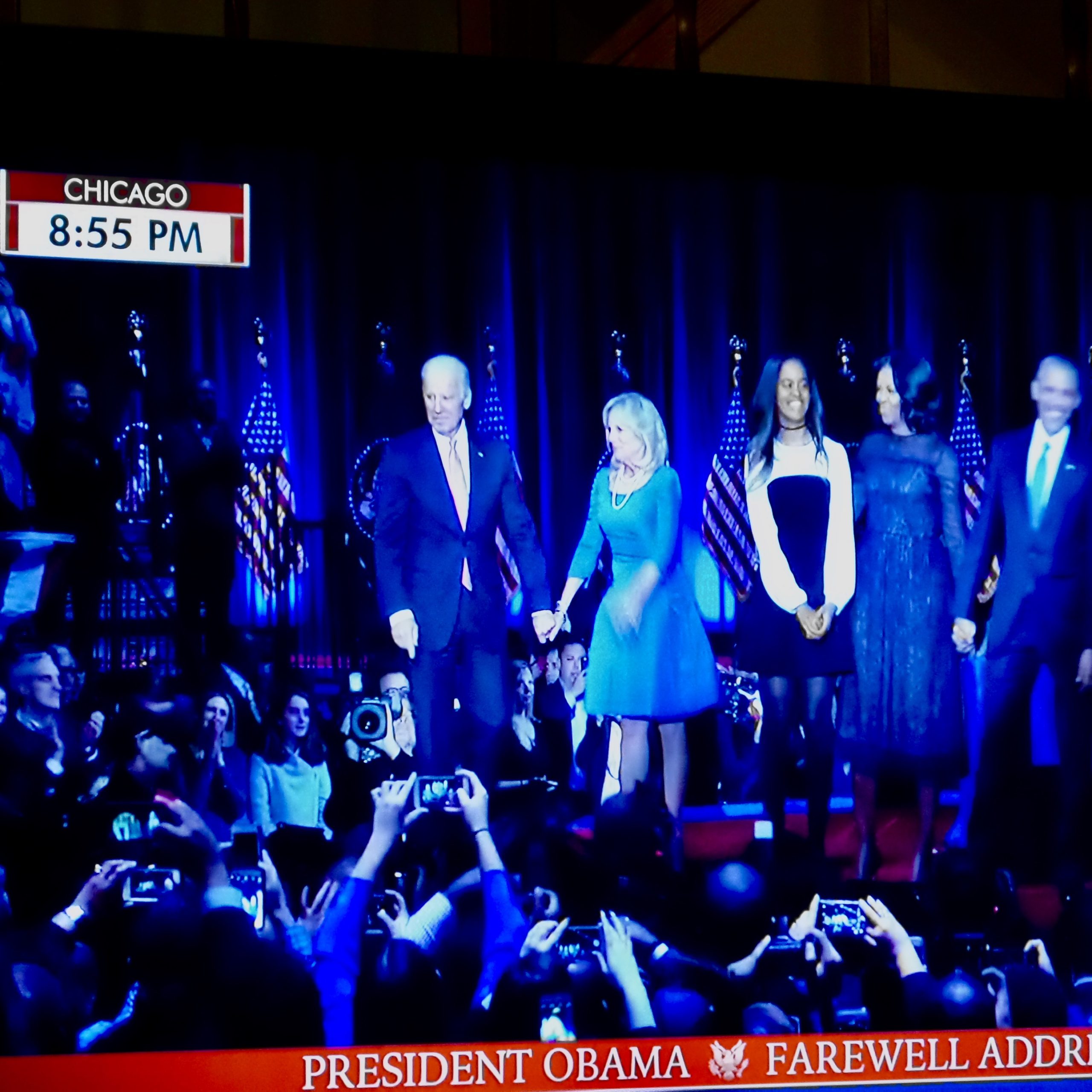 POSTNOTE 2 Just Above Sunset,Aug. 22: “Out of the darkness”; Washington Post Editorial August 20

COMMENTS (more from on-line at end of this post):

from Bob:  A good blog about Joe Biden and Sen. Harris.  I agree that he was our best choice to lead the country after the disastrous Trump years. And Sen. Harris is a great VP choice.  I saw Biden here in person November 1, 2018, as he and Senator Conrad led a  rally for Heidi Heitkamp during her last senatorial campaign, when she unfortunately lost to  the worthless Cramer who can’t think for himself and worships Trump.