PRENOTE:  You’re an occasional visitor to this space?  If you’re interested in what I’ve been musing about, click on any month on the calendar at right, and the posts for that month will come up.  June 5, I published a brief post on Iftar, for example.

Today, I went over to the excellent 1968 Exhibit at the Minnesota Historical Society in St. Paul.  The exhibit runs through mid-Jan. 2019 and is well worth a visit.  Today was my third visit to the exhibit, specifically to remember the 50th anniversary of the assassination of Bobby Kennedy in Los Angeles (he was shot on the evening of June 5, 1968, and died after midnight.).

The 1968 Exhibit is much more than just about Bobby Kennedy.  1968 was a tumultuous year, and the exhibit catches it in a manner that everyone can understand.  There were lots of school groups today.  It occurred to me that a student just completing kindergarten in 1968 would be 55 today.  Time (History) flies by and it takes work to preserve and make it relevant to future generations who should learn from its many lessons. 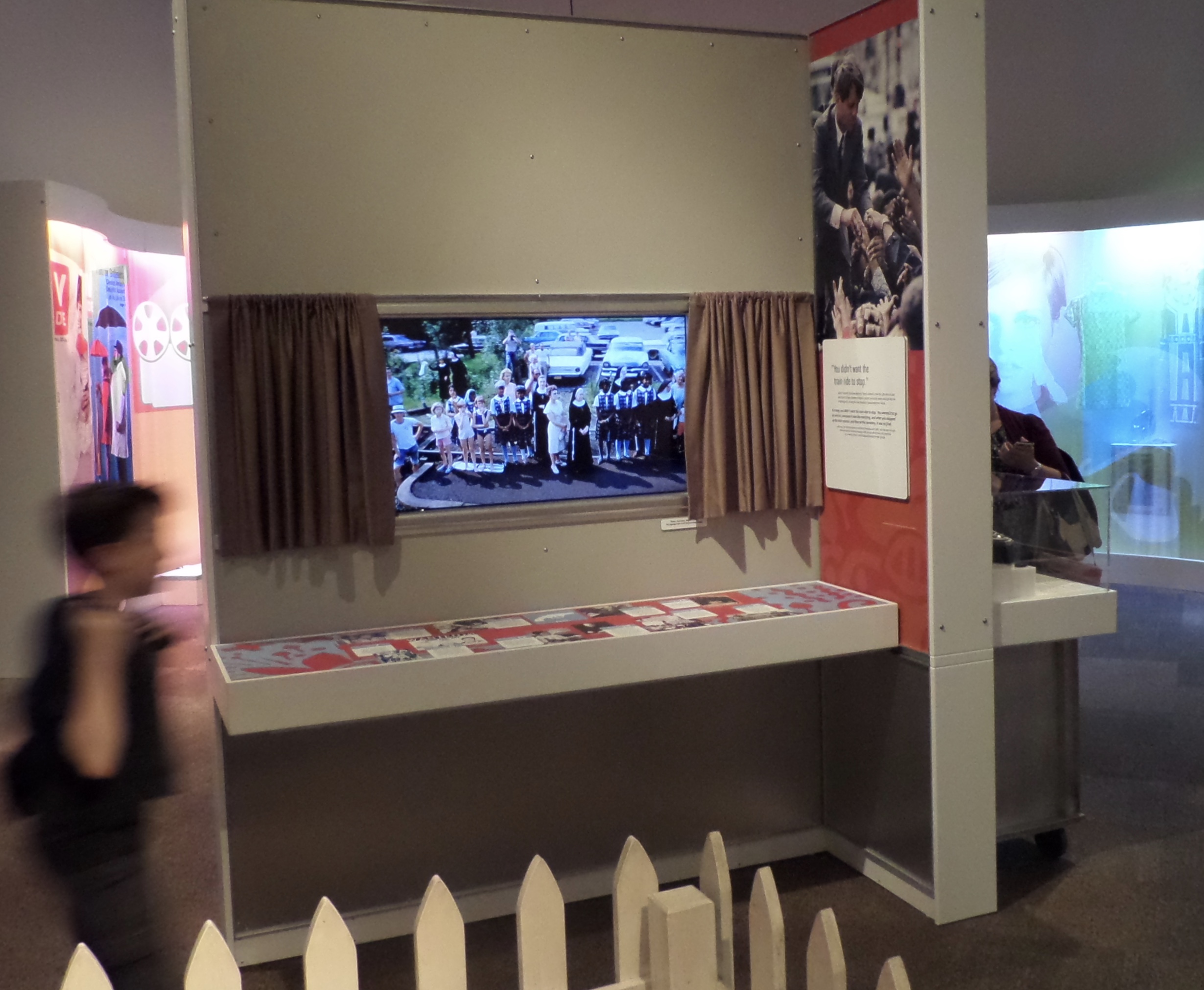 A display entering the exhibit gives highlights of each month in 1968.  Here’s June: 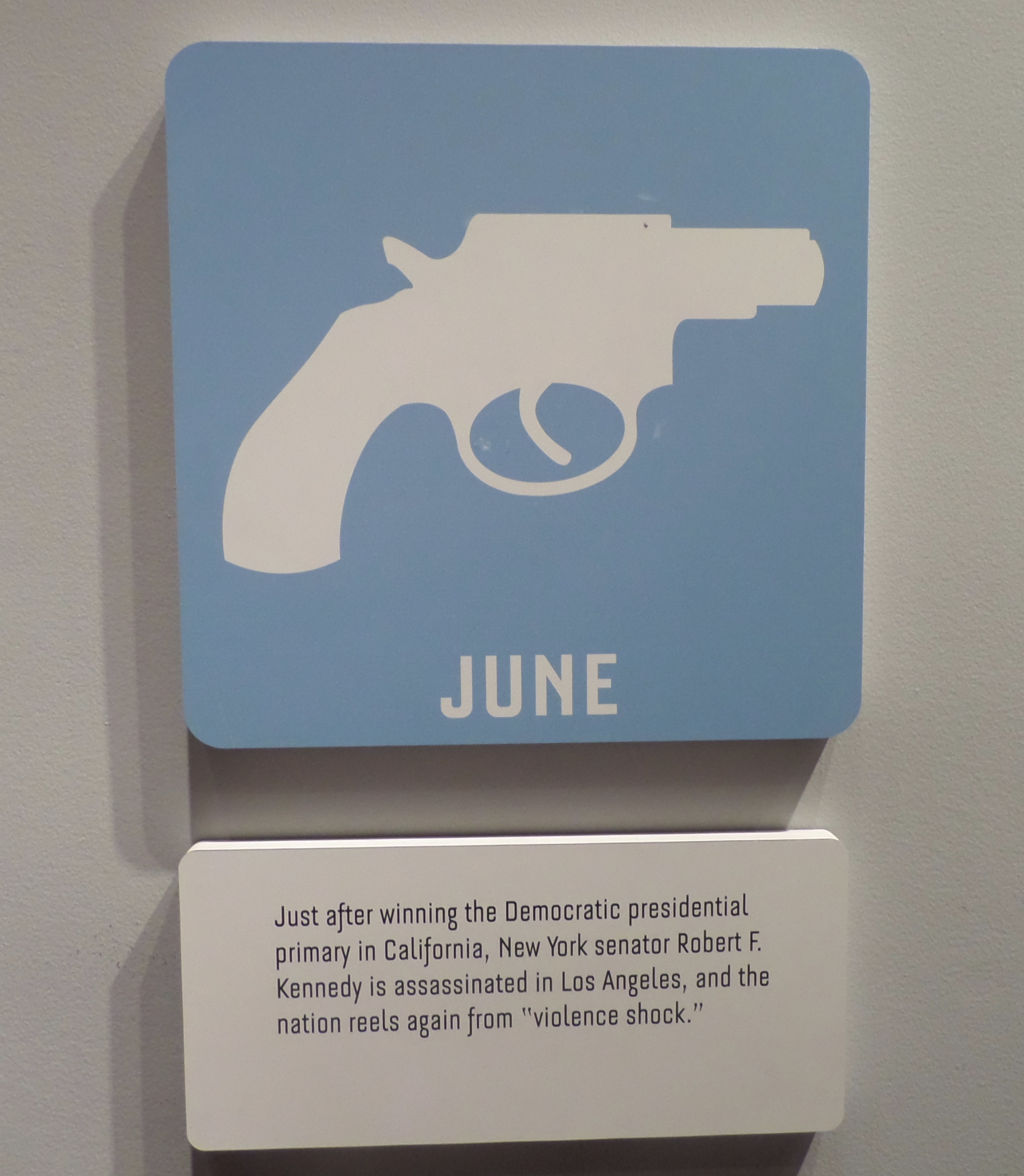 I liked Bobby Kennedy.  I have no particular stories to share.  At the time of his death I was a junior high school geography teacher in suburban Minneapolis.  June 5 – a Sunday – was at the  very end of the school year.  We were, pardon the expression, still “shell shocked” from the assassination of Martin Luther King Jr on April 4.  Our country seemed to have gone crazy.  Every month (above) had its theme.

There are endless stories and interpretations of the meaning of Bobby Kennedy, then and now.  We were better for his having been with us; he didn’t live long enough for us to know if he’d be nominated for election for President.

The 1968 Exhibit gives numerous other cues to conversation about other significant events the same year.

If you’re around the Twin Cities, take the time to visit, sometime in the next months. 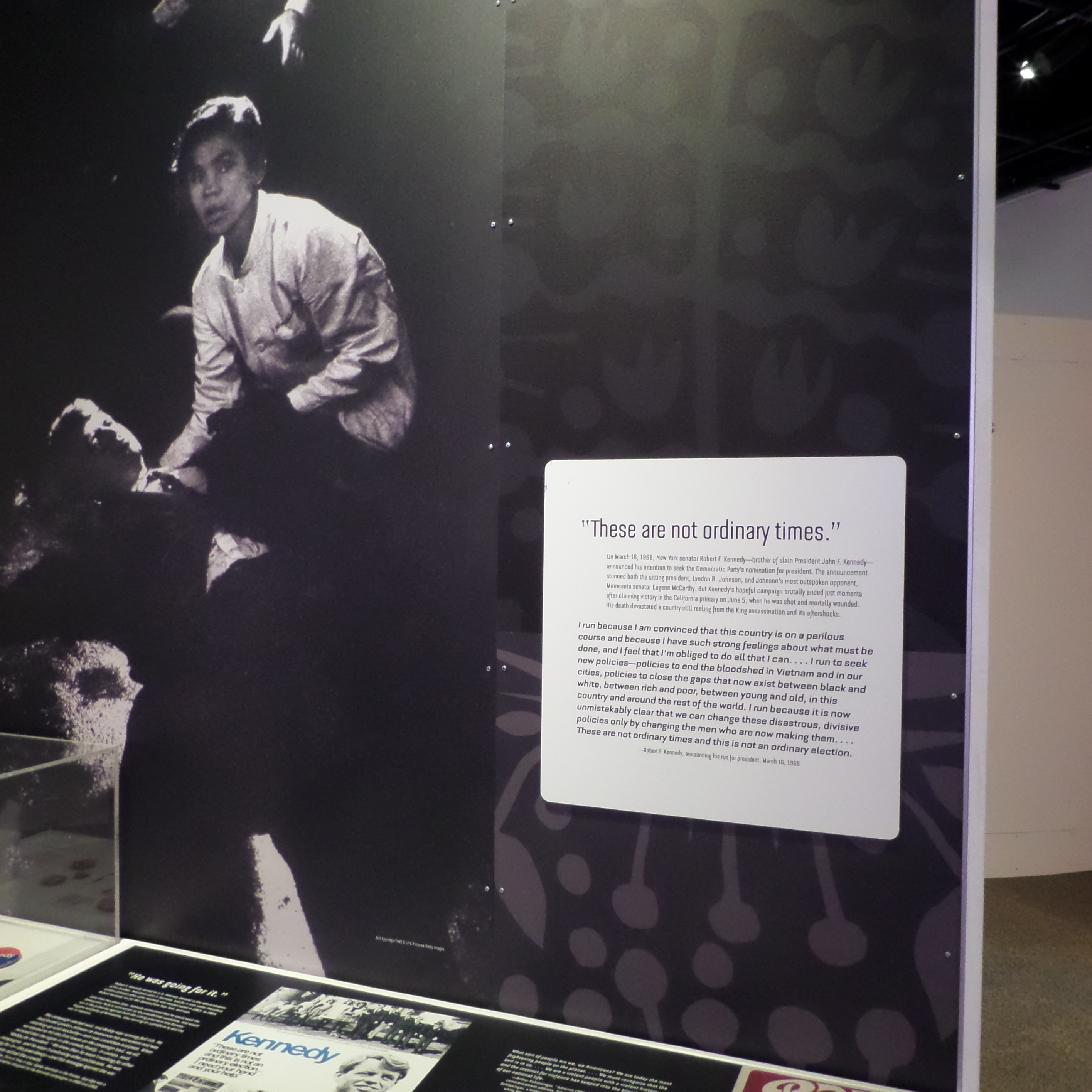 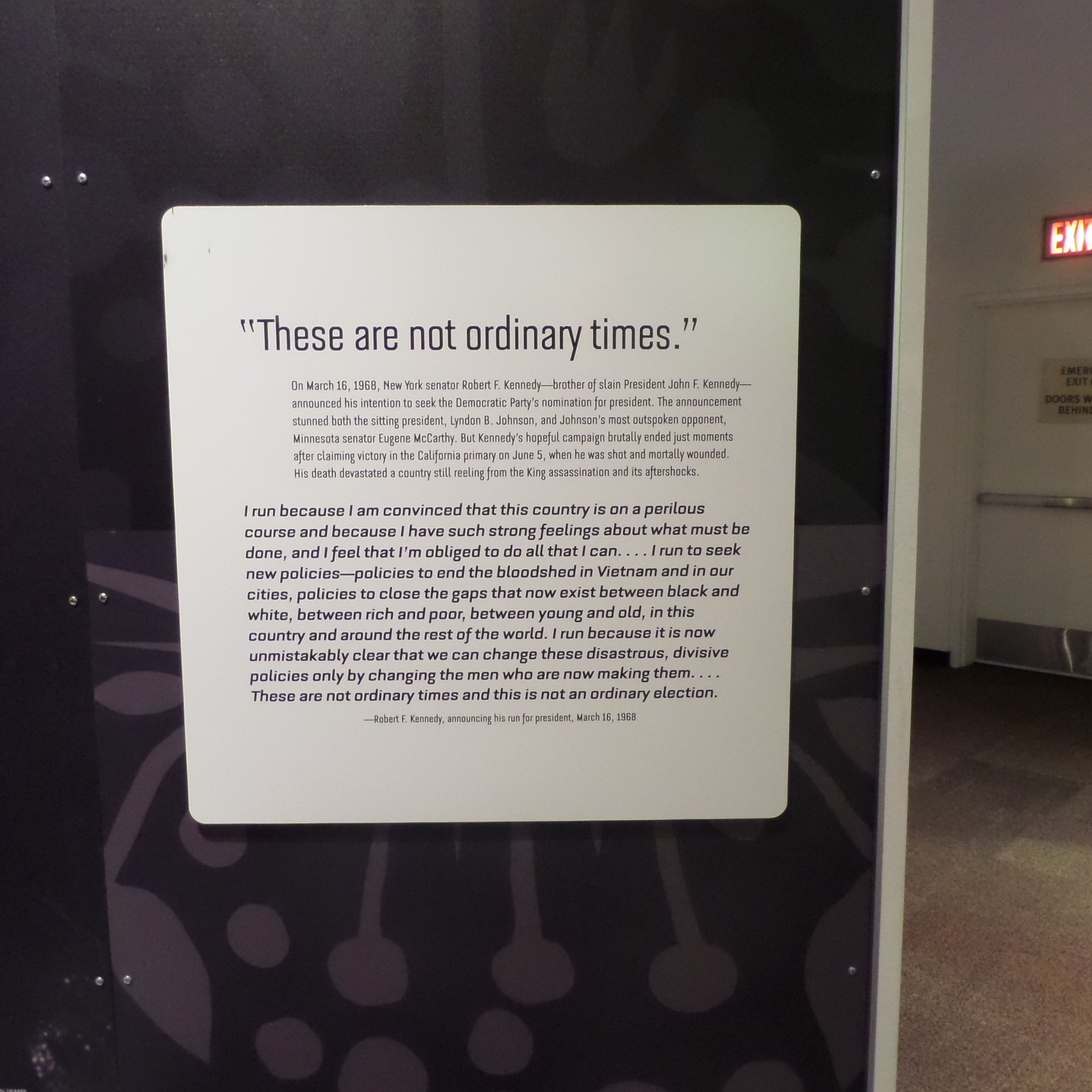 Thanks for the post, Robert Kennedy deserves to be remembered & yes admired. Many have mentioned that he was very influential while brother John was president – some even said he was the brainy one. While a student in the US I listened to JFK’s speeches at the university library. Impressive. How the standards have fallen . . . today we have tweeters. Perhaps Robert helped write these speeches but there is no doubt John knew a thing or two about oratory.

This book was published yesterday:

The Assassination Of Robert F. Kennedy by Tim Tate and Brad Johnson.

This impromptu speech by Robert is very moving.

and here is something he said about consumerism & “economism”:

Too much and for too long, we seemed to have surrendered personal excellence and community values in the mere accumulation of material things. Our Gross National Product, now, is over $800 billion dollars a year, but that Gross National Product – if we judge the United States of America by that – that Gross National Product counts air pollution and cigarette advertising, and ambulances to clear our highways of carnage. It counts special locks for our doors and the jails for the people who break them. It counts the destruction of the redwood and the loss of our natural wonder in chaotic sprawl. It counts napalm and counts nuclear warheads and armored cars for the police to fight the riots in our cities. It counts Whitman‘s rifle and Speck‘s knife, and the television programs which glorify violence in order to sell toys to our children.

Yet the gross national product does not allow for the health of our children, the quality of their education or the joy of their play. It does not include the beauty of our poetry or the strength of our marriages, the intelligence of our public debate or the integrity of our public officials. It measures neither our wit nor our courage, neither our wisdom nor our learning, neither our compassion nor our devotion to our country, it measures everything in short, except that which makes life worthwhile. And it can tell us everything about America except why we are proud that we are Americans.

Thanks again for reminding us of a great man and, sadly, of a great tragedy!