My handy-dandy computer calendar reminds me that today is Passover, yesterday was Good Friday, and tomorrow is Easter…also April Fools Day. Today is the second full moon of March, a “blue moon”.

We were supposed to be at the edge of a band of heavy snow to the north of us – seems to have been about 2” where I live.

The snow mountain (see end of post) which I promised our neighbors, wintering in Arizona, would be gone by the time they come home April 4, was declining, but “Lossen Peak” (named in their honor) will probably still be there five days from now, as we struggle to stay above freezing.

Of course, Easter is very early this year. I recall an Easter blizzard in this area, in late April, years ago.

It is a a stretch to come up with a “happy days” message this year. But there are bits and pieces, including the following:

Yesterday, our good friend Joyce, born and raised in New York City, sent along a really excellent blog post by a friend who “was my grade school classmate”. You can read the post here. It is about Passover, and personal relationships among people of different nationalities and religions.

And, on schedule, at the Vernal Equinox, a faithful friend sent her usual collection of favorite poems, along with a note to all of us on her list:

“Peace, and blessings of green and growing things to you…feels like we should be seeing crocus any day now…despite what March seems to be spitting at many of us.

An odd challenge this year, trying to pull together some poetry for what is generally an exuberant season of return of light and color… because so much of the surrounding world mood is so dark. [Her offerings :2018 Spring Equinox]

I did find a pretty heavy poem that I am including as a separate attachment, a compromise that puts the lift & light of the season on different pages from it. But that “Look Out” poem by Wendell Berry–included in a 2005 collection (Given)– feels too descriptive of the present moment for exclusion. Note, though, that it does start with the loveliness of spring, moves to the darkness beyond, then adjures resistance, so… BerryLookOut

Here in MN, we’ve seen lots of geese, robins, red-winged blackbirds, grackles, and the goldfinches are starting to show faint tinges of color near the shoulders… Great horned owls are finally on their nests (ie, stopped hooting, kind of late this year) and the local fox was yowling at night about 3 weeks ago (driving the dog berserk, as the fox sought to interest a vixen…?)

Sandhill Cranes are at peak northern migration in Nebraska at their staging grounds on the Platte, and I tune in to the Rowe Audubon Sanctuary Crane Camera daily for a bit of cacaphony from the several hundred thousand birds there… yikes! Some have also been seen in southern MN” here, (always an ad first)
(More info on the migration here and here.)

I come from rural stock, from a place where winters were rough.

Spring time was a time of optimism…and hard work. The fields, or the gardens, did not yield fruit without effort.

Best wishes at this season. 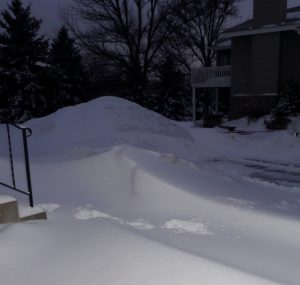 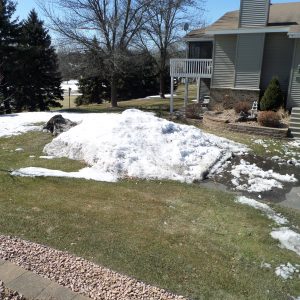 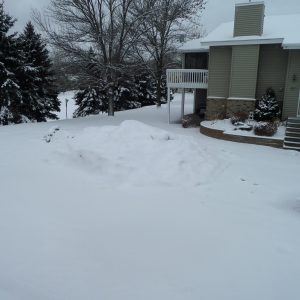