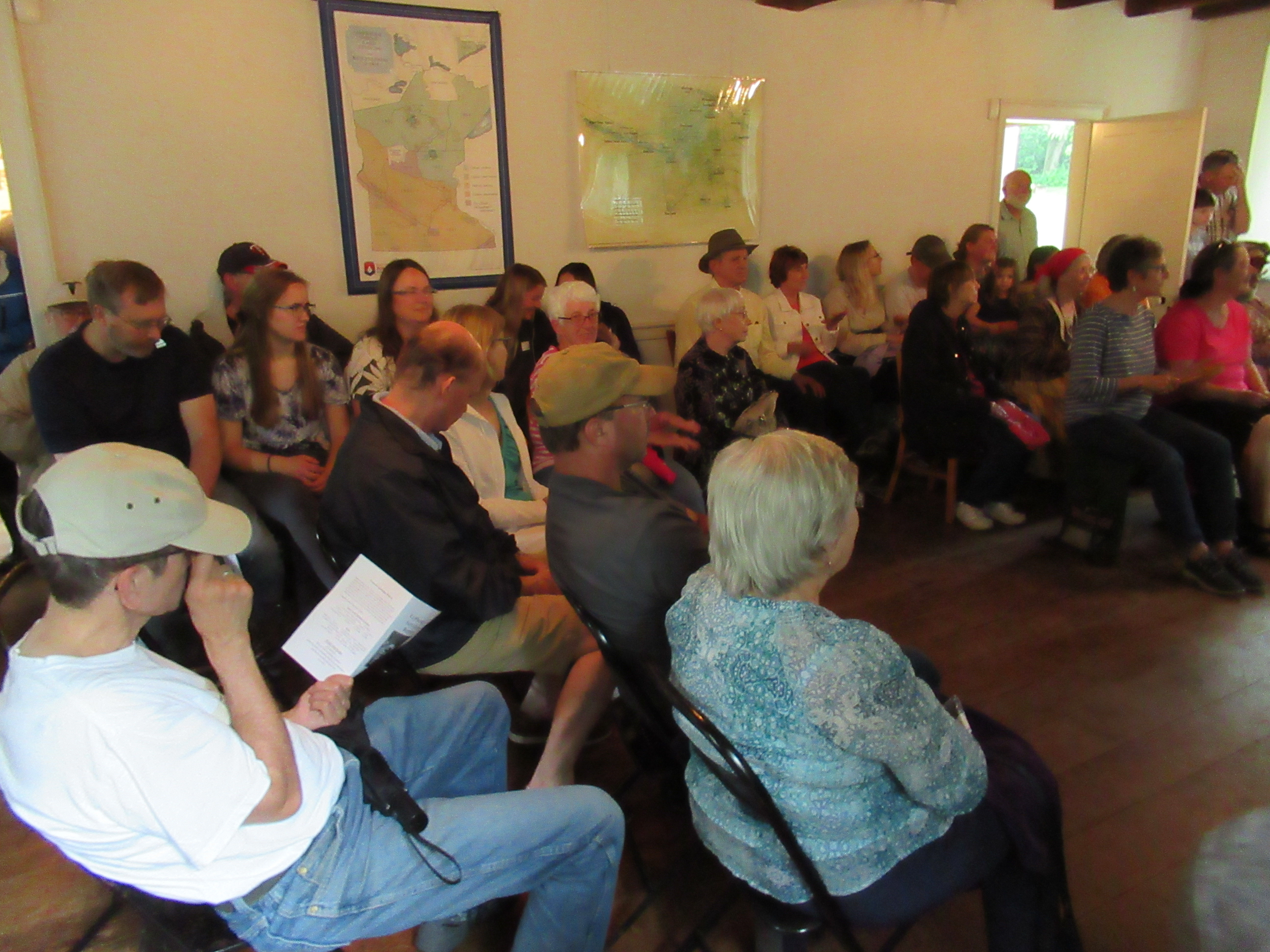 Sunday afternoon Greg sent a message “what’s the rain plan?”, referring to our La Fete de la Saint -Jean-Baptiste scheduled for 5-7 p.m. at the Henry Sibley Historic Site at Mendota.  The day had been threatening, but it appeared the skies would clear.  But you can’t predict Mother Nature, and enroute to the event, rain came down so hard I almost had to stop due to no visibility.

So, Greg’s question was appropriate. and the 50 or so of the brave souls who ventured out crowded into Jean-Baptiste and Pelagie Faribaults living room, and began what was a memorable event in the 1839 home of one of early Minnesota’s premier French-Canadian traders.

Here is a pdf of the program booklet which includes a brief history of St. Jean Baptiste Feast, and Sibley Historic Site: St. Jean-Baptiste Jun 23001.  Friends of the Sibley Historic Site,  the French-American Heritage Foundation of Minnesota, and Jane Peck were primary sponsors of the event.  Also involved was the Dakota County Historical Society and La Compagnie.

Afterwards Mark Stillman, a stellar squeeze box artist who performs with Francine Roche (link is Francine’s Facebook page), wrote Ann Essling of the Friends of the Sibley Historic Site: “The amazing thing is…once we had everything up and running in the Faribault House…it actually felt like we were French Canadian Voyageurs back in the early 1800s. It was great!”

Ann added: “Our performers did amazing.”

Jane Peck, with Gary Schulte, the other performers, said “It was fun to think of all the dance parties held in that very room by the Faribault family!”

I chimed in: “Well, Greg, I guess we found out what the game plan for rain was! … I congratulate Jane and Gary and Francine and Mark for doing a great job under far, far less than ideal circumstances.  And the Sibley folks and Friends of Sibley for their good work.  “The show went on” regardless of the weather … Thanks to all.  I think my jacket will be dry this morning.”

All in all, I think we had about 50 in that living room of the Faribault house.  Unfortunately, there weren’t young kids, but their absence was understandable given the threatening weather.

The Sibley site is lovely (photos below taken the next day when there was still intermittent rain.

Do visit the site and learn more about Minnesota’s history. 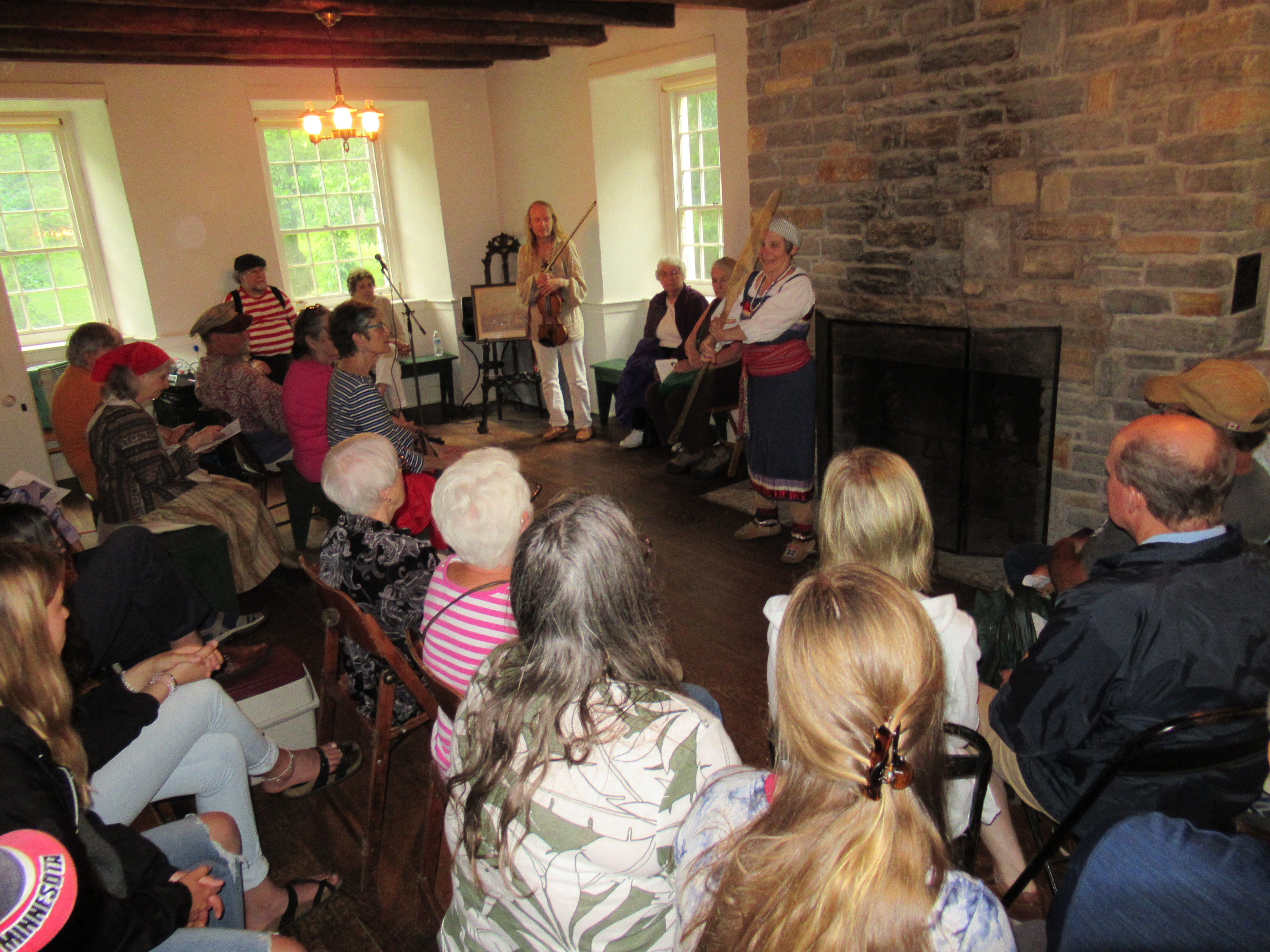 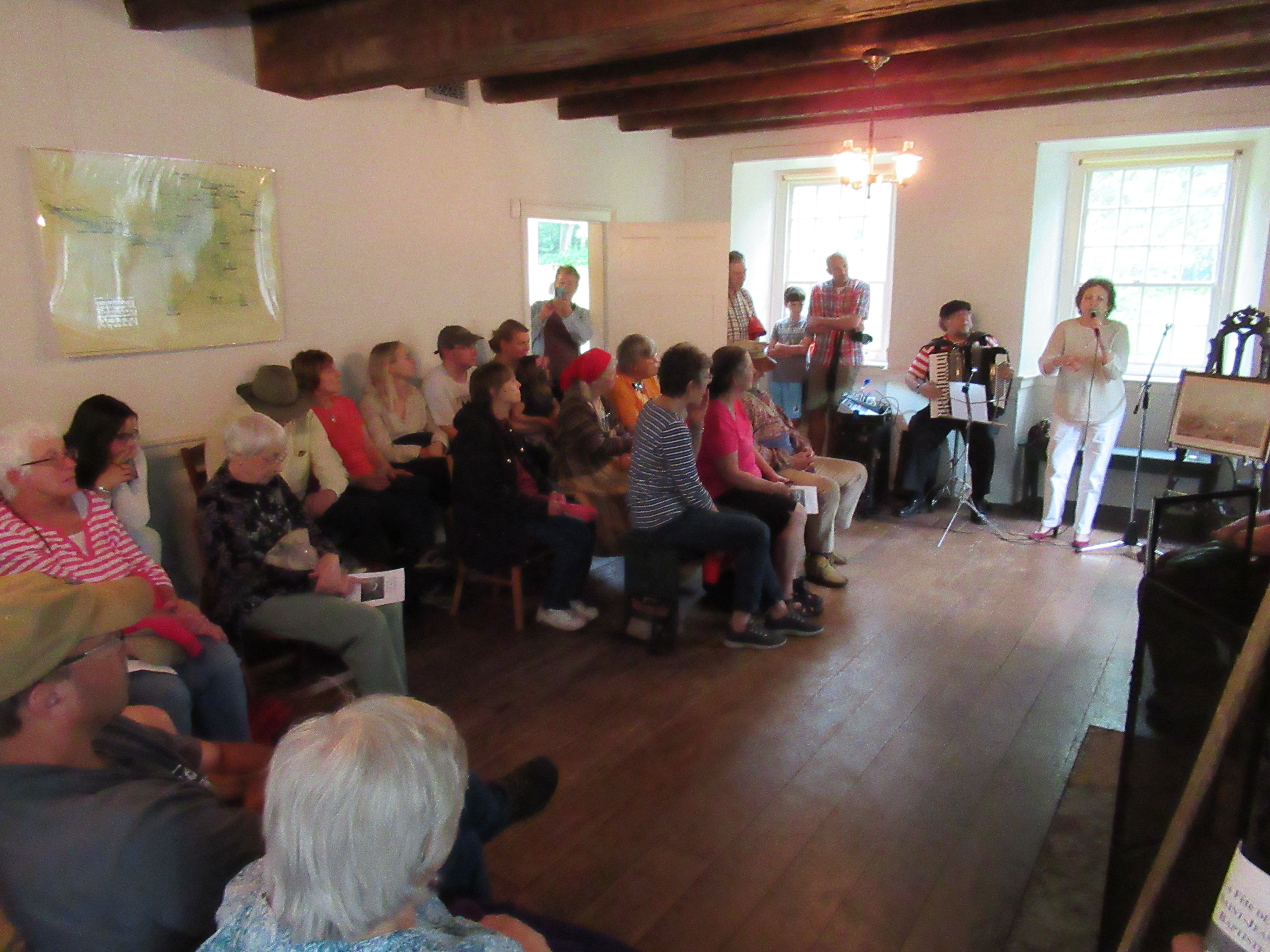 Francine Roche and Mark Stillman performed music for those attending. 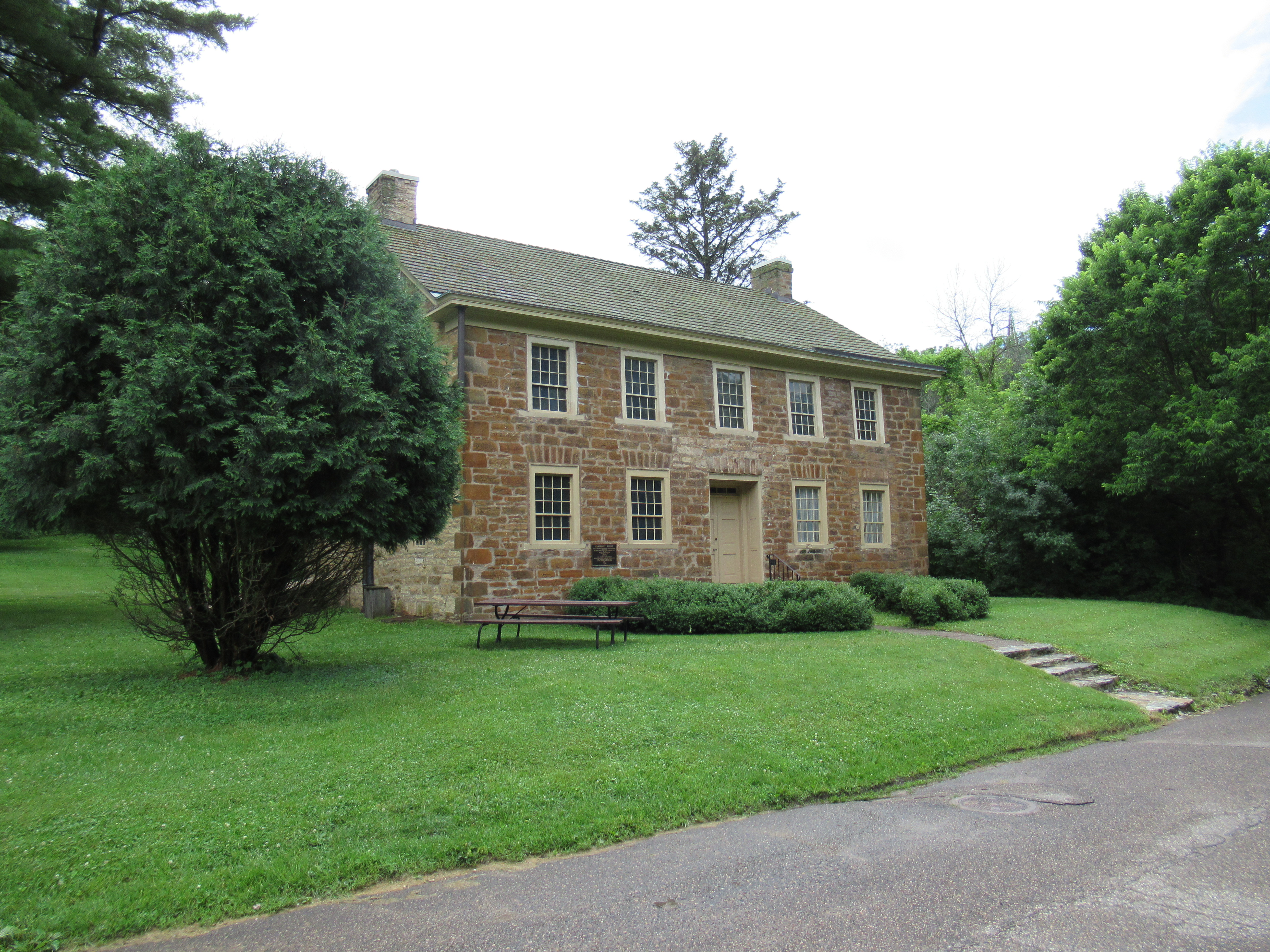 Faribault House at Sibley Historic Site, Mendota MN, the performance was in the living room behind the windows at lower right. 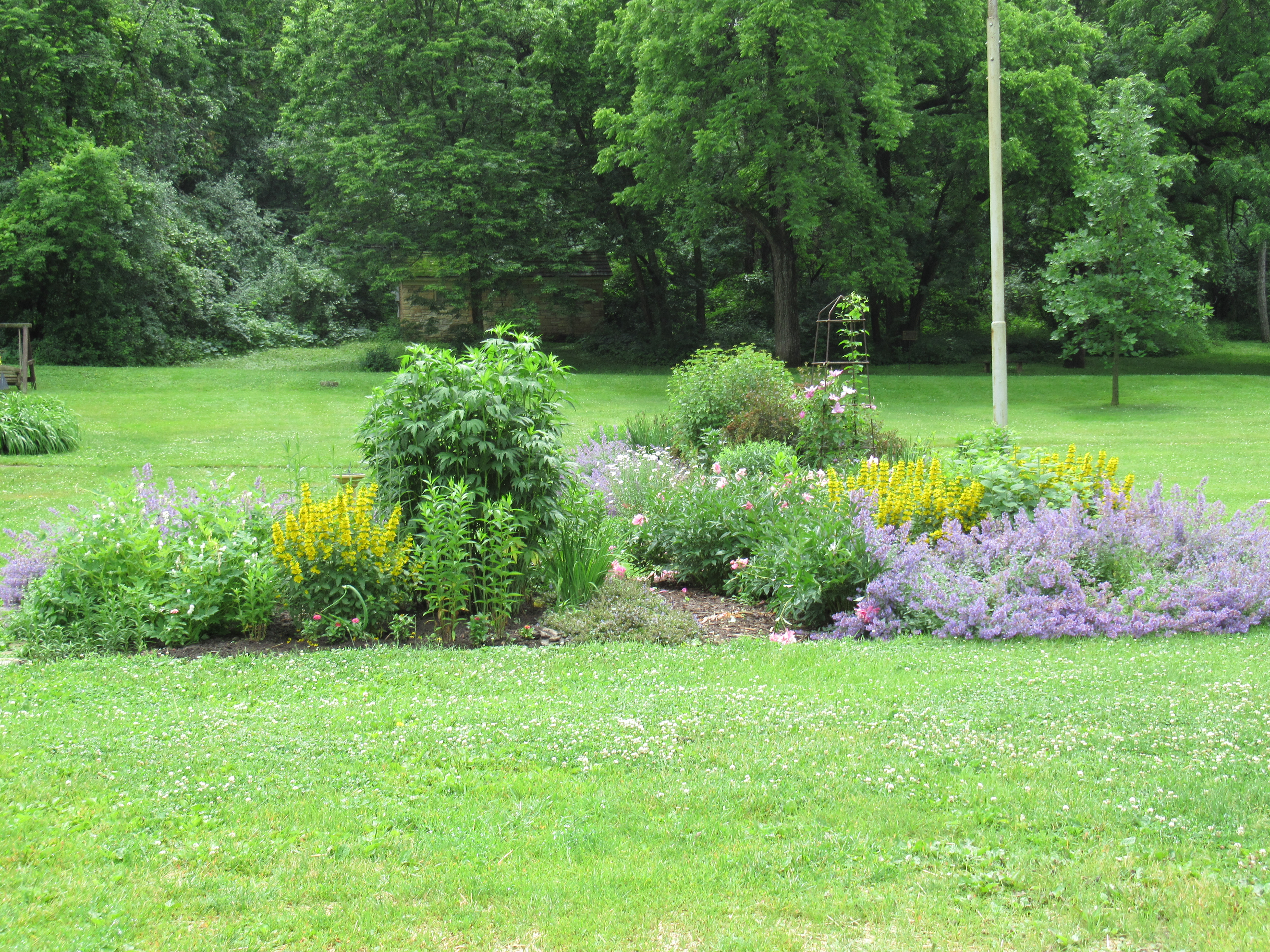 The beautiful, still damp grounds, at the historic site, June 24. No outdoor activities were possible the previous day. All activity was indoors. 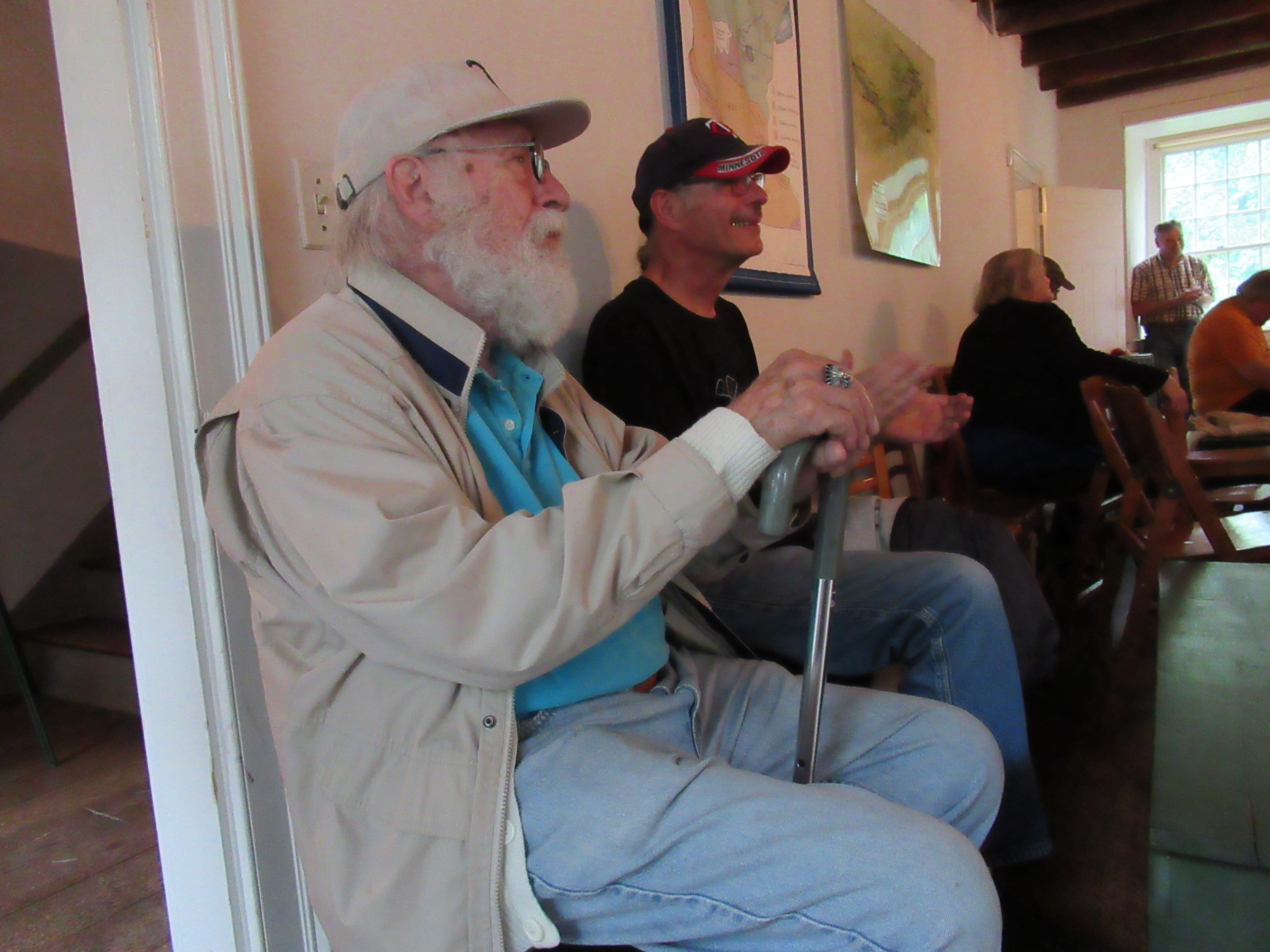 Don, 89, whose ancestry is substantially French-Canadian and includes Native American was among those in the audience who much appreciated the music and performance. 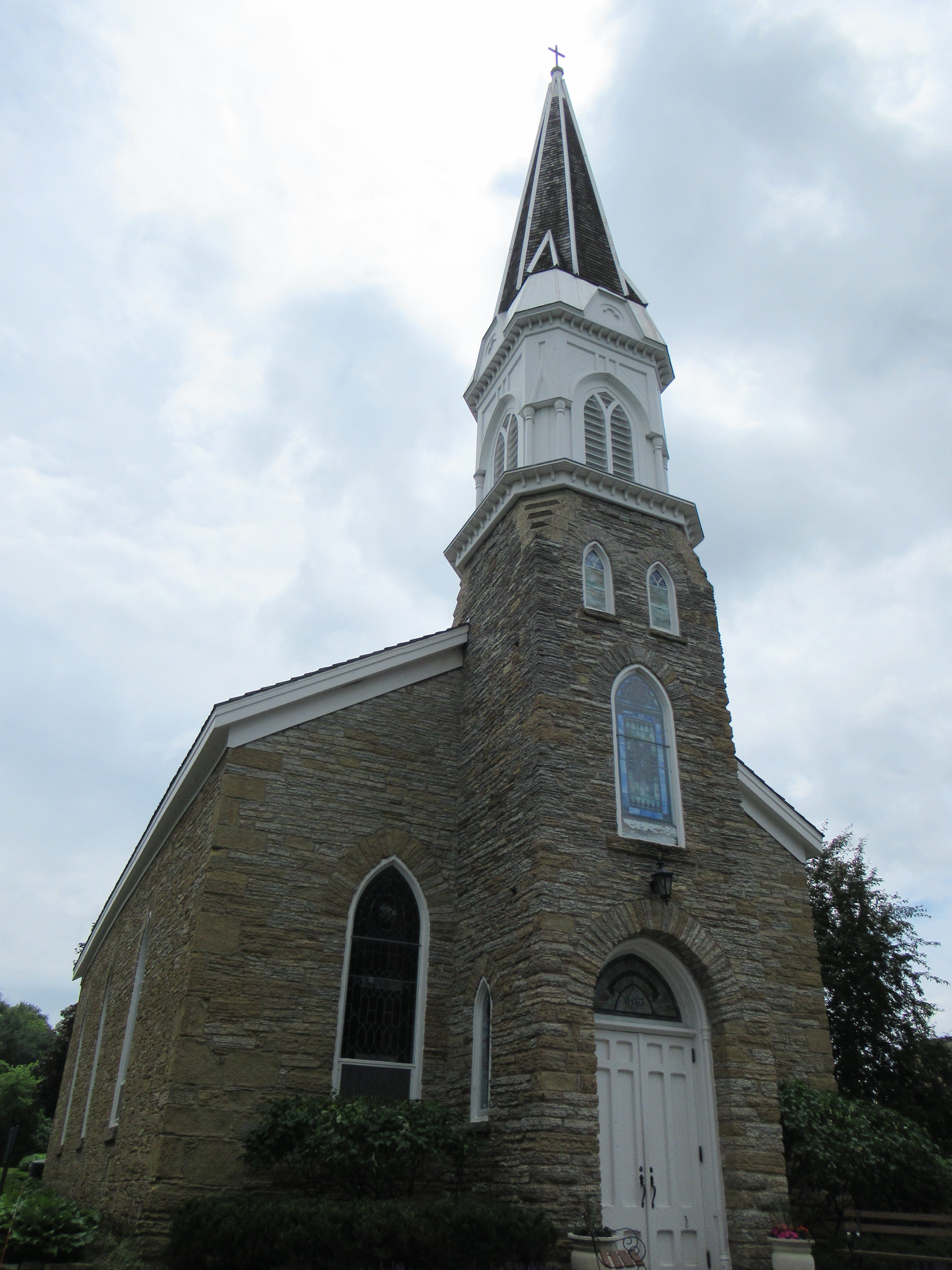 Near neighbor to the Sibley site, just a block to the south, is historic St. Peter’s of Mendota, one of Minnesota’s oldest churches, dating back to 1840.