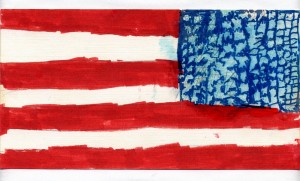 For the first three days of this week I was again away from the “news”. As I suggested in the “hermit” commentary a shortwhile ago, there are benefits to being ignorant about what is going on. But sooner than later, reality slaps one in the face. It is not pleasant.
Late this week, the U.S. House of Representatives, voted to authorize the Speaker to sue President Obama. It didn’t make front page news here; it was at the top of page three, even though it’s the first time in American history that a President has been sued by Congress. The key word: “authorize”.
My prediction: even if filed, the suit will go nowhere. In fact, I don’t believe there is any intention within the lawsuit for other than temporary political theatre. It is one thing to threaten a law suit; another entirely to actually file such a lawsuit; then difficult, time-consuming and expensive to go to court and actually prove a case when there are other than your own “facts” to contend with.
Since President Obama took office in 2009, the Radical Right Wing (which is now the official Republican Party in this country) has sworn to obstruct him at every turn. This posture is very public, easily found anywhere. Check Sen. Mitch McConnell and Rush Limbaugh among others.
The sole Republican objective: to make President Obama fail.
The gambit itself is what has failed, with the lawsuit only the latest move. It won’t be the last. President Obama has accomplished a lot, against incredible odds.
There are “Downsides” for every one of us in the obstruction in Congress, including those who dislike Obama and Democrats.
First, there is little apparent recognition of the fact that President Obama and the Democrats have a constituency – a very large one – citizens like myself.
It may be fun to kick Obama; it is good to keep in mind that he has lots of friends, like me, for instance.
And the silent majority of others who are only looking for a reasonable and responsible attitude towards governing and government in this complex society of ours.
Of course, Obama isn’t running for anything in November; the suit against Obama, and all of the other pieces of theatre, are to be used in local campaigns against Democrats.
So, what if the anti-Obama strategy “works”: the Republicans keep their safe majority in the House of Representatives, and pick up enough seats to take control in the U.S. Senate?
Will it be “game over”?
Hardly.
American politics has always been rough and tumble. I don’t like that, but it is part of the tradition of making decisions on important issues in our increasingly diverse society. 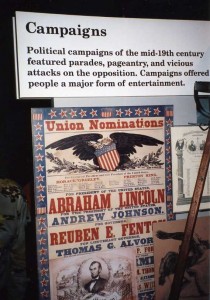 Until recent years, when de facto leaders of what I would call the Radical Right Wing took control, this public rough and tumble was accompanied by private recognition by all sides that compromise was a crucial component of reaching agreement.
Legislating was bargaining, a recognition of diverse interests.
In recent years one party, the current version of the Republican party, has been taken over by individuals who believe that winning is all that matters; that compromise is unnecessary. Their gameplan can be aptly summarized by an organizing slogan I experienced personally 40 years ago: a competing organizations mantra was “disrupt, confuse, display anger”. It worked for them, for a while….
I would venture that anyone who has ever been in a relationship with another human being soon comes to understand that some variation of bargaining is a constant, if the relationship is to have any chance of success.
Translate this into a society of over 300,000,000 people, and try to feature one party – one constituency – “winning” – and staying in control very long.
For near six years, the leadership of one party, the Republicans, has hooked its program to the failure of the other party.
Can it, if it wins in November, suddenly become the party of inclusion, of compromise?
I doubt it.
There is a choice in November, and all of we American voters will have to decide whose philosophy best represents us all.
Study the issues and the candidates where you live. Vote, and urge others to vote for more positive, traditional, government. There is a choice.
POSTNOTE: After writing the above came this very long summary of yesterday in Washington. It is worth the read, if you don’t do long pieces, read the last few paragraphs.
The essential message to me: we, the people, can make the difference, but we probably won’t, since it is easiest to be disengaged and complain than to do something affirmative, by hard work for an alternative vision.
https://thoughtstowardsabetterworld.org/wp-content/uploads/2022/04/thoughts-300x138-1.jpg 0 0 dickbernard https://thoughtstowardsabetterworld.org/wp-content/uploads/2022/04/thoughts-300x138-1.jpg dickbernard2014-08-01 05:03:282014-08-01 05:03:28#919 – Dick Bernard: The Downside of Playing Nasty.
0 replies