A week ago, out at LaMoure ND, I asked Uncle Vince if he’d like to go for a ride.
I knew what his answer would be: “yes”. As long as I’ve known him, a ride in the country is like ice cream to a kid. Farmers like to take a gander at the countryside, regardless of the season, and comment on what they see, which is lots more than city slickers like myself can hope to observe. The actions of land, water and sky are very important in their daily lives.
That’s the essence of being a farmer: having a feel for ones environment.
Along with me, I had a three-CD set of Benny Goodman’s 1935-39 small group recordings, a recent gift from an 84 year old elder neighbor. Vince was 10 years old in 1935, and sometime in his youth he had learned a bit about the clarinet.
He loves music, so Benny Goodman and clarinet was an additional treat on a pleasant early spring afternoon.
I mentioned that I had seen Goodman and his band in person, in Carrington ND, sometime in 1957-58. In that era, somebody in tiny Carrington managed to book famed national acts like Goodman, and Louis Armstrong and ensemble, who I also saw there in September 1957.
We chatted a bit about that, and then Vince said he’d once met Norman Borlaug. “The Nobel Peace Prize winner?” “How did this happen?”
Vince recalled a time he and Edith were driving on Highway 11 west of Hankinson ND and they saw somebody at roads edge. They stopped, and the guy said he was out of gas. So they gave him a ride back into Hankinson, helped him with the gas, and were on their way again.
In the conversation, it came up that their passenger that day was Norman Borlaug, and that he was out in ND checking on some field work on barley, if I recall correctly.
Borlaug won the Nobel Peace Prize in 1970, and Vince knew about him. It seems Borlaug has become controversial. There are assorted opinions about him. You can take your choice.
If you didn’t know the name, “Norman Borlaug”, you would be forgiven. Few outside of the agricultural community probably do.
But the conversation with my Uncle, long retired farmer, now in the twilight of his life, was fascinating to me, in part because through him I have gotten to know common farmers on their farms: how they live, how they think.
Vince was a small farmer by ND standards, but he had a lot of pride in what he did.
And while only high school educated, to this day he reads voraciously, and, if he could, he’d attend this or that farm meeting in his area of the state. He may have been “ordinary”, but ordinary meant extraordinary in so many ways.
He was well read, well educated. He remembered Norman Borlaug from that one brief encounter years ago. I had no doubt that the event happened as described, where described.
There’s the old saw about “don’t judge a book by its cover”, and it applies to my Uncle and to a great many others in all sorts of ways.
The 84-year old man, Don, who gave me that Benny Goodman CD spent much of his work career keeping track of the location of box cars for the Great Northern Railway – this was before computers. This same man, in his small home across the street from us, has an autographed photo of Elizabeth Taylor, dating from the time he was a dinner guest at her home during his days of involvement in the movie industry.
We all have our stories, to be remembered, and celebrated.
Thanks, Uncle Vince, for yours. And Don, as well. 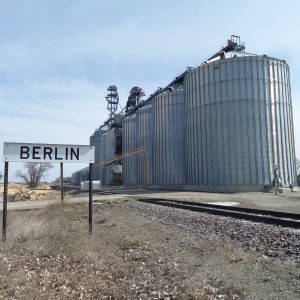