A fellow Franco-American, Jerry Foley, sent around an interesting letter from a Quebec visitor which he saw in the February 11, 2013, St. Paul Pioneer Press, entitled Sahn Pahl. Several of us, all with an interest in the general topic of being of French ancestry, or speaking or familiar with the language, weighed in with their points of view.
Here’s the originating letter:
“Have you ever noticed there are a lot of French names for places in Minnesota? The state motto is “L’Etoile du Nord” for a reason. I know people think of the area as having such a strong Scandinavian history, which it does, but it seems a lot of people here, and elsewhere, don’t seem to realize that, in terms of non-Native-American European settlement, St. Paul itself, and much of the rest of Minnesota, were originally explored and settled by French and French Canadians.
This history is represented in many names around Minnesota, from St. Paul to Lake Vermilion. Take a look online sometime and see just how many names in Minnesota are French and discover what a rich French history the state has.
I recently visited St. Paul (pronounced “Sahn Pahl”) to do some genealogical history for my family. I have many relatives who lived in and around St. Paul in the 1800s and many are buried in some of the old Catholic cemeteries around the city, complete with headstones totally in French. During my interaction with locals here, I was constantly being “corrected” for my pronunciation of common French terms and names. For example: I pronounced Brainerd as “Bray-Nair” the actual pronunciation and a much prettier sounding place than “Brain Nerd.” Don’t you think?
I pronounced St. Cloud as “Sahn Cloo,” St. Croix as “Sahn Kwah,” Duluth as “Doo loot,” Hennepin as “Ahn Pahn,” Nicollet as “Nee coh Lay,” Robert Street is “Row Bear,” Mille Lacs as “Meel Lahk,” Radisson as “Rahdee sohn” and Pepin as “Pay Pahn.”
I could go on and on as Minnesota is full of French names, but I think you get the idea. All of these pronunciations are actually the correct way to pronounce these words. So, hey, give it a try, Minnesota! Now I don’t even dream that people in Minnesota will start to pronounce these names correctly all the time, but I propose that on one day a year, everyone at least tries to. So, from here on out, I proclaim Feb. 20 pronounce-it-correctly-in-French day in Minnesota.”
Miah Saint-Georges, Saint-Aime, Quebec, Canada
Like most of we French-Canadians, Jerry sports mixed ancestry: Irish and French-Canadian (for me, it’s French-Canadian and German). For you?
But because we live in a country that has truly been a melting pot for most of its history, the pronunciation dilemma, among many others, makes it difficult to maintain some kind of true ethnic identity.
The letter was shared among the members of the steering committee which helped bring the fruition Franco-Fete in Minneapolis September 28-30, 2012. Several persons commented.
Reader. What is your opinion?
(click to enlarge) 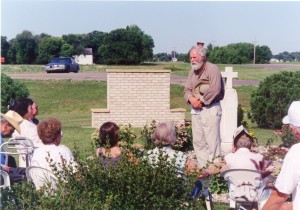 Dr. Virgil Benoit Prof. of French at the University of North Dakota and IFMidwest: Like the author of the article regarding pronunciation of place names, many persons are surprised that with all the names that reflect historical presence so little of that history seems living. The author would have to spend a little more time studying the complexity of the matter, and it would be good if his interest were met with a growing interest among those interested in the heritage of French and French Canadians in the Middle West. Pretty hard to be taken very seriously when so quickly passing by. 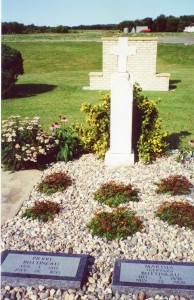 And here is Mary Ellen Weller, from the foreign state of Wisconsin!
Tous et toutes (one and all)
Let me just add another perspective from the standpoint of the historical power of naming. After all, the native peoples had names for most of these places before any Europeans came.
Then, there is the evidence of power shifts among these Europeans in the many place names that were simply translated from French to English as the British took over. Rainy Lake (Lac de la pluie) is a good example.
As a French teacher, I’m all for good pronunciation but I delight in the survival of so many French place names and value that far more than proper pronunciation.
Jon Tremblay, of St. Paul, who has a web presence at ToutCanadien.com*: Those who know me may be shocked by my reaction to this story. I’m satisfied with the status quo, that is, the local pronunciation.
“Proper pronunciation” is going to differ from one Francophone to another, be it Canadian or French. There is no one proper pronunciation, contrary to what some may foolishly and arrogantly believe.
The local Anglicized pronunciation makes it ours. You can tell if someone is a native Minnesotan by how they pronounce the name of a town, river, lake, county… Mispronunciation of the original language is also not something unique to French. We say “New PrAYgue” and not “New PrAHgue” for New Prague. We say “Shisago” and not “Tchisago” for Chisago. We say, “A-no-ka” and not “A-no-KA, which would give you away as an outsider right away. Lake “L’Homme-Dieu” is slaughtered beyond all recognition in French to the point of making a Francophone burst out laughing, but it’s OUR pronunciation.
I think the important thing in all of this is to remember where the names originate and give credit where credit is do. You’re not going to change the way people pronounce these names, but you could cause them to have a deeper appreciation of where they come from, which would include knowing the pronunciation in the language of origin.
* – And speaking of the web site, something I have not mentioned to anyone to date is hopefully on 4/1/2013 I will have the first of 4 books available for purchase (cheap). This will be a “Jump-Start Guide” or a “Crossing-over Guide” for those who learned France French and now want to understand Canadian French. Based on the number of requests I’ve had to provide this, I think it will be very popular and a good seller. 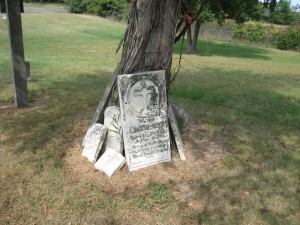 Old Cemetery rural Dayton MN Sep 2012 cemetery is maintained, but assorted gravestones no longer are above graves. This was a French-Canadian area.

Definitely interesting, not only the article, not only the fact itself… but people’s reactions to it….
I keep surprised by [some] not wishing to have a proper pronunciation… It shows a strong will of being themselves, of building an identity that is really their own identity… but to me it seems like if I decided to speak English with my own pronunciation that only the French who speak English could understand… I have been through that sort of attitude amongst French people living for many years in the UK. Some of them would never pronounce proper English and therefore would never be well understood by the English although the quality of their language was very good…
In Quebec, you’ll find an accent but that is easily understood by the French. You will always find stronger accents but even in France there are some strong accents that I can’t understand properly. It comes from old people who have never traveled out of their village or who have never met anybody else than their own family.
In Quebec, you will find many many people with the standard French accent… listen to the radio or the television and I have traveled in Quebec before and you will be surprised but it is true…. as well as in many schools… Those who make the effort, understand that it is a way of opening to the world…and it does not affect their identity… Some others would react like “I am Quebecois and that is how we are”. Fair enough for them.
The idea is that a language is for communication and if you limit it to your area… you lose too much…an accent is fine (and very nice) but not if it prevents your communication with the external world…. I think.
Of course, we are here talking about a community who has this very special definition of being American and having mostly partially French and Canadian origins…not only a community but a state…and finding an identity so many years later based only on very older origins is a challenge that I can try to understand. 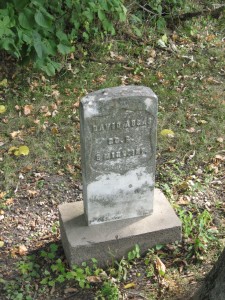 Pierre Girard. In my opinion, except for Polish and French, most foreign names and words are pronounced phonetically. One has to have some knowledge of French to know which letters are pronounced and which are silent. Then the rest of the pronunciation is regional and who knows who set the rules for local dialect. Take the capitol of South Dakota for instance. I think all English speaking people would know how to pronounce Pierre correctly, and not as Pier. Most folks pronounce Louisville, KY correctly but then say St Louis, MO instead of “San Lewee”. Then there is Beatrice, NE. It is really pronounced “Be-AA-trice” for some strange reason. Part of the reason that many French words are pronounced incorrectly has a lot to do with the majority of “Americans” speaking only one language and that we are not the most educated nation on the planet.
These are thoughts and not excuses.
In Chippewa Falls the French name Clottier was pronounced Kloocky by the old French people as well as the pie tourtiere was pronounced “tooquere” by my dad’s French relatives. I heard folks at Our Lady of Lourdes pronounce it the same back in the old days when Les Canadienne Errants sang there.
Last (and least) from Dick Bernard: My Dad was 100% French-Canadian, so I’m 50% deeply rooted in things French. But I knew nothing about my ethnic heritage until I was over 40 years old; and did not meet my first-language French-speaking Manitoba relatives till I was over 50. Similarly, elements of the French culture also passed me by. I do not remember a single ND town in which I grew up where there was any visible French presence (including geographic names). German Catholic, Scotch Methodist, Norwegian Lutheran, Syrian Muslim, yes…but not French-Canadian.
Very recently, I came across a “Survey of N.D. Education” which I wrote for my College (Valley City State Teachers College) newspaper over 50 years ago, July 5, 1961. The second paragraph said this: “…the first school in what is now North Dakota was established at Pembina in the year 1818. It was run by the Catholic church – being used for the education of the children of the French settlers at Pembina, and it lasted for only five years. the “classroom was usually a settler’s home, and no school building was constructed in Pembina until 1876.”
At the time, I had no notion of the cultural and historical significance of that paragraph.
My favorite, accidentally discovered, French-derived Americanism is “booya”, the more or less ubiquitous summer picnic staple for churches and organization. Throw everything in the pot, and at serving time it comes out “booya”. A year or two ago I got curious about the word. Here’s what a google-search turned up.
https://thoughtstowardsabetterworld.org/wp-content/uploads/2022/04/thoughts-300x138-1.jpg 0 0 dickbernard https://thoughtstowardsabetterworld.org/wp-content/uploads/2022/04/thoughts-300x138-1.jpg dickbernard2013-02-20 19:46:422013-02-20 19:46:42#692 – "Sahn Pahl", some points of view on pronunciation of French words
0 replies