A couple of weeks ago I attended the memorial service for a former colleague of mine. He was 78 when he died, and the memorial service was in a small city outside the twin cities area.
John had been my colleague for 24 years. I didn’t know him well, as we were among about 40 staff people in a state-wide organization, and other than relatively frequent staff-meetings, he & I didn’t have any day to day relationship. He was from another part of the state. But we were part of the same staff group and saw each other frequently.
John’s was an open casket funeral. We were there, family and friends and colleagues. A Methodist minister officiated.
(click on photos to enlarge) 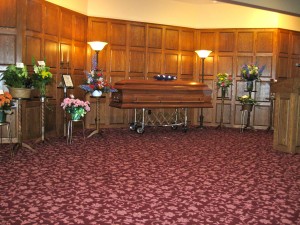 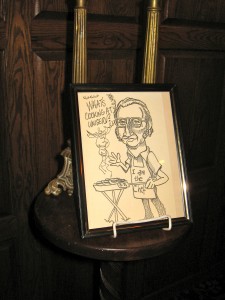 We’d seen the obituary before the funeral, and it mentioned John’s “significant other for 37 years, Oliver…”
I asked our colleague who I was riding with, “was John Gay?” Yes. Obviously he was. I’d never noticed anything. He was simply ‘staff’ like me.
With John’s casket was a military-folded American flag, recognizing his military service. He’d been a Marine in the Korean War years. For nine years he had been a public school teacher before he was a union representative.
I’d guess there were about 30 of us at the service, mostly family members.
It was a very nice send off for John.
I noticed in the obit that while John grew up and went to college in Iowa, and had lived for almost all of his work life in Minnesota, that his burial was to be in a rural Norwegian cemetery in eastern North Dakota.
As is my tendency, I asked a stupid question of Oliver, his partner: “why is the burial to be in North Dakota?”
Oliver replied politely that the cemetery was his families cemetery, and he and John had bought adjoining plots some years earlier. It was a matter of fact answer. I felt foolish.
They’d loved each other for 37 years, why wouldn’t they want to be buried together?
John’s funeral occurred at the very time when the issue of Gay relationships is under the spotlight in the United States. In the last few days President Obama has weighed in, powerfully, on the issue; and North Carolina has enshrined anti-Gay marriage language in their State Constitution.
Such a matter is pending in Minnesota in the Fall election as well, and politically savvy people are calling the Gay issue a wedge issue….
As the casket was about to be closed, Oliver said the final goodbye to his partner. I don’t recall ever seeing such a tender farewell from one to another. It was a gentle, powerful moment.
Perhaps, just perhaps, John’s death on April 29, might be part of the death of the anti-Gay hate campaign that has been so useful to so many for so long.
One can hope.
TWO VIGNETTES plus two other points:
1. My Aunt Jean passed away in 1994, and I volunteered to give my friend, Fr. Paul, a ride to the memorial service.
Paul had married Uncle George and Aunt Jean in 1944, and had baptized me in 1940. In his later years, he and I had become good friends.
During the long drive from his home to the place of the memorial service, Paul began to reminisce about his growing up, seminary, and his many years in the Priesthood in North Dakota. By all accounts, he was a very faithful Priest, a very good man. We talked about many things: about the loneliness and isolation of his profession, and of how he and his colleague Priests coped, and of occasional serious lapses. Priests are human, after all. He allowed me to tape his reminiscences.
There was only one point at which he became visibly agitated about anything, and that was when he talked about homosexual relationships. “I just don’t understand that”, he said. And on we went.
It has occurred to me that it was not homosexuality of someone else that was Paul’s problem; it was Paul’s unwillingness to understand it that was his own perception problem. So it goes for those who rail against it. It is not a religious issue so much as it is an understanding issue.
2. The Catholic Church hierarchy (happens to be my church too) is in the forefront of the marriage/man/woman campaign. It is not quite as simple as the Bishops and Cardinals ‘teach’.
I have the marriage contract of my first Bernard ancestor in Quebec in the year 1730 (in its entirety here: Quebec Marriage Cont001)
The document speaks for itself. Quebec was a Catholic country: non-Catholics were not welcome. So this civil contract did in fact require marriage in the Catholic Church. But the civil contract was entered into two weeks before the religious marriage, and they were separate and distinct entities. Even in an all Catholic country, there was separation between Church and State. In the Bernard-Giroux case, the marriage in the church happened two weeks after the civil contract of marriage. Would there have been a valid civil marriage if one or the other of the couple died before the religious bans? Doubtless that happened more than once.
3. I keep thinking of my classmate, Jerry, who died in 1993. We were simply classmates in a tiny school (senior class of nine) and it wasn’t till years later that I learned he was Gay, from his Aunt. Recently I googled his name, and up came a short obituary of him. It would seem appropriate to add this web reference to Jerry, which speaks well for itself. I particularly note the anonymity of the two brief tributes. That is how it has been, to be Gay in our society.
4. A longer summary of the current political conversation about the Gay Marriage issue is here.