Happy Mother’s Day.
This phrase, (link) “A woman’s work is never done”, keeps rattling through my brain. (The link is an interesting compilation about “woman’s work”.)
There are infinite variations to the theme, “Mother’s Day”. For us, one event will be the always fascinating May Day Parade in south Minneapolis (this years version was postponed due to weather.)
Two recent events lead to this days post.
May 9 I rendezvoused in Sioux Falls SD with my friend from 8th grade, Emmett. Emmett and I have been “Christmas card friends” over the many years since we first met in 1953-54 in western North Dakota. Because he lived on the west coast, and I in Minnesota’s Twin Cities There were rare “faceoffs” (as my Dad would describe face-to-face meetings). I recall brief ‘faceoffs’ between Emmett and I in 1958, 1997 and 2007. That’s about it.
This time a wedding in Emmett’s family in Sioux Falls gave a good excuse for my 250 mile trip west, and the two of us had a great conversation, just “catching up”.
We met in 8th grade, the only year we lived in his tiny town of Ross ND. He was a farm kid, and I the oldest son of two teachers in the tiny town school.
My Mom, then 44, was our teacher in the 7th and 8th grade room. Her son, my brother John, then 5 years old (there was no kindergarten in these tiny schools), spent his school days in our classroom.
click on photo to enlarge 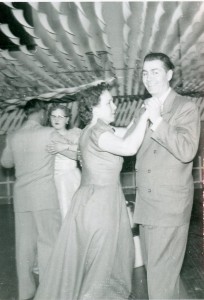 Esther and Henry Bernard at the Ross Prom, 1954

May 9 and 10 Emmett and I had maybe five hours to ‘catch up’ and he told a simple story, a memorable one which seems to fit Mother’s Day.
When he was a kid he had a great interest in airplanes, and one day he happened to see a wing of something protruding out of a bag he probably wasn’t supposed to see. It was a model of a B-17, an important aircraft in WWII, planned as a gift to him.
Somebody had noticed Emmett’s interest, and paid attention to it, and the gift became part of his life memory bank, and possibly a motivator as well.
It was a single item, a single event, but Emmett went on to become an aeronautical engineer and a very successful one.
I don’t have a lot of memories of my Mom as my classroom teacher, and likely Emmett didn’t have either. But as generations of students know, good teachers are best at helping students become functioning and aware adults…and I think both Mom and Dad succeeded at that, and not only with me. Life lessons from our elders are very often doled out in ‘bits and pieces’, most held below the conscious level. Memories that stick.
The second event impacting today happened several weeks earlier when I received an invitation to a reading of a new book by the author, Annetta Sanow Sutton.
Annetta is someone I’ve known for over 25 years, but I can recall only twice actually seeing her in person in all those years.
I went to her reading, and bought the book, and read it: Catholic Alcoholic, A Witness to Addiction and Redemption. (No, it’s not just for Catholics….)
The title is serious, but it is a memoir, and I found it to leave openings to reflect on my own life experience within my own family. While it was a mother’s story, a sister’s, a daughters, a niece’s…it left plenty of room for reflection for me. 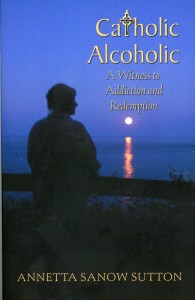 One reunion with an old classmate, male, and another, a reading of a book by a career professional in counseling, female, brought me some new insights into the many and diverse ways women – mothers – live on in all of us.
My own Mom died 31 years ago, at my current age, so I think of the moving on of life more so than usual this year.
None of us is perfect. The best we can do is to contribute at least a little to the betterment of our communities, families and world.
Happy Mother’s Day!
Yes, “A woman’s work is never done.” 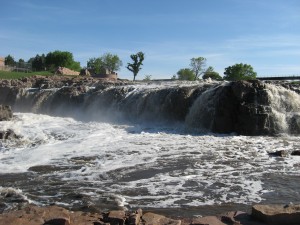 UPDATE May 16, 2012:
Will, on May 13, responded to this post as follows:
It is among the least politcally correct things to say on Mother’s Day but there are a number of us who were tormented and some who even required mental health care for years because of mothers who, for one reason or another, made our young lives miserable.
I believe it was the writer Philip (sp?) Wylie who wrote about “Momism,” the dark side of motherhood.
When I visit the family burial plot at the Jewish cemetery at 70 1/2 St. and Penn Av. S. Richfield, MN it is decidely with mixed emotions for both my late mother and father.
How to prepare young people for parenthood should be part of the education curriculum, in my opinion.
What do you-all think?
Dick, in response: Will’s is a valid point. Not all mothering…or fathering, for that matter…experiences are all that positive.
Speaking for myself, I was Mom, and Dad, for nearly nine years to first an infant, then, later, to a teenager, my son. I can say, I guess, “been there, done that”. It wasn’t an easy task single, nor married. People have differing skills, priorities and demands. You only hope that in the end things turn out for the best. There is a great deal more to my story, which my family could tell very well. Suffice to say, I understand Will’s lament.
Annetta Sutton in her excellent book, Catholic Alcoholic (see above), makes comments on this issue within her own family.
I noted on Sunday at Basilica of St. Mary that there was a different emphasis in the traditional end-of-Mass blessing for Mothers. This Sunday, the Priest asked all women to stand, and blessed them all, acknowledging that “mother” is a much broader term than simply having given birth. It was handled very well, and I think the congregation was pleased.
https://thoughtstowardsabetterworld.org/wp-content/uploads/2022/04/thoughts-300x138-1.jpg 0 0 dickbernard https://thoughtstowardsabetterworld.org/wp-content/uploads/2022/04/thoughts-300x138-1.jpg dickbernard2012-05-13 05:02:542012-05-13 05:02:54#569 – Dick Bernard: Mother's Day 2012. "A woman's work is never done"
0 replies