If you aren’t normally involved in politics, or even if you are, you might be interested in this recap of last weekends local district political convention. 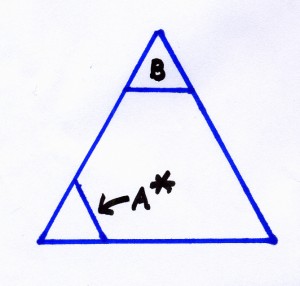 We have a societal, essentially tribal, inclination to label and judge “broad brush”. Therefore, rather than talking face to face, we label: Iran, collectively, is evil; or, or or….
And “Politicians”. Back in early January a well known activist wrote me a letter framing the issue, without intending to do so: “Politics is the art of the possible and involves compromise. That is the job of politicians and I respect that. The job of [my movement] is to focus on [our] issue….” In other words (my opinion) we can’t and won’t compromise….
When you go to a local political convention as I did Saturday, you know that labels are unfair and inaccurate.
In my case, to be “Democrat” does not mean to be alike. If one or the other party has been taken over by fringe ideologies, that simply means that others let it happen. If the left wing (which in my opinion is very similar to the right wing) feels deserted by the Democrats it is because it doesn’t show up, or its positions are considered too extreme and it refuses to negotiate.
In Minnesota the formal process began with the caucuses in February.
Someone on Saturday said that similarly relatively small numbers of Republicans and Democrats attended their respective precinct caucuses in February.
I don’t know the Republican process; I know that all are welcome at the Democrat (DFL) caucus. Some would call this openness a liability; I consider it a strength. And if you came to the caucus you were at step one of the process* in the DFL party. You could propose and argue resolutions, you could stand for delegate to the Senate District Convention, and from there have the opportunity to be a delegate to the Congressional and then State Conventions.
In my caucus and convention, everyone who wanted to become a delegate had the opportunity.
So, we delegates gathered in Maplewood on March 31 to organize a new Senate District 53. The credentials report showed 119 of us, which was about 70% of those had agreed to be delegates. Vested in us was the power of the convention to endorse candidates for office, as well as deal with the over 90 resolutions forwarded from the precinct caucuses. Volunteer committees gathered several weeks before the convention to plan for March 31.
Beginning at 9 a.m. we dealt with all of the things that are important in such Conventions.
We heard a number of speeches from candidates or their representatives, some ‘circuit riding’ from one convention to the next. I always have great respect and admiration for those, including those who do not prevail, who put themselves on the line vying for these offices. Being a candidate is very hard work.
We heard from our candidates: two of the three positions were contested. We chose our candidates to support for State Senate and State House of Representatives. All three are women. These fine committed potential public servants are: Susan Kent, Ann Marie Metzger and JoAnn Ward.
We were all getting tired, and we still had to pick delegates to the Congressional District Convention, and deal with the resolutions.
We had no contest for delegate positions. Everyone who wanted to go on had the opportunity, either as delegate or alternate. There is an affirmative action rule requiring that there be equal numbers of men and women, and we met that criteria.
Then came the Resolutions.
At the Convention pre-meeting, we had winnowed down the initial 90 resolutions to 33 (many were essentially identical). The Convention could have approved and advanced all resolutions, but 7 were challenged by delegates for assorted reasons.
There was reasoned, and reasonable, and brief, debate on all of the questioned resolutions. When we adjourned at nearly 4:30, 4 of the resolutions had been removed, one through a tie vote. One was very significantly revised, then passed.
29 Resolutions go on to the 4th Congressional District Convention later this month.
By participating, you learn that politics is not evil, but good. That reasoned debate among reasonable people comes to reasonable results.
And most important, that political decision making goes to those who show up and participate, including through voting…. 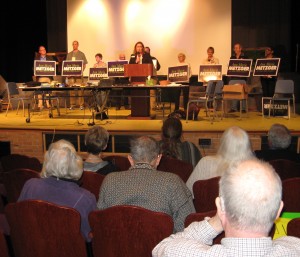