A number of years ago a new acquaintance, Paul Hoffinger, called to invite us to get to know an organization he was involved in. We enrolled, and became a small monthly contributor to to the group, called RESULTS.
Some years later we were part of a group traveling to observe the work of the micro-finance group Fonkoze in Haiti. Two staff people from RESULTS were part of the delegation, young and vibrant people.
Then, last week, Paul called again, to remind us of the RESULTS event which happened last night. Without his reminder, we would not have attended. We were both happy that we went.
RESULTS is one of those thousands of ‘under the radar’ organizations which are quietly about the business of doing good for those who are unable to lobby for themselves: “the least among us”.
There were perhaps 30 of us at the gathering, and we enjoyed a light meal and an impressively paced program which began and ended on time!
RESULTS emphasis is positively impacting on government policy for the poor in our country and elsewhere. It is a network of citizen lobbyists working in local communities with local lawmakers to, as former MN Congressman Arlen Erdahl said, “Help people help themselves“.
Erdahls career included time in the MN State Legislature and service as Minnesota’s Secretary of State. In addition, he served six years as part of the Peace Corps, in Jamaica and at Peace Corps Headquarters in Washington. Erdahl encouraged ordinary citizens to lobby their legislators. In his view, “lobbying” is not a dirty word, and well informed and respectful citizen lobbyists can and do have impact on lawmakers. In fact, he said, a few individually written letters on a particular topic will catch a lawmakers attention: “what is going on?”
Yolande Saboutey, a native of Togo, learned about RESULTS through a class project, and chose to become involving as a volunteer, helping sponsor children’s education in her country. 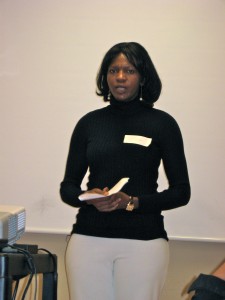 Several others, including Jim Koppel, Regional Director of the Children’s Defense Fund, encouraged us to reach beyond ourselves.
We could have found other things to occupy ourselves last night other than driving across town to another meeting.
Paul Hoffinger’s willingness to send an e-mail, make a call, and continue to follow through made the difference, and his is a good example worth emulating.
Thanks, Paul. 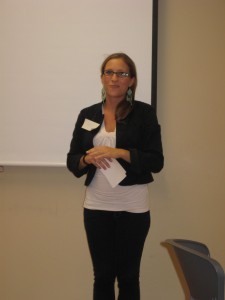 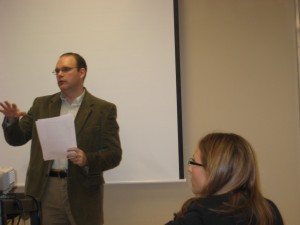