The November 10 mail brought a newspaper column I had been expecting, a tribute to my brother-in-law Michael Lund, who died exactly three years earlier in Fargo ND.
The column, by Bob Lind in the Fargo (ND) Forum, Mike Lund Fargo Forum001 tells most of the story, and speaks profoundly for itself.
I had the honor of spending quality time with Mike as his life ended Nov. 10, 2007, at age 60, cancer.
A few hours before he died I was able to tell him a little about his Dad, whose death certificate came up in an internet search. I was lucky, and he was grateful: he never knew his Dad or anything about him.
This is Veteran’s Day, and Michael was an Army veteran. He was inducted 8 February 1971 and was honorably discharged 30 January 1973, with Good Conduct Medal and rank of Specialist 5th class – an unusual accomplishment for an enlisted man. Much of his service time was in Germany. It was an easy trip from base to the Munich Olympic Games of 1972, and he went. 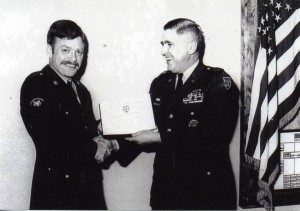 As Mr. Lind relates, Michael’s early life was anything but easy. One wonders how he survived at all. His sister was my wife; his mother was my mother-in-law, a fine but very poor and disabled woman who did what she could.
A draftee, Mike once told me that he grew to like the Army. It brought stability to his life and he had thoughts of making it a career.
But as often happens, circumstances interfered. In Michael’s situation, the problems began sometime in the late winter of 1972 when someone unknown filed a complaint against him, very obviously concentrating on his short career as a school teacher in small town North Dakota. The 22-page military interrogatory transcript, of which he kept five copies for some reason, laid out the allegations against him. The primary complaint appeared to center on his allowing his high school students freedom of speech to protest against the then-raging War in Vietnam. Somebody didn’t like that. He was fired from his teaching job in mid-year, and then he was drafted.
He did well in the service, likely had a secret security clearance, and someone, probably a civilian back home, didn’t like that a person who allowed protests of the War was in an intelligence position. In the transcript, questions are asked about an apparently radical teacher at the college he attended. Was he in this teacher’s classes? Yes. He was dirt poor, and he was apparently behind on some small payments to stores and such, and that was on the tally sheet as well.
His Honorable Discharge is the only official record of his military service and there is not a single word on it that even suggests less than totally honorable service.
Still that 22-page interrogatory was his most important paper. For me it has become, in a sense, his biography.
Michael came home in the winter of 1973, his dream of an Army career apparently destroyed; his opportunities to get another teaching job probably destroyed as well. The rest of his life, which I witnessed from a distance, usually, did not reveal the tenacity of a kid who rose above all odds to not only graduate from high school but earn a B average in college. I am guessing there are things that went on in his post-Army life that I would rather not know. Nonetheless, when I make my list of heroes, he is near the top. He survived against all odds.
As life wound down for him – this began to accelerate with his mother’s death in 1999 – Michael lost his house. Winning the Minnesota Lottery or other sweepstakes had become his passion…. He mused about good places to be homeless. Becoming paralyzed from the waist down as a result of major surgery ended that idea.
It finally fell to me and a cousin of his to clear out the flotsam and jetsam of his life.
In a small chest in his room, by his bed, in a drawer by itself, was his crumpled up Army uniform, with a small box of medals. It was a mess, that uniform, but it was very important to him. Also there were his dog tags, and on their chain a little medallion he had purchased somewhere, sometime.
Then he died. One of the few people at his funeral was one of his high school teachers, Ann Haugaard. She spoke very positively of him.
This past summer I delivered that uniform and all of his important papers to the North Dakota State Historical Society in Bismarck. They accepted the gift.
Mike, I salute you.
Dick
U.S. Army, 1962-63 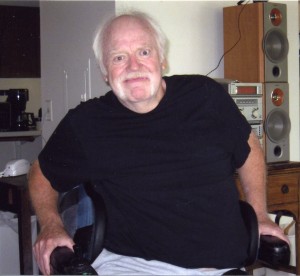 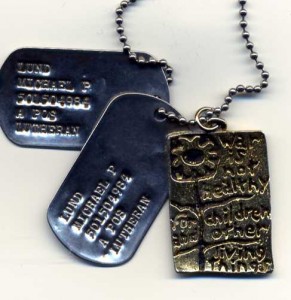 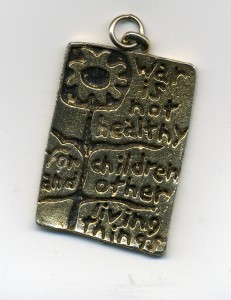