Those interested in why I very strongly support Hillary Clinton for President can read my post from Sunday here. The post includes several comments pro and con as well.
Personally, I always find the perspectives of Just Above Sunset informative. The latest is here.
(click on all photos to enlarge) 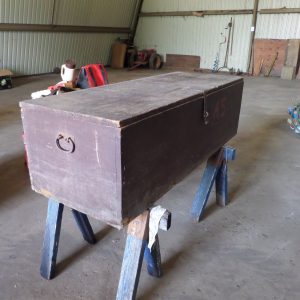 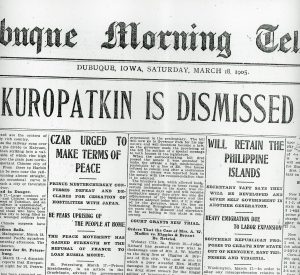 Monday evening came one of those far too infrequent “faceoffs” (as Dad would say) with my cousin and her husband from Winnipeg. We had a too-short but animated visit over dinner in Edina, and covered lots of bases, a small part of which touched U.S. politics, which is a natural point of interest (and concern) for Canadians, who share thousands of miles of border with us.
My relatives, who grew up in the border area just north of the Minnesota/North Dakota border, still speak their native French as first language. At the same time, they are equally fluent in English, and have been dual citizens of the U.S. and Canada for years.
The conversation drifted to Ovila, my Dad’s first cousin, and my cousins father, born in the early 1900s.
How did Ovila learn English in the days before television, living on a farm in a section of Manitoba whose first language has always been French?
The answer to this question is complex, but as I recall, the newspaper was a primary vehicle, and as I recall from my own conversation with him years ago, catalogs, a primary source of information about goods for the farm. He self-taught himself English.
Ovila read every word of the newspaper, as did his neighbors. They were very well informed. Made no difference who wrote what, agree or not, it was consumed.
It caused me to think about my German grandparents, whose now-former farm has been my preoccupation for the last two or three years.
Being male, my focus was on Grandpa. Their country mailbox was full of paper: the weekly newspaper from LaMoure; the Jamestown and Fargo papers; the Farm Journal; catalogs; on an on. And they were religiously read. People like my Mom occasionally contributed a piece of poetry; I have articles Grandpa wrote soliciting membership in the fledgling Farmers Union in 1928. And on and on and on.
Last year, while going through the abundant detritus after my Uncle died, we looked through a well constructed coffin like packing crate obviously used to bring possessions to the North Dakota farm from Wisconsin when Grandma and Grandpa moved there in 1905 (see photos above, and following). Among the precious contents (at the time), Grandma’s wedding dress, and assorted ‘stuff’, then to be saved, now of little interest, except in passing. 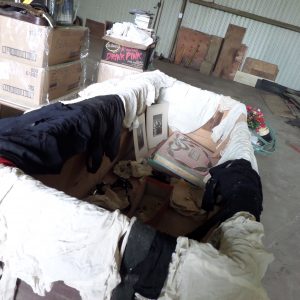 In the box were two crumbling Dubuque newspapers, one in English; the other in my grandparents native German. Probably they had been delivered to the Wisconsin farm, and were handy when they were packing stuff for shipment to ‘Dakota. The articles in the English edition covered the waterfront (photo above); I’m sure the same was true for the German edition. What is certain, every page of each of these newspapers had seen many eyes. (Grandma and Grandpa married Feb. 28, 1905; he, his brother and his cousin came west first to build a house and such; Grandma came about six weeks later. The crate likely carried her belongings.)
Fast forward to today, August 3, 2016.
Those old newspapers, with readers whose education seldom was past 8th grade, were astonishing pieces of literature.
Today’s small town newspapers, like the LaMoure Chronicle, carry on the tradition of the past. They are a treasure to be savored.
But now we’re in the “Twitter Generation”: news by headline. I don’t need to define that any further. We can pick our own particular bias, and pretend that it is not only the only perspective that matters, but that it is the only perspective. We know that’s not true, but…. Our collective narrowness, made possible by infinite organs of “communication”, serve us ill. I think we know that, but it is easy to deny this reality.
Today far too many of us choose, freely, to be uninformed, EXCEPT to confirm our own biases. Our Elders had less means to receive and share communications, but in many ways they were much better informed and prepared to participate in a civil society than we are.
We are not at our best, these days: watch the political polemics. Hopefully we’ll survive our collective and intentional ignorance particularly of other points of view.
.