POSTNOTE June 28: Yesterday’s Canada Day event at Harriet Island in St. Paul was marvelous in all ways. Merci to the office of the Canadian Consul in Minneapolis. As noted in the following, I was distracted by ongoing events of the “Brexit” vote in England, and its implications. Thus, this post may seem somewhat mixed up, even more so than normal for this lonesome blogger!
*
(June 27) In a couple of hours we attend the annual Canada Day event sponsored by the Canadian Consulate in Minneapolis. My annual invitation comes because for years I have been active in promoting the French-Canadian heritage I share with millions. The Canada Day events are always very enjoyable. I’m half French-Canadian (though born and raised in the United States).
(click to enlarge photos) 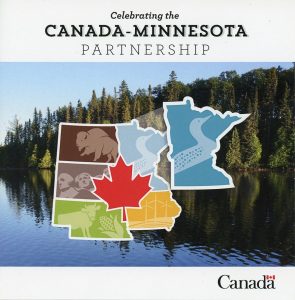 The entire brochure can be viewed here: Canada-Minnesota 2016001
Before the event: Today, I wonder how or whether Consul General Jamshed Merchant will address the Brexit issue in Britain.
Canada is part of the British Commonwealth, though like most other commonwealth nations, independent. (“The sun never sets on the British Empire” was true for many years.)
*
Canada Day is July 1, but like our July 4, it has a more or less portable date of observance: it is a national holiday. In Quebec, there is an abutting Holiday, St. Jean-Baptiste Day, on June 24, its own provincial holiday (“been there, done that”, at least twice).
You can read about the observances and their history here and here. Those celebrating those holidays have no decisions to make other than deciding how they’ll “vote for” (participate in)…go to a parade…whatever.
But even on holidays, there are reminders of competition.
Nothing is easy. What we take for granted can carelessly be taken away….
Even in the descriptors about Canada Day and St. Jean-Baptiste day (above links) one can learn about the lengthy negotiations that made todays celebration in St. Paul possible. Simply note the “Commemoration” section about Canada Day, and “The Fete National” section under St. Jean-Baptiste Day…. There’s lots to work out. Ask anybody who’s ever chaired anything.
*
I do wonder if anything will be said about “Brexit” in remarks today.
It is not quite so easy as to say to the rest of the European Union, “you’re fired”, as Donald Trump liked to say on his television show about less than adequate subordinates. Perhaps more than a few “Leave” voters sloppily thought, in their “Brexit” vote, that their particular fear or grievance about the European Union would just go away, and life just goes merrily along.
* 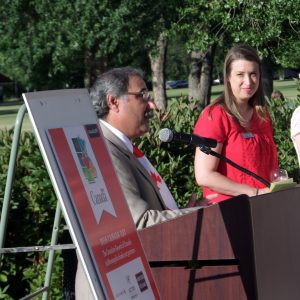 Back home from the event. Not a word about Brexit in my earshot, nor from Mr. Merchant. Lots of other kinds of positive inspiration that are always around at these kinds of events.
This was simply a celebration of partnership between two neighboring countries, friends.
At our table, Lois joined us. She’s with a group called Alaska Wilderness League, there to call attention to an Alaska wilderness issue. She can be found here, 5th row down at the right. Click on her photo and you’ll find contact information to get involved. I’m pleased to pass the word.
This is how citizen advocacy works: person to person, in small groups. I had never heard of Alaska Wilderness League before. In a very small way I’m glad to help Lois and her group. Take time to learn more about her advocacy issue, and pass the word on. 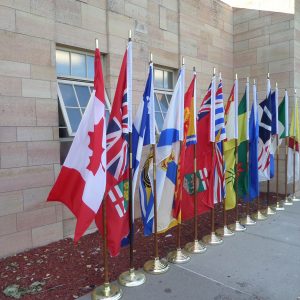 Among the several hundred people enjoying a great day along the Mississippi in St. Paul, I ran into a half dozen people I knew; and perhaps a half dozen rich conversations with people we”d just met, like Lois.
In the world in which most of us live, the idea of community has basically taken root, and expands beyond sticking with only the people who totally agree with us.
The Canadian Consulate is many things, including a standing symbol of diplomacy: one country to another. Part of the community. 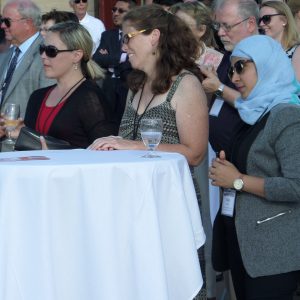 Faces in the crowd this afternoon.

Back home, on television, there was news about Brexit.
Those who won, apparently didn’t expect to win, and apparently had no plans to implement their win.
No one knows what will happen long term.
If I were to bet on this, Brexit will never be implemented. There will be some learnings coming out of this potentially distrastrous (to England) vote.
The thoughtful people know on many levels that working for is much more productive than railing against.
Stay tuned.
Meanwhile, Merci Beaucoup Canada.
I hope we’re as good a neighbor as you.
FURTHER POSTNOTE ON BREXIT: Maybe the theme song for the promoters of Brexit might be the catchy country song of Dierks Bentley: “What Was I Thinking?”, which you can listen to it here.
https://thoughtstowardsabetterworld.org/wp-content/uploads/2022/04/thoughts-300x138-1.jpg 0 0 dickbernard https://thoughtstowardsabetterworld.org/wp-content/uploads/2022/04/thoughts-300x138-1.jpg dickbernard2016-06-28 03:15:312016-06-28 03:15:31#1139 – Dick Bernard: The Canada Consulate Canada Day gathering in St. Paul…Reviewing Partnerships.
0 replies