This morning I sent my friend, Christine, lifelong French citizen, this Just Above Sunset blog in the aftermath of the “Brexit” vote in England. The post is excellent and informative; Christine’s comments come a little later in this post.
To me, the most important data comes near the end of the column:
“But consider the UK data:
HOW AGES VOTED
18-24: 75% Remain
25-49: 56% Remain
50-64: 44% Remain
65+: 39% Remain
The future electorate of the UK wanted to remain in Europe.“
My generation, the youngers parents and grandparents said “we don’t”. Such a division doesn’t augur well.
{June 26, 2016 Minneapolis Star Tribune p. A12: Turnout for the vote “was 71.8%, with more than 30 million people voting..Leave won by 52 percent to 48 percent.“)
(click on photo to enlarge) 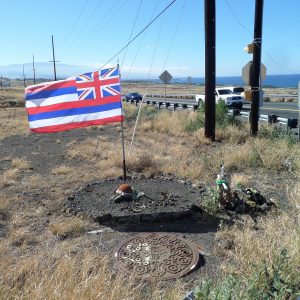 There will be endless analyses of what the Brexit vote really means, on many levels. I really knew little about it until it actually happened.
What astonishes me is that this ballot question was apparently a simple “yes” or “no” and, apparently, only advisory – did the voter want Britain to remain in or get out of the European Union? This required no knowledge by the voter, not even any emotion. Just mark “yes” or “no” or not bother to go to the polls at all to answer the single question “yes” or “no”.
While the results apparently are advisory only, they have huge implications for the UK, for the European Union, for the entire world. And virtually nothing seems to have been thought through, by the majority, nor by the people who demanded the vote.
They just wanted “it”, whatever “it” was. Sound familiar?
Essentially, it was virtually “government by twitter”: an utterly brainless affair. How does any supposedly democratic society survive this passivity?
In my opinion, it doesn’t.
I include the odd flag picture at the beginning because, in so many ways, we are twins of England, from the time of our first settlement. I saw this flag on the island of Hawaii in late December, marking an apparent roadside death of someone. I learned later that it was the state flag of Hawaii, and the use of the Union Jack – the British flag – along with the stripes of the U.S. flag was intentional and most interesting.
Here’s the story of the flag.
In the United States we have just completed the Primary-Caucus system where symbolically winners of the Presidential horse-race have been anointed through a hodgepodge of endorsement systems. We are more and more formalizing the “primary” system, but only for President, as if the President of the United States is the only position which matters, and even less formally than in England, we demand the simplest possible commitment to “vote” for the candidate of our choice.
We know little, and we don’t care. Just make it quick and simple.
The question was made simple in England and now what?
After reading the Just Above Sunset, Christine responded (response shared with her permission):
“I find this analysis very interesting although I don’t buy the Christians, Jerusalem and religious links around it.
I fully agree with the comment that “Driving the “Brexit” vote were many of the same impulses that have animated American politics in this turbulent election year: anger at distant elites, anxiety about a perceived loss of national sovereignty and, perhaps most of all, resentment toward migrants and refugees.
“There’s a fundamental issue that all developed economies have to confront, which is that globalization and technological changes have meant millions of people have seen their jobs marginalized and wages decline,” said David Axelrod. ”
I am not expert enough about Trump and American context but it seems to me similar to what I can hear and read here in France.
I don’t believe France or other European countries, although they have populist political leaders too, would follow the UK. Actually we are all frightened, and this earthquake induces a fast reaction amongst the European leaders to reform and strengthen the European organisation as soon as possible.
The very good effect of all this is that EVERYBODY talks about Europe which was not the case earlier.
Europe, for those who thought that they did not benefit from it, now realize how important it is. Even if there is much to say about it, Europe is a great tool to improve and harmonize little silly things like safety regulations. Traveling, or employing all sorts of people (which brings the subject of immigration….), easy for most specialists like medical doctors whose diplomas are recognized, to work wherever they want, schools accepting equivalencies, but also to drive commercial markets in the world, with America, India, China, Russia…and so much more like no boundaries (again immigration is a topic), same money (UK never wanted to leave the Pound)….”
Reader” what is your opinion? At least share it with yourself!
We need to become very engaged as citizens. We must responsibly control our own fate.
https://thoughtstowardsabetterworld.org/wp-content/uploads/2022/04/thoughts-300x138-1.jpg 0 0 dickbernard https://thoughtstowardsabetterworld.org/wp-content/uploads/2022/04/thoughts-300x138-1.jpg dickbernard2016-06-25 21:00:242016-06-25 21:00:24#1138 – Dick Bernard: "Brexit". Another first rough draft of history.
0 replies