(click to enlarge photos. This post includes two parts, with information from Lou Ann Matossian and Peter Balakian Updated May 9, 2016_ 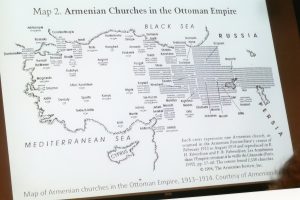 Illustration of Armenian Churches prior to the Armenian Genocide of 1915 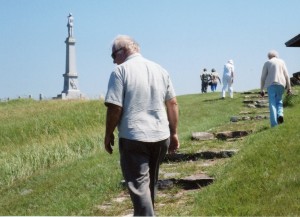 The internet brought an announcement of “A presentation and discussion led by Lou Ann Matossian on “Armenian Genocide Education and the Community.” I went to the presentation at the University of Minnesota last Wednesday evening, and learned a great deal about the delayed but active Minnesota response to the horrible Armenian Genocide perpetrated by the Ottoman Turks during a year beginning in Spring 1915.
Here are some maps relating to the Armenian Genocide from the Genocide Museum in Armenia.
(click to enlarge) 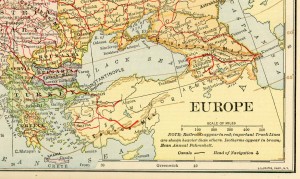 Armenia, as represented in a 1912 public school geography text found at a North Dakota farm in 2015. 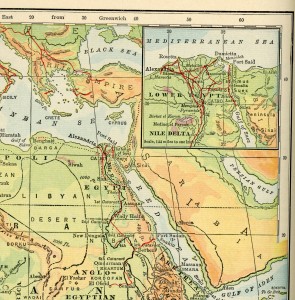 * – The “elephant in the room” in much of global history is the unholy alliance of organized religion and temporal power. There is plenty of blame to go around. A winner in one round becomes the loser in another, and on we go.
** – A well researched article about the battle from the North Dakota Historical Society is “The Battle of Whitestone Hill“, by Clair Jacobson, North Dakota History Journal of the Northern Plains, Vol 44, No. 3 Summer, 1977.
COMMENTS:
from Larry: Thanks, Dick – excellent, informative article. I particularly saved this line: The “elephant in the room” in much of global history is the unholy alliance of organized religion and temporal power. That is SO true!
from David: Nice piece. There are so many important events in history that we have, at best, a dim memory of hearing about them.
from Flo: I remember praying rosaries for the starving Armenians, and being reminded of their plight when we fussed over the food served us at home [1950s]. I don’t remember any conversations about just who the Armenians were or why they needed our prayers. Do you?
from Bill: Great article, Dick. There was a secretary at 3M that was the daughter of a survivor of the Armenian genocide. The world has never been able to get the Turks to acknowledge their role in this genocide.The USA has stopped doing so since we depend on our military bases in Turkey. I did read once that the Turks hated the Armenians for siding with Russia when Russia was attacking Turkey some years before World War I.
FOR THOSE INTERESTED.
I enjoy international topics, and often write my own impressions on international happenings.
Jan. 1, 2015, I posted a blog about the 70th anniversary of the United Nations here.. Much to my surprise, by the end of 2015 I had posted 55 commentaries about international issues. They are all linked at the post.
International related posts at this space since Jan. 1, 2016:
1. Jan. 22, 2016: Global Climate Issue
2. Feb. 14, 2016: Lynn Elling, Warrior for Peace
3. Feb. 29, 2016: The 3rd (12th) anniversary of the Haiti coup, Feb. 29, 2004.
4. Mar. 4, 2016: Green Card Voices
5. Mar. 6, 2016: Welcoming Refugees
6. Mar. 12, 2016: Canada PM Justin Trudeau visits the White House
7. Mar. 20, 2016. The 13th anniversary of the Iraq War.
8. Mar. 22, 2016 The Two Wolves…President Obama Visits Cuba
9. Mar. 23, 2016 The Two Wolves, Deux. Brussels
https://thoughtstowardsabetterworld.org/wp-content/uploads/2022/04/thoughts-300x138-1.jpg 0 0 dickbernard https://thoughtstowardsabetterworld.org/wp-content/uploads/2022/04/thoughts-300x138-1.jpg dickbernard2016-04-03 08:30:412016-04-03 08:30:41#1119 – Dick Bernard: The Armenian Genocide, 1915-23
0 replies