Cathy and I were among 4,000 people who heard Hillary Clinton and Bernie Sanders each give long speeches in person at the Annual Minnesota DFL (Democrat Farmer Labor) Party Humphrey-Mondale dinner Friday night, February 12.
Here are their bios, as printed in the program booklet: Hillary & Bernie 2-12-16001
Both candidates were respectfully and enthusiastically received. (The snapshots below were taken by myself, and are “screen shots”, such as they are. We were halfway back in the very large hall, and screens were the only way to see the speakers.
(click to enlarge) 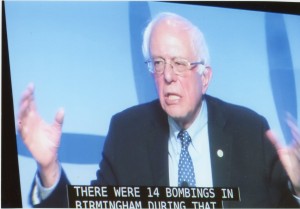 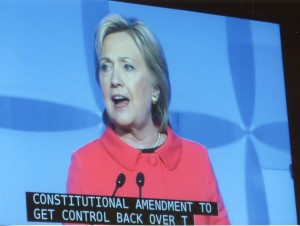