This is the first year I can recall not purchasing or sending or giving a single Thanksgiving card.
I was thinking about that this morning, then it occurred to me that I was making my judgment about reality based on television news, which has truly become the “daily dismal”, particularly in recent days (not everyone is being attacked or killed or enemies). I need say no more than to ask you to compare the “news” being reported on the media every day against the reality in your own neighborhood and community: the saying: “…difference between night and day” comes to mind.
There is no comparison. The “news” on the news is an aberration.
If I were to make a list of good things that have happened this past year it would be very long. I just wasn’t noticing them.
Most recently, on Monday, grandson Ted, a sophomore, arranged two pieces for his school jazz band. It’s more than simply Grandpa pride that I can already say he’s a gifted musician. Ted is on the vibes, at right.
(click all photos to enlarge) 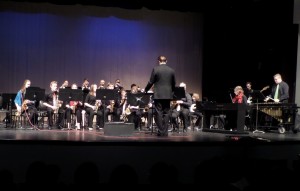 I could repeat Ted’s story, in different ways, for the rest of our nine grandkids, at assorted places enroute to or in adulthood. I could fill an entire column with each of their stories, all as unique as each of them.
When the oldest, now 29, was born in August, 1986, I began to introduce myself at assorted meetings as a Grandpa, with my hope to leave a better world behind for her and her contemporaries everywhere in the world. I try to live this dedication. Oftimes I can be discouraged, but this younger generation is more aware than we might think they are, and just waiting for the old folks to step aside.
I think we’ve left them a mess; but they’ll do their best.
Mostly the rest of this post will be 1984 photos of North Dakota sent to me Nov. 22 by good friend, David Thofern, along with this note:
“I thought you might be interested in a few photos from the 1984 Wisconsin to Seattle bike trip that my wife and I did. I’ve always told people that North Dakota was my favorite state to bike through. I never get tired of the prairies and extremely friendly people. We entered North Dakota at Fargo and rode north up Hwy. 38 to Devils Lake where we joined US 2. At that time, US 2 was pretty quiet since most traffic was on I-94. That was before the recent oil boom.
The guy standing in the door of Johnson’s Store was Art Johnson. It was his last day of operating the general store that his dad had operated for many years. Ironically, the store was in Hope, ND. The photo of the rope was the fire escape in our room in Page, ND. We were relieved that no fire broke out during our stay.” 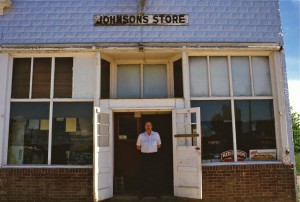 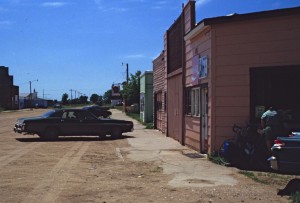 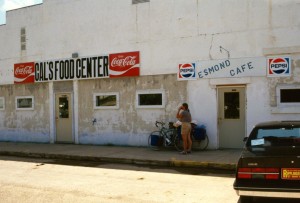 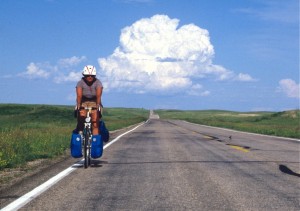 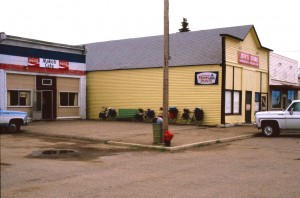 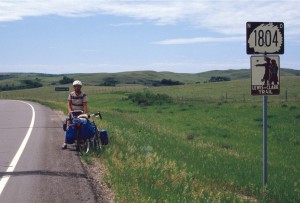 ND 1984 Lewis and Clark Highway about 16 miles from Williston ND. 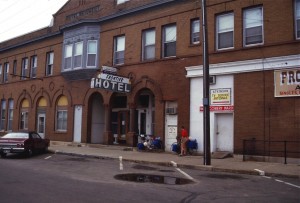 Those of us of a certain age remember “1984”, George Orwells year….
Will there be tragedies to come? Of course. Most everywhere.
There is reason for optimism for the future – as it will be determined and lived by our kids and grandkids. My guess is that my generation, particularly, will not get high marks from them a few years down the road. We have messes we’ve left behind.
But I am optimistic for the future.
Happy Thanksgiving.
POSTNOTE: I initiated this blog in March, 2009, as “Thoughts Towards a Better World”. It was a hopeful note, then. It is a challenge to try to follow up on this model, but this Thanksgiving is as good a time as any to reaffirm it.
https://thoughtstowardsabetterworld.org/wp-content/uploads/2022/04/thoughts-300x138-1.jpg 0 0 dickbernard https://thoughtstowardsabetterworld.org/wp-content/uploads/2022/04/thoughts-300x138-1.jpg dickbernard2015-11-26 10:28:182015-11-26 10:28:18#1085 – Dick Bernard: Giving Thanks
0 replies