“God bless America,
Land that I love.
Stand beside her, and guide her,
Thru the night, with a light from above….”
Thus Irving Berlin wrote, in 1918, the song that has become an anthem of the United States.
“…From the mountains, to the prairies,
To the oceans white with foam,
God bless America,
My home sweet home.
God bless America,
My home sweet home.”
Today is the 4th of July, the day of celebrating culminated by “bombs bursting in air”, as we will be reminded this evening by formal fireworks displays, and have already been reminded by early informal fireworks displays in neighborhoods.
“The Fourth” has a very long tradition. Here’s a photo of a baseball game from the 4th of July, 1924, at the Grand Rapids ND Veterans Memorial Park; one of the hundreds of photos found at the North Dakota farm I’ve so often written about in this space.
(click to enlarge)

I wasn’t around in 1924, but I’ve been to several July 4ths since 1940 at that very Grand Rapids park, and my memories are of similar rituals each time we went: the baseball game, fishing in the James River, adult games like horseshoes for the old guys (probably about in their 50s – time changes perceptions!), picnic lunches, lots of visiting…. A simple and nostalgic time, for sure. Elements of the old tradition remain, of course. But celebrating July 4 has changed in a great many ways as we’ve become a mobile and very prosperous society.
For me, the title of this blog comes from a particular use of the phrase “God Bless America” which I saw last Monday afternoon as I checked into a motel in Bismarck ND. 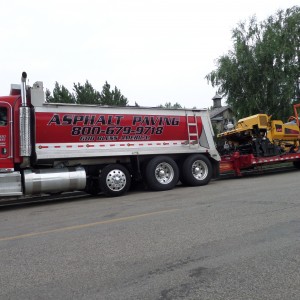 When I saw this truck last Monday, emblazoned also with “Support our Troops” on the back panel, I didn’t pick up gentle vibes.
There was less a “stand beside her and guide her” request, as there was a martial aspect to all of this, a demand: as it were, “God, bless us, as we command a subordinate world”. This ever more a dicey proposition; a fantasy. We still like to think we’re superior, among less than equals….
My perception on Monday was helped along by a large picture I’d seen two days earlier, of an American military man, one of those surreal “Transformer characters”, a less than human appearing being, a collection of technology and weaponry we see every time our contemporary GI’s are shown in a combat setting somewhere. Not really human appearing, as faced by a known enemy human in World War I or World War II, though similarly vulnerable.
Intimidating, but not.
We look tougher than we are.
But we like the omnipotence message conveyed by that truck in Bismarck earlier this week. The day before, a gigantic black Hummer vehicle passed me by, doubtless driven by some prosperous local citizen, perhaps even a lady. I remember when the Hummers became popular for those who could afford them, during the Iraq war. They’re seen less often now than they were then, there never were very many. But to me they always conveyed an in-your-face-message of omnipotence: “Look at me. Don’t mess with me….” A martial, war, message.
1924 was part of a rare interval between wars for the United States. We even tried to outlaw war with the Kellogg-Briand Pact of 1928. The time since WWII began for us in 1941 has seen only a single year without some war or another (see America at War001.
Our 4th will be a quiet one today, after a tiring week on the road. Tonights fireworks may wake me up, though usually they don’t.
But I’ll mostly think of that 4th of July I attended once in awhile at the Grand Rapids Memorial Park: catching a bullhead or two, probably some ice cream, some kid games….
A time of enjoyment and rest.
Have a great day.
God bless us all, everywhere. 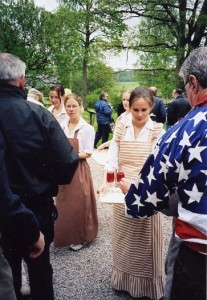