This afternoon, 4 p.m., at Orchestra Hall, Minneapolis, open to the public, is a concert by the children’s choirs of Angelica Cantanti. Details at link. Free Will offering will be asked.

This is an outstanding group with a long history. Two nights ago, WCCO-TV featured the choirs on local nightly news. You can watch the segment here. Son-in-law Bill is the person interviewed on this segment.

Disclosure: three grandkids, Ted, Kelly and Lucy, will be on stage today. We’re really proud of them.

Just past midnight came sad news from a friend in Bellingham WA. Beth announced the death of her husband of 53 years, Jerry. It seems fitting to share what she had to say, in twin with the young people’s concert I proudly publicize above.

I think I met Jerry only one time, at their home in south Minneapolis, before they moved to Washington state. At the very least, he, like Angelica Cantanti, can help give meaning to this season. 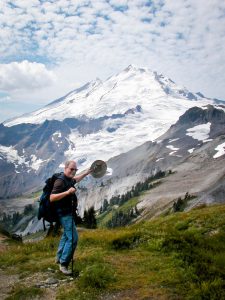 Here’s Beth’s e-mail to her list about her husband:

Jerry, my sweetheart of 55 years, and married 53 years, “walked into the forest” (as my native friends would say) on Thursday, Dec 7, after a sudden and brief illness.

FOR what is it to die but to stand naked in the wind and to melt into the sun?
And what is it to cease breathing but to free the breath from its restless tides, that it may rise and expand and seek spirit unencumbered?
ONLY when you drink from the river of silence shall you indeed sing.
And when you have reached the mountain top, then you shall begin to climb.
Kahlil Gibran

This is from Kahil Gibran’s The Prophet, on death, and is fitting to Jerry’s situation. Pneumonia took his life and his breath. A stroke seven years ago took his singing voice and his balance. His death released him into a transition to a new relationship with his family and many friends. We picture him stepping into the forest, with a twinkle in his eyes, and bold steps into the world of nature that he loved most of all.

The picture of Jerry in front of Ptarmigan Ridge (Mt Baker) was taken 10 years ago. His full obituary is also on the Moles Farewell Tributes: here (Jerry Brownfield) where comments may be made.

NOTE: If you sent previous messages to us by email or post could you post those on the Moles Farewell Tribute site? We cannot do that on your behalf. We have received over 20 pages of collected emails. They were priceless and we would love having them collected here and shared with friends who experienced different facets of Jerry. Jerry would not have believed the influence and impact he had on so many people.

Jerry’s memorial service will be held at the Bellingham Unitarian Fellowship, Bellingham, WA Saturday, January 27, starting at 3:30 pm, followed by a reception from five to six where we can share stories and memories.

I am grieving, remembering, and forever grateful to have had Jerry in my life for all these years. Right now I am “Chopping Wood & Carrying Water” picking up things that Jerry used to do, carrying on with the things that Jerry supported me on for our entire life together.

Jerry would want you to know that he appreciates each of you for supporting him, or supporting me. Both he and I, from different planes, are grateful you have been part of our lives. Jerry’s hiking friends will scatter 1/2 of his ashes at Ptarmigan Ridge this summer. Jenny, Amie and I will decide the placement of the remainder.