POSTNOTE June 18: A letter to the editor which I will submit to the local newspaper next week (I missed this weeks deadline).
“The entire Second Amendment to the U.S. Constitution: “A well regulated Militia, being necessary to the security of a free State, the right of the people to keep and bear Arms, shall not be infringed.” (1791).
All the rest is argument about what those words mean, most recently the U.S. Supreme Court (2008).
For me, the question is very simple: what defines a civil society? What makes us civilized? For example: we have lived for years in a quad home in Woodbury. We share walls with three neighbors. There are 24 such homes (96 units) in our Association, governed by the rules set in Law.
We have been blessed to have good neighbors, and our town is good, too. But as we all know, with over 60,000 residents in a town, there is no assurance that all will be well. Expand that to over 5 million Minnesotans; over 300 million Americans; over 7 billion in our world, and a near absolute individual “right..to keep and bear arms” doesn’t translate to a “civil society” in which we all can live. Orlando is the latest example.
As I write, our own next-door neighbor for many years has her quad up for sale. She has retired, and is moving. We share a wall with her.
Her objective is to sell her home to someone who, we hope, will be a good neighbor. She would want the same, I’m sure, but mostly she wants to find a buyer.
With respect to the current debate, do we want a new neighbor who turns out to be armed and dangerous?
This is essentially what faces every one of us.
Currently, the complex rules relating to weaponry are set by lawmakers constantly threatened by organized political assassination solely for their actions on the gun issue: “Vote correctly or you’re dead.”
“Assassination? Harsh. True.
Orlando, Sandy Hook, all the rest can happen here. None of us are “free” of the threat.
We citizens are the only ones who can help restore sanity in the conversation about the sacred Second Amendment. We cannot allow ourselves to be paralyzed into inaction; to enable the next Orlando, which is a certainty,somewhere within our own borders.
We citizens are the difference.”
POSTNOTE from Jermitt, June 13: Thanks for sharing. The article on Riding Death to the White House was powerful.
*
One week ago today, I attended the first day of the annual Nobel Peace Prize Forum at the Mall of America in Bloomington MN. It’s theme: Globalizing Compassion…Let us march!” I did a post about that first day last Tuesday, and attended the entirety of the rest of the powerful conference Tuesday and Wednesday. It was inspiring and exhausting, and coupled with a very busy rest of the week, I have not yet completed my thoughts on the recap of that conference.
Then came yesterday morning, waking up to the news about the massacre in Orlando, then headlined as possibly 20 dead; now 50 dead and over 50 wounded, the worst such carnage in American history; as best as can be determined, another one of these “lone wolf” carnages often facilitated by easy and legal access to deadly weapons which, as in Orlando, make wholesale mass murder of innocent people simple.
I yield my space to today’s “Just Above Sunset”, “Riding Death to the White House“. It is worth the time it will take to read, including the links.
Then, get into action, and stay in action.
“Politics” is every single one of us, and we all can do our bit. We all own a piece of this tragedy.
We can’t pretend it is not our problem to help solve.
Meanwhile, my recap of “Globalizing Compassion” will follow sometime this week. 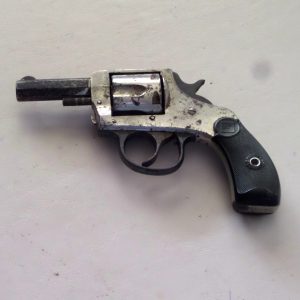 Thoughts Three Days Later: June 15, 2016, 2 a.m.
Orlando is a tragedy on so many tracks, every one of them demanding our attention.
There is a single common thread that seems most important to me, the one that rises to the top, as we continue to try to make sense of insanity. That single thread is our unwillingness to even attempt to check the ever more dangerous guns that are making our own society less safe. Our society is truly making progress on most of the issues identified in Orlando, such as race and sexual orientation.
We are paralyzed on the gun issue. It is a dangerous paralysis.
1. Including the shooter*, it is now known that 50 people died at the Pulse in Orlando. Over 50 were injured, most severely. This is what a single deranged shooter, a lifelong U.S. citizen, with a combat grade weapon publicly sold in the United States can do. The primary weapon, apparently, was a SigSauer MCX. And we sell this type of horrific weapon to most anyone who walks in off the street?
This leads me to think of the 1905 “six shooter” pictured above. It came west with my grandfather in 1905. I doubt it was ever used, other than to be tried out. It was probably solely a self-defense weapon, as he came west with the basic ingredients for his new farm in North Dakota.
The very day of the massacre, the musical Hamilton, celebrating early politician Alexander Hamilton, got many Tony Awards. Alexander Hamilton was killed in a duel with Aaron Burr in 1804 – a political dust-up. It is noted that Hamilton, probably deliberately, never fired his single shot, in effect, giving up his advantage. Aaron Burr “won”, but what?
Now a single shooter, legally, can buy and use a weapon designed for warfare, with warfare like results. That same individual can, in many places, conceal and carry, or flaunt the weapon in public.
2. Mitigating against this right, the track record for assassins, such as the murderer in Orlando, is not good: they ordinarily end up as dead as their victims, and those who survive do not have a promising future either.
Still, we as a society demand the right to possess and use deadly weapons for all sorts of reasons.
3. The main justification, the Second Amendment, apparently gives little cover who claim unrestricted rights. The “right to bear arms” is not unrestricted and never has been.
But politicians are cowards, with good reason: they have the “gun” of being assassinated (un-elected) pointed constantly at their head by the NRA and its ilk. It is difficult to blame politicians for encouraging a firing squad to do them in.
4. It is quite clear, now, that Orlando and other presumed “terrorist” plots are not an organized deal by ISIL or some other big scary acronym. It is also clear that the now-dead shooter would probably still be alive, along with his victims, had he not possessed the legal “right” to buy lethal weaponry in the state of Florida. Armed with something like Grandpa’s brand new pistol, he could not have pulled off the massacre in Orlando.
5. The solution rests with each of us, as citizens. We cannot be silent. We won’t get shot for standing up for, insisting on, action.
But we have to give politicians, the ones who will have to make the decisions in our democracy, cover for doing the right thing politically. In our system, it is the politicians that are going to have to take the action. It is not enough to blame politicians of any party.
We have the power.
We need to learn how to exercise it responsibly.
* – In Orlando and other places, the killer is as dead as the people he kills. But for some reason, his death isn’t treated the same as the others he killed. I first noticed then in 1999, in the wake of Columbine, when someone put up crosses above Columbine High School, which included crosses to the two teenagers who did that carnage. A day or two later, relatives of one of the slain removed the crosses to the killers….
https://thoughtstowardsabetterworld.org/wp-content/uploads/2022/04/thoughts-300x138-1.jpg 0 0 dickbernard https://thoughtstowardsabetterworld.org/wp-content/uploads/2022/04/thoughts-300x138-1.jpg dickbernard2016-06-13 05:09:052016-06-13 05:09:05The Massacre in Orlando
0 replies