There are several comments to the Cuba post, including a photo montage I’ve linked at the beginning of the Cuba section. See the additions here.
(click to enlarge) 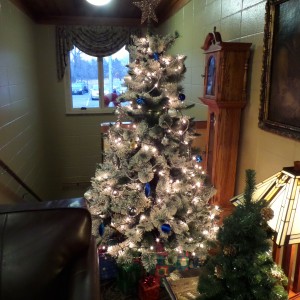 Thursday evening we were invited to a small dinner party at the home of our neighbor, Don. He lives across the street so the commute was short. He had invited two other friends, Arthur and Rose, who we had not met before. Of the five, we were the junior members. The oldest was 84; the youngest 70.
We’re all well into the age when reminiscing is a common thread. Don, retired from a long career from a railroad office job with the then-Great Northern, had once, in his younger years, been a guest at a dinner party hosted by Elizabeth Taylor at her home in Hollywood. He was native of what has long been called the “frogtown” neighborhood of St. Paul.
Arthur came from a farm family of five in central Minnesota. He grew up in a log cabin, literally, he said. He named a tiny town I’ve been through, and said their farm was 12 miles east. I thought – I may have said – that is really in the boonies!.
His German immigrant grandfather was a carpenter and would load his horse drawn wagon with tools, and leave for sometimes as much as two and a half months, working on building this or that somewhere in the general area. “Commuting” with horses is not easy!
All the home windows, he said, were truly home-made, none of the fancy stuff we now demand.
Rose, also from a farm family, grew up near a little town that is now a Minneapolis suburb, and worked in a factory there.
As for us, I’m a tiny town ND kid, child of school teachers; Cathy is a St. Paul east-sider whose family basically could be called a “3M family”, from the days when that corporation often became a persons career.
As one might expect, our conversation was interesting and animated and covered lots of ground. Arthur became a meatpacker across the river in South St. Paul, and when the plant closed in the late 1970s, had a fairly long career driving a Metro Transit bus, often in neighborhoods that he deemed not safe.
Our social get-together ended, and we all went home. “Merry Christmas” to all.
I checked e-mails and there were three of special note:
Good friends Ehtasham and Suhail, both writing from Pakistan, wrote about the tragic bombing that killed over 100 school children in Peshawar this week. “Killing school children for political agendas has no parallel in history. The whole nation is mourning”, one said. The other: “Though I am safe along with my family, yet the kids who have lost their lives are all mine; they are my family as well. The level of frustration is so high that the things are looking gloomy and rays of hope are looking faint. I am currently working with Plan International, which focuses on child rights and child protection, and we have initiated an internal debate on how can we ensure protection to the lives of kids in Pakistan.”
Another e-mail came from a great friend, Said, a Syrian PhD in England, fluent in French, who I’ve been fortunate to know for years. “It is much better to make friends than enemies & especially in this world of ours with vulnerable internet/communications & weapons that are readily available and devastating! I have been investigating WWI a lot since it is a sad anniversary of sorts – except for the Christmas truce [of 1914] which moves me every time I read about it – I also watched a very good French film about it. I suppose instead of the war to end all wars that was the peace to end all peace (1918-19). Well I wish you & yours a Merry Christmas & a peaceful 2015.”
Eight different people, eight different life scripts, stories, differing cultures, backgrounds, religions…but with so many common threads to share. We are one human family; the overwhelming vast majority of us good people*, each who can make a positive difference each and every day.
A hymn I like so profoundly says: “Let there be Peace on Earth, and let it begin with me.”
All Blessings at Christmas and 2015.
POSTNOTE
* – In mid-November, I attended a workshop by Paul K. Chappell, in which he cited research that found 98% of soldiers were averse to killing other people, even in battle. This left, of course, 2% who had no such scruples, called psychopaths. The research expanded to include civilians – our own U.S. population. The same results: 98% and 2%.
In other words, anywhere there are humans, of whatever race, or creed, or nationality, or country, 98% comprise the prevailing side of humanity.
There are a lot of people in the 2% of course, and they are everywhere, but the 98% overwhelmingly have it in their power to minimize the influence of the 2%.
I asked Mr. Chappell for a citation on the source of his data: “Roy L. Swank and Walter E. Marchand, “Combat Neuroses: Development of Combat Exhaustion,.” American Medical Association: Archives of Neurology and Psychiatry, 1946, 244”.
https://thoughtstowardsabetterworld.org/wp-content/uploads/2022/04/thoughts-300x138-1.jpg 0 0 dickbernard https://thoughtstowardsabetterworld.org/wp-content/uploads/2022/04/thoughts-300x138-1.jpg dickbernard2014-12-20 11:10:292014-12-20 11:10:29#972 – Dick Bernard: The Dinner Party
0 replies