UPDATE: Overnight, August 22, “Policing the Masses”, some thoughts on the down side of crowd control.
Grace Kelly’s proposal, presented in the August 7 post (written back in May, before Ferguson; it is at the end of the post), is the basis for conversation and action anywhere. If you haven’t read it yet, consider doing so now. It is simply an idea, to be developed in different ways in different places. 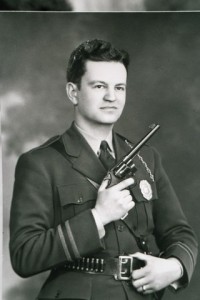 A good friend of mine, Greg, is an attorney and retired prosecutor in this major metropolitan area. He’s sent three comments during the times of the incident in Ferguson, and I present them below as received. His is a perspective flowing from experience. Below his comments are a couple of my own flowing from the three previous posts on the topic of police and violence, which can be accessed here, here and here.
Greg H, Aug 15, 2014: A year ago or so [ago] I caught the testimony of a local police chief before a Congressional committee. In part, he chronicled the increase in fire power of the weapons issued to his patrol officers, in a small community.
The latest upgrade was to a weapon similar to that used in the Sandy Hook school shootings.
The police chief explained to the Congressional committee members that the reason for his community spending money to equip patrol officers with more lethal weapons was simply to prevent his officers from being out gunned by the bad people.
Just today we learned the suspect in the murder of the local police officer [Mendota Heights MN, August 7 post] during a traffic stop had told a woman friend days earlier that he planned to kill a cop. He also told her he had been smoking meth for several days.
As to Ferguson, I prefer to wait for the facts of the confrontation between Mr. Brown and the officer before reaching any conclusions.
Greg, Aug 18: A letter to the editor published in the August 16th Star Tribune…pointed out that the population of Ferguson is about 67 percent African American, yet four of the six elected city council members and the mayor are Caucasian. I do not mean to imply that electing more African American individuals to city government will solve all problems. However, as we well know elections do have consequences.
Also, whether that police officer did or did not know Mr. Brown was a suspect in a recently-committed robbery, Mr. Brown knew what he had done and of course he did not know whether the police officer was also aware of what he had done.
This does not appear to me to be an easy-to-understand situation. I am still wanting to know more about what happened.
Greg, Aug 20: A Mike Meyers op ed piece was published in the Minneapolis Star Tribune today, introducing us to that city as it was in the 1950s- and 1960s as he grew up there. [Meyers is a former reporter for Minneapolis Star Tribune]. Pretty much confirmed my opinion. Reminds me of Studs Terkel. I do not mean Meyers’ column justifies 2014 life in Ferguson, but it does, I think, help us understand how we got to 2014.
Chris Matthews in his sign off opinion comment on Hardball last night [MSNBC] was to the same point. He suggested the root cause of the problems between the races in Ferguson is more about economic disparity than racism. As is playing out across our country, there just are no longer well-paying jobs for people who have only a high school diploma. Actually that is true also for many people with only a bachelor college degree.
Students from Ferguson attend Normandy High School located in a nearby community. Students come from 24 communities to attend that school, whose enrollment is 98 percent Black. Michael Brown was a member of the Class of 2014. Here is a link to a story from NBC News. Grim picture.
How many graduates are ready to face the challenges of the 21st Century? How many Normandy graduates attend college or any other post secondary education schools? In 2012 the school lost its accreditation. The state has taken over operation of the school. All teachers were required to reapply for their jobs, 40 percent of whom were not hired back.
Indicting, convicting the involved police officer will do nothing to address these root causes.
Parting Thoughts as I leave this topic:
My instincts tend strongly to supporting police. While I’ve never owned a weapon, guns for hunting have been a regular part of my surroundings since I was a little kid.
I am long past the illusion that because I grew up in rural North Dakota, before African-Americans were part of my surroundings, that I am race-neutral. We all grew up with messages…. Native-Americans (“Indians”) seem to have been our race of choice.
As demonstrated by events in recent weeks, guns, especially ever more sophisticated weaponry, and the uncertainties of human behavior are not a good combination; and racial tensions are never far below the surface. Guns are not good mediators, and those who “win” at the point of a gun, are the ultimate losers, almost always. The guy who shot the policeman here a few weeks ago may as well be dead; the policeman who shot the man in Ferguson will never recover either, even if totally vindicated.
I agree with Greg that the entire picture is not yet clear in Ferguson. At the same time, what happened there has rippled out, everywhere, not soon to be forgotten. And proximity to a deadly weapon was not good for the officer, whether he ultimately is exonerated or not.
These issues: weapons, race, and police-community relationships generally, are important topics. Ongoing.
NOTE about photo: Don Thimmesch was the husband of my mothers first cousin, and next-ND-farm-over neighbor, Cecilia Berning. He was one of the first 50 uniformed Iowa State Highway Patrol officers in the mid-1930s.
https://thoughtstowardsabetterworld.org/wp-content/uploads/2022/04/thoughts-300x138-1.jpg 0 0 dickbernard https://thoughtstowardsabetterworld.org/wp-content/uploads/2022/04/thoughts-300x138-1.jpg dickbernard2014-08-21 21:15:142014-08-21 21:15:14#928 – Dick Bernard: Greg H on Ferguson MO
0 replies