Today’s Minneapolis Star Tribune carries an opinion column which I found to be refreshing, and I offer it here without additional comment>

The below photos (click to enlarge) are snapshots I took in late June, 1972, on my first and only visit to New York City. Only one of the Towers had opened at that time.

The article here (Afghanistan Oct 7 2001001 is the single newspaper article I have kept all these years. I was in the 6% minority…. 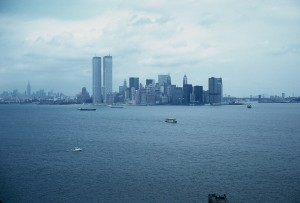 Twin Towers from Statue of Liberty, late June, 1972. (one tower was newly opened, the other nearly completed) 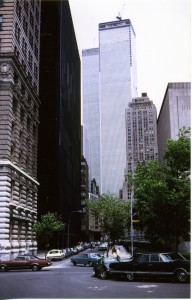 Twin Towers nearing completion late June, 1972 (see construction equipment on top of one of the towers)