This is being written and will be posted on November 5, 2013, before any voting counts in my School Districts election of five school board members, and decision on three referendum questions before the voters.
I’m writing early to avoid pre-judging reason(s) for outcomes. That can come later.
Personally, I’ll be most interested in the voter turnout. We are a generally very prosperous school district, but in the two preceding school elections, in 2009 and 2011, the turnouts have been dismal:
2009 – 6%
2011 – 8%
2013 – ? 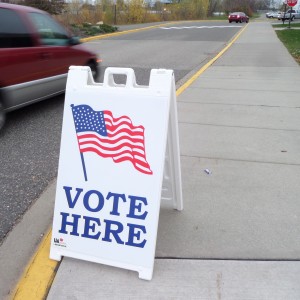 There are many good reasons to expect a much higher turnout this round; but there were plenty of good reasons the last two rounds as well. In a district where about 18% of the population (17,300 or 94,000) is enrolled in public school, we should do much, much better. And this in a state where the voter turnout in the last few elections was as follows:
2006 – 61%
2008 – 78%
2010 – 56%
2012 – 76%
I’m betting our district was at least as high as the state average voter turnout, if not higher.
I suppose there are rewards for not voting but I’m not sure what they might be.
I know there are consequences, whether one wins because of a low turnout, or loses. We, the people, are always the losers in the long run.
School districts are people organizations.
Not voting at all is always a very powerful vote, never in the non-voters best interest.
When you read this, the election will be over, and quite certainly the results will be easy at a link on the school district website.
When you’re looking at the results ask yourself what you know about each of the Board members just elected, as well as the other incumbents remaining on the Board.
These are the people who will be in charge of making the policy affecting our children for at least the next two years. The Board members who approved the three referendum questions took an action for your children. For some, taking this action might have been considered a political risk.
My business was public education, both as teacher and teacher representative, so my acquaintance with school boards, school board individual members, and school districts goes back many years and hundreds of meetings in diverse (and usually physically uncomfortable) settings with an interesting assortment of Board members.
In my office is an old curriculum booklet with which I was involved, which was used beginning in 1971-72. In that first year, the Board of Education members (Anoka-Hennepin #11) are listed. At the time, Anoka-Hennepin was already larger in enrollment than my present day South Washington County ISD 833.
These were the Board members that year of 1971-72: Carl Swenson, Nils Sandell, David Spencer, Alton Drury, Robert Gordon and John Weaver (yes, no females. A typical profile then…) (In todays election, 9 of the 17 candidates are women – though two of the men and one of the women showed no evidence of actually campaigning for their position.)
I still remember all of these: there was, let’s see, an insurance executive, a physician, a corporate manager; a farmer; a Minneapolis teacher; and a businessman. In a former year, one member was a rural letter carrier. One Board member later became a state legislator.
In those years there was no partisan politics allowed. I’d say five of the six were typecast as pretty conservative (including the teacher member), but all of them took their responsibility of representing all the children of the school district very seriously. They were a good Board, as were almost all of those that I saw in action over the years.
Likely the upcoming Board in my district will be a decent one too, but there needs to be much more active involvement by local citizens in both selecting and monitoring the actions of school board members.
Our children (and grandchildren) deserve our attention. 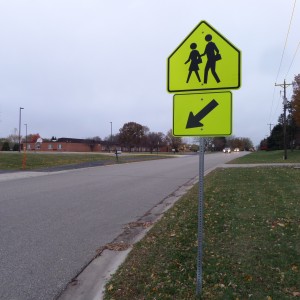