Today is my oldest grandchild’s 23rd birthday.  This birthday causes me to think back…and ahead.
August 22, 1986, when Lindsay was born, means of communication differed from today.  There was no public access internet; public e-mail was several years in the future; cellular phones were just beginning to be talked about.  When I called to congratulate Lindsay’s Mom and Dad on August 22, 1986, I used a pay telephone in downtown St. Paul MN.  Pay phones?????  They are few and far between in this day of cell phones. 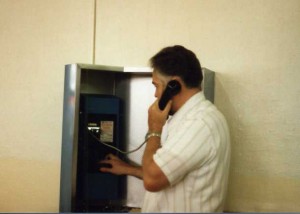 The number “23” doesn’t stop at 1986.
23 years earlier, in August of 1963, I was newly married, a soldier in the U.S. Army playing war with the 5th Infantry Division (Mechanized).  We were on maneuvers in the state of South Carolina.  I would guess that few of us in that Division realized that we were helping prepare for the Vietnam War, which was then still cool (in more ways than one), but which would soon erupt into a twelve year conflagration in southeast Asia.  We lost that war; today efforts are being made to ‘rehabilitate’ that history, and make it seem as if we won.
While we were slogging through rural South Carolina, learning first-hand about what segregation really was, elsewhere preparations were being concluded for a massive civil rights demonstration on August 28, 1963.  It was on that date that a young Dr. Martin Luther King gave his famous “I have a dream” speech before a massive audience on the National Mall in Washington D.C. It was truly a watershed moment.  You can revisit that major event at http://tinyurl.com/5f46w9.
1963 was an important year for the American Civil Rights Movement .  It was the year of Martin Luther King writing his famous “Letter from the Birmingham Jail”, and many other events.  He wrote about 1963 in his 1964 book, “Why We Can’t Wait”.  I wonder what Dr. King would be thinking and saying today.
Go 23 years further back, to 1940, and I made my appearance in the world, in the time right after the Great Depression, and right before the U.S. entered World War II.  People of my generation are called the “Silent Generation” – we were too young to impact on WWII, too young to have lived through the Great Depression.  But we were deeply impacted by those events through our parents, relatives and surroundings.  Those really hard times became part of our very beings.
I wonder, this day, what things will look like for Lindsay and her generation, and their children, 23 years from now.
The odds are almost certain that I won’t be around to see 2032.  Without the very active engagement of Lindsay’s generation, the times ahead promise to be unsettling and uncertain.  I’d like to feel hopeful.  But we’ve made a big mess of things, generally, especially the future, and those following us have got to turn things around for themselves.
Whatever I can do to help Lindsay and her cohort, I will do.  But we need to work together.
Happy birthday to you, Lindsay.
Happy future to you and all now and tomorrow. 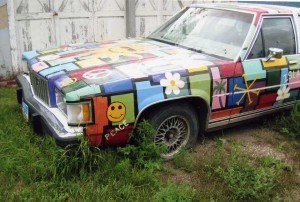