Last Friday I took a four day one thousand mile trip related to family matters in North Dakota. The trip included a visit to an Aunt and Uncle and a drive to a family funeral near the Canadian border. Over half of the trip was by myself, which always makes a trip seem longer, at least to me.
The 450 mile portion of the trip with my Uncle – my Aunt was not feeling well and stayed home – was a pleasure, albeit connected with a sad occasion: the final memorial and burial of one of my cousins.
There was lots of time for us to just visit, in the country manner.
In those four days there were scant idle moments. If I wasn’t doing something, I was sleeping. Such is how it goes.
As I age, it takes longer to recover from these trips, but they all have their pleasant aspects: “visiting”; arriving at the assisted living facility to find a couple entertaining the residents with karaoke; taking a side trip enroute home from the funeral to see the dikes attempting to hold the ever-swelling Devils Lake from flooding even more territory (my Uncle seriously tempted to stop to do some fishing); going to church; doing some routine work on the home farmstead; experiencing a whole lot of old-fashioned hospitality….
In 1000 miles, 450 of it essentially new territory for me to actually see, one sees a lot of interesting things, and much beauty, even in an ever more sparsely populated state like my home state of North Dakota.
Something else happened this trip.
I didn’t watch television, listen to radio, or even read newspapers, not even the local weekly, The Chronicle, which I am in the habit of buying when at my relatives town. The Chronicle is a throwback to the ‘old days’. Indeed, when it is published tomorrow, I will appear as “news” in the community events section of the paper. I was a visitor, after all, and such things are noticed in those not-always mythological “towns that time forgot and the decades cannot improve” of Garrison Keillor.
*
Then I arrived home Monday night and was reunited with the real world conveyed through television and newspaper.
This particular time, the evening of May 21, 2012, the battle was still raging over what Mayor Corey Booker of Newark NJ had passionately opined on one of the Sunday morning news program. The topic is irrelevant, but the outcome was predictable.
Because the statement was passionate, probably not scripted, and because Mayor Booker is identified as partisan, favoring one candidate for President over another, the statement was quotable, and it was instantly manipulated into useful sound bites for political advertising and partisan commentary, and required response from the other side.
The statement seemed to have basically swamped the news cycle of this particular day in history. It had even outlived the traditional one-day ‘moment of fame’.
Mayor Booker’s major sin, it seems, was that he was honest in his expression of opinion. Honesty in politics is truly politically dangerous, We seem to not only expect, but demand, that our politicians be dishonest.
I had come back from my isolation in “Lake Wobegon” to the battlefield of today’s contemporary politics where the objective is for one side to win, by making another lose; the elevation of an ever meaner and nastier side of what passes for political conversation in this country.
We witness it all, most of us from an easy chair in front of a television screen, too many of us picking up our reality from one extremely partisan side, or another.
It is not a winning strategy for our country, our larger community.
Election 2012 is looming.
Either we are part of the solution, or part of the problem…and the solution is not demolishing by any and all means the opposing ‘other’, or dismissing the other point of view.
We are, after all, part of a very large family of humankind.
*
Monday early afternoon, visit over, it was time to head back to “the Cities”.
Out the window at the assisted living facility I had noted that the American flag on the flagpole was badly frayed from too long in the North Dakota wind.
Down to the hardware store I went, and picked up a replacement which will be posted in time for Memorial Day, in memory of cousin Pat, and for all of us.
Happy Memorial Day.
*
An album from May 18-21, 2012: (click on photos to enlarge) 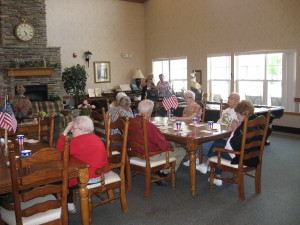 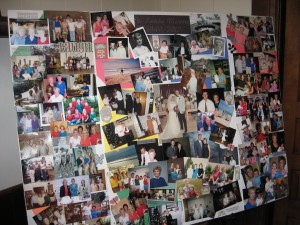 Remembering a life at Langdon 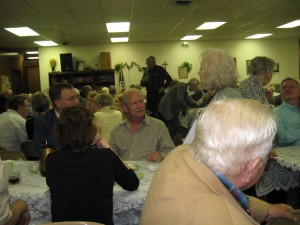 A little lunch after the service 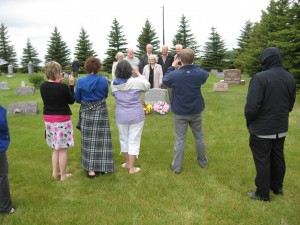 The ritual photo at Mom and Dad...and Sisters...grave at Dresden 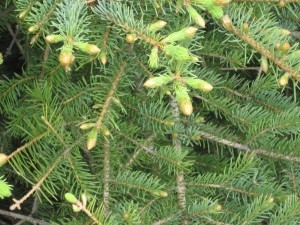 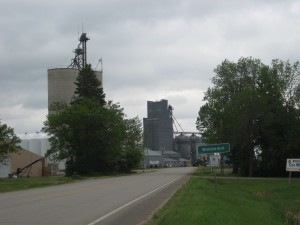 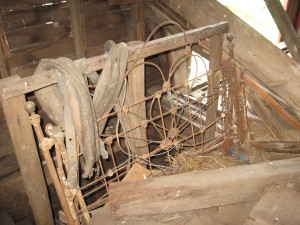 Bedstead and old harnest in the haymow of the old barn 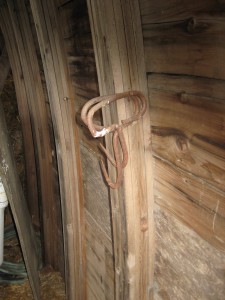 In the old barn. Dad helped make these beams when the roof of the old barn blew down July, 1949. 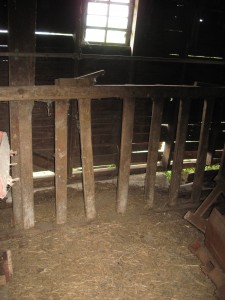 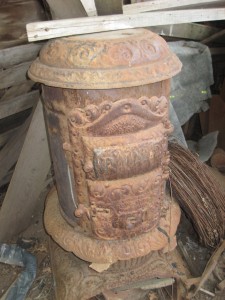 An old stove in a shed 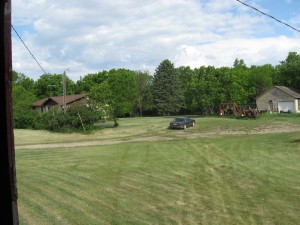 where the old house used to be, from the haymow of the barn 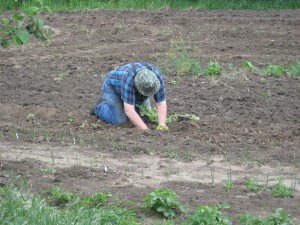