Yesterday President Obama turned 50. His counterpart, Abraham Lincoln, was 51 when first elected to the presidency in 1860.
The similarities do not end there. 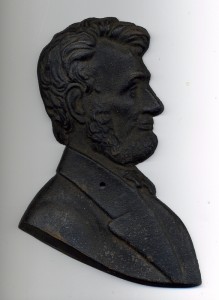 Last Sunday evening, July 24, I happened across PBS American Experience on Twin Cities Channel 17. This segment was about the life of the Lincoln’s in Civil War Washington D.C.
The segment ended with the narrator talking about Lincoln’s exceedingly dismal chances for reelection in the election of 1864. His first term, after all, had not been in the best of times. As he took office in 1861, seven states had seceded from the still fledgling Union that was the United States of America. His first cabinet – selected by him – was not exactly a ‘band of brothers’. His entire term had been dominated by the Civil War. “Anybody but Lincoln” might have been an informal street assessment of Abe Lincoln’s chances for reelection to a second term in 1864. He was severely criticized from all sides.
Ultimately in the 1864 election he polled 55% of the popular vote, overwhelmingly won the electoral vote, and was inaugurated to a second term. Three months later he was dead.
“Now he belongs to the ages.”
Today Abraham Lincoln easily ranks as one of the most-loved Presidents in our Nations history.
This is how the matter of history plays itself out. The short term assessment by vocal critics means nothing; it is the long term that matters.
One hundred fifty years after Lincoln’s first inauguration a man with similar background experience to Lincoln, Barack Obama, occupies the White House.
In Obama’s case, states didn’t secede from the union. The U.S. now holds ten times the population of Lincoln’s United States.
But from the moment President Obama took the oath of office in 2009, his Republican opposition has been very, very public in their efforts to make Obama a failure: a one-term President. Their weapons: words and media. They have gone to war against this president, using all of the weapons in their arsenal to hopefully destroy him.
Obama’s base of support has for the moment seemed to join the opposition. “He’s sold us out”; “he doesn’t stand for anything”…. I see the litany all day every day on my computer screen.
To those character assasinators and those dooms-dayers and nay-sayers I say, don’t count President Obama out.
He is surviving a Baptism by Fire.
He is a class act.
Abe Lincoln similarly strode a hugely difficult road. But in 1864 the ordinary voters of the day decided that they had been well served, and gave Lincoln his second term.
I believe that there are lots of ordinary voters – the silent majority – who are finally beginning to seriously think about the implications of what is happening in this country.
You won’t see their opinions in letters to the editor, or in opinion polls, or reflected through the lens of the punditocracy or the political establishment, left and right. But they are out there, thinking.
“Is this mess what we want for our future?” they are saying. Who should lead us in this time of desperate trial. They aren’t deserting President Obama.
Will I be right or wrong about 2012? No one knows.
As my friends know, in 2008 I supported Hillary Clinton for President until she conceded the nomination. I thought she had the greatest and best experience to succeed at the job.
This time around, assuming he stays true to his performance so far, my support for President Obama is assured. 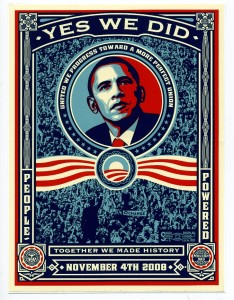