UPDATE Oct. 23, 2013: There are a half dozen comments to this post. They are included at the end. As I noted to one reader, I could have gone on at much greater length about this aspect, or that, of this most complicated topic, but chose to keep my thoughts somewhat brief. As is also obvious, individuals have differing points of view. But that’s as I’ve always seen this Church: a rather unruly rabble of good people which is not the monolith it appears to be.
*
Saturday’s Minneapolis Star-Tribune lead front page article headlined “[University of] St. Thomas trustee who handled cases quits”. The trustee, Fr. Kevin McDonough, when I knew him best, was pastor of my Church in St. Paul and Vicar General of the Archdiocese. He was then in the bulls-eye investigating sex abuse cases involving clergy. I had, and have, huge respect for him. He was a national expert on the Church scandal.
Fr. Kevin’s boss, Archbishop Harry Flynn, from everything I knew, then, got it: church operations had to change, drastically, and these changes were implemented. This mornings paper, the front page lead headline is that Fr. Kevin’s fellow St. Thomas University Board member, Board co-Chair, retired Abp. Harry Flynn, has also resigned. I was surprised. Best I knew, Abp Flynn acted aggressively in every instance of abuse identified.
And two weeks ago, on October 7, a retired teacher I’ve known for years, publicly came out as a victim of sex abuse by a Priest in the 1950s and 1960s.
So, somebody might logically ask, knowing that I was at Mass at Basilica of St. Mary again this morning, ushering as usual, “how can you possibly continue in such a corrupt institution?”
Before answering that, here’s a long article I read about this issue ten years ago: Richard Sipe June 2003001. Richard Sipe talked, back then, on the “Culture of deceit undergirds clergy sex abuse.” I was taken by the article then, and I think it remains very relevant now, and I recommend it to anyone. (Re the editor of the publication in which the article appears, Bread Rising, see note at the end.)
So, why do I, and so many “Catholics” stay Catholic? I can speak only for myself.
We Catholics are part of a diverse, ragged and often imperfect “family”. Like all families, there are problems within. Because of our size, and the hierarchical and management structure – bluntly, some of the leaders just don’t get it – there are, and there will continue to be occasional problems. It would be good to be perfect, but we aren’t. In diverse ways, many of us work in various ways within our Church to change the system.
There are many differences of opinion within this family to which I belong (including amongst many members who have left). But today, as usual, my Church was well attended.
I benefit from the experience of having represented public school teachers.
Public School is also a very human institution, and during my work years the spotlight also focused on occasional inappropriate and unacceptable behavior by adults, teachers, in a position of authority.
Allegations about sex, we learned, back in the 1980s, were different than other allegations. The instant presumption seemed to be that an allegation against an accused perpetrator was true. Often this was the case, but not always. But there was a tendency to overreact; normal due process (“innocent until proven guilty”) was more difficult to achieve: once accused, guilty.
I remember vividly when we taught our teacher members NO TOUCH, PERIOD as a defensive strategy, and particularly one kindergarten teachers lament about not even being able to tie her kindergarteners shoelaces.
It took a long while, but after a time a certain amount of common sense equilibrium reached.
This issue has been more difficult in the Catholic Church than in schools, or so it seems. Perhaps this is because the Church is a massive private and mysterious institution, whose management was long accustomed to being out of the purview of the civil law. Some of those Diocesan heads – Bishops, Archbishops and Cardinals – were (and some still are) very slow learners. And these cases become newsworthy, front page news.
Would it be best to have no problem like this? Absolutely.
Will the Church, or people generally, ever be totally perfect? Of course not.
I choose to stay with “the family” as I know it. There are lots and lots of good people within the Catholic Church of my experience, and in general it remains a positive asset to the greater community in many ways.
NOTE ON BREAD RISING: I met Terry Dosh, editor of the newsletter in which Sipe’s article appeared, in 2001, when he and I were standing in line, chatting, waiting to meet Bishop Thomas Gumbleton at Basilica of St. Mary, where Gumbleton had just completed a powerful workshop we had attended. I add the bios of Sipe and Dosh to give some important context to their work. (The link is a long video of Terry Dosh describing his own life path as a Catholic. It is very interesting, for anyone with an interest.)
Here is a second Richard Sipe talk which appeared in the January, 2005, issue of Bread Rising: Richard Sipe Jan 2005002 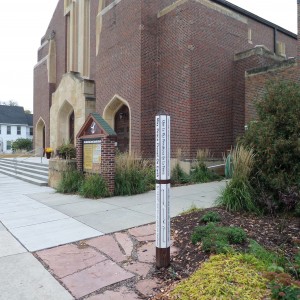 COMMENTS in order of receipt:
from Andrea G: Great post. Today after 10 am mass during our coffee/donuts session, several parishioners were discussing the news of late. A few were openly discussing [Abp] Nienstedt’s actions and basically shaming him for not addressing the issues in public/in person during a mass. My jaw hit the floor as [our church pastor] was in ear shot of the discussion.
from John C (his most interesting website is here):
Dick
One can be a true follower of Jesus, even Catholic,
without being Roman.
Jesus never set up an Institution
and even if he did, t’would not be Roman.
Catholic (in the True Sense) evermore, Roman, ne’er again
*
My Church
ONE, HOLY, CATHOLIC, APOSTOLIC
ONE
Not in structure, organization, culture, or practice,
But as Jesus, in Love and Forgiveness.
HOLY
Not in common external signs of piety,
But in the pursuit of Spiritual Growth.
CATHOLIC
Not as members of one universal organization,
But reaching out to serve ALL peoples of the world,
especially the marginalized.
APOSTOLIC
Not in physical lineage to the Apostles,
But living in the Holy Spirit as bestowed on them
and us.
ONE, HOLY, CATHOLIC, APOSTOLIC
Not in a limiting or exclusive sense,
But in an Expanding and Inclusive sense.
*
The hierarchy labels Catholics,
who have moved beyond the boundaries
of institutional religion in search of Spiritual growth
Fallen-away Catholics,
as if not following the man-made rules and regulations
signifies a loss of faith.
Outrageous!
I asked people for a more appropriate name for us;
Here are some of the responses:
Homeless Catholics, Nomad Catholics,
Catholic Alumni, Exodus Catholics, Liberated Catholics,
Adult Catholics, Non-Attending Catholics,
Un-fearful Catholics, Alienated Catholics,
Non-bureaucratic Catholics, Inclusive Catholics,
Catholics in Love, Catholics in Exile,
Recovering Catholics, Kinda Catholics,
Liberal Catholics, Raised Catholics, USTA B Catholics,
Wandering Catholics, Roamin’ Catholics,
Disgruntled Catholics, Wayward Catholics,
Activist Catholics, Gypsy Catholics,
Agitator Catholics, Jesus Catholics,
Non-bureaucratic Catholics, Un-hierarchied Catholics,
Protesting Catholics, Re-Formed Catholics,
Metanoiaed Catholics, Pray, Play, DisObey Catholics,
Non-Babel Catholics, Catholics Living in the Real World
Post-medieval Catholics, Un-clericalized Catholics,
Freed Catholics, New World Catholics, Rebel Catholics,
Disenfranchised Catholics, Home-Liturgy Catholics,
True-Tradition Catholics, Non-Lay Catholics,
De-Catechized Catholics, Open-Table Catholics,
De-institutionalized Catholics,
De-programmed Catholics, De-culted Catholics,
Ecumenical Catholics, catholic Catholics,
Christian Catholics, Home-Church Catholics,
Fundamental Catholics,
(as opposed to Catholic fundamentalists)
Un-intimidated Catholics, Illuminated Catholics,
Former Catholics, Universe Catholics,
Refreshed Catholics, Progressive Catholics,
Small-Faith-Group Catholics, Happy liberal Catholics,
Discerning Catholics, Thinking Catholics,
Emmaus Catholics, John XXIII Catholics,
Global Catholics, Welcoming Catholics,
Beatitude Catholics,
Episcopalians,
Call-To-Action Catholics, Pot Luck Catholics,
People of God,
Catholics-with-a-brain-not-afraid-to-use-it,
Thinking Catholics, Catholics Conflicted
The Newly Marginalized Catholics,
First-Century Catholics, Run-Away Catholics,
Body of Christ
Fallen Away?
Rohr would say Fallen Forward!
from Connie P: Although I respect your somewhat defense of the Church in your piece, I think its because you are a loving long time member
of the Basilica, which for the most part as memory serves me is the most open and inviting of all the Catholic churches of the Diocese..It’s easy to believe, isn’t it? It keeps you in the belief mode of trust and loyalty thru all the scandal…But,.when you are using such words in your piece like: mysterious, private, slow learners, leaders don’t get it..Then maybe you and most definitely the Church has failed again and again…However, your loyalty remains… Good luck with that.. the abuse cover ups and mysteries/privacy will continue too..
It’s been very hard for me to get back to the church.. and it doesn’t help to hear more stories that continue since 2002, etc. 10 years have gone.
The church my not be perfect..no one or thing is..but there are and should be no excuses for this unaccepted shameful behavior of those in power in the church, from the church and from those who abuse,and those who don’t take action or account for it!!!
It’s a bit of a lost cause.. and will take many decades if ever, to change for the better..
Side note: Pope Francis..
the Pope may have a great personality..( he’s from Piemonte,after all, where we all have bigger than life personalities)..but that doesn’t mean the
Church will change in any really big way, in my opinion. Only time will tell..
from Jeff P: The problem is that the Church leadership really hasn’t learned, and now frankly they don’t have the luxury of getting away with it. Laws are in place with no statute of limitations.
I suspect there may be criminal charges possibly filed against some of the primary people in this matter, including Archbishops and former Archbishops or at least their main assistants.
That and stopping the flow of money from parishioners to the top is the only way to stop it.
from Florence S: Thanks, Dick. Excellent. I re-read Bread Rising.
from Dale L: Thanks, Dick. Good thoughts indeed. Let’s pray for the church and all of us in it as we make our messy ways along the merciful path of reconciliation again and again…to the arms of the Father of Mercies.