Friday and Saturday, Oct 9&10in Minneapolis, is the Workable World Conference devoted to ideas about transforming the UN system. All details are here. Registration is still open. Here is the program of speakers at the event: Workable World Speakers Oct 9-10 2015 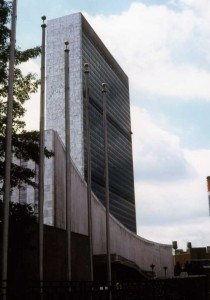 Workable World endeavors to take a look at the United Nations at 70, and how it might be transformed to work more effectively in the present and the future. Speakers will present their thoughts on solutions which can then be debated in other forums at other times. Basis for the conference will be the book, Transforming the United Nations System, Designs for a Workable World.
There is a lot to learn, and I’ll be there for the entire conference. I’ve heard only two of the speakers previously. It is important to listen to new viewpoints; then to become engaged – to participate in helping make a positive difference.
There is potential for positive change presenting itself at this conference.
And this world of over 7 billion people and over 190 nations can be a better place because of this discussion.
*
Back in 1945, when the UN was chartered by 50 nations in the rubble of WWII, communication and most everything else was primitive compared with today. A preview showing at the conference of a soon-to-be-released film about Garry Davis, World Citizen number one, will have some film from the first UN General Assembly. (A short clip from that film is accessible here.)
Today, there are over 190 nations in the United Nations dealing with serious crises in many arenas, some, as climate, even more threatening to living things on the planet than war itself. Our globe is one nation, not many….
None of us are helpless; everyone of us can help. But the trick is finding a way to work together.
*
In my view, this weekends session, featuring largely academic presenters with much knowledge about the international stage, will appropriately share the stage with an e-mail I received from a long-time friend a single night ago.
The subject line of the e-mail said this:
“Just received this e-mail from a friend in Aleppo, Syria”:
“As for your question, mostly everyone I met over here and everyone one I know online, in other Syrian provinces or in the diaspora, support the Russians and their coalition with Iran, Iraq, Syria and Lebanese Resistance against the terrorists.
“I wish to see the end of that nightmare before the end of the year. The dream is closer now, thanks to the Russians, who are targeting the real bases of terrorists, not claiming doing so like the U.S. Coalition. Only now, terrorists in Idleb are fleeing to Turkey, and the ones in Reqqa are fleeing to Iraq.
“Some comment[er]s are afraid that it could be a new trap for the Russians, as what happened to them in Afghanistan back in the 1970s and 1980s. However I guess they learned their lessons and won’t make the mistake again.
“I’m waiting for the Russian[s] interfering in Aleppo. So far nothing happened over here. But they are preparing the arena for it.”
*
Of course, I know nothing about the writer of the above e-mail, his (or her) personal bias, etc.
Presuming the person on the ground is in Syria, and Syrian, the opinion, even if only from a single individual, is at least as authentic as CBS News’ Scott Pelley’s nightly nutgraf about the “Assad Dictatorship”, or other such presumptions of certainty or “truth” delivered in other forums by other people about anything and everything.
The e-mail is a symbol of another reality today, which is both a blessing and a curse.
Today, unlike in 1945, anyone with a keypad, as I use, here, has the capability of spreading a message worldwide, true or false, malicious or well-informed, polished or not. We can spread truth or gossip with ease. Immense good, or evil, can be promoted instantly, worldwide. Each of us need to make informed decisions based on strong evidence based on knowledge; and we need to participate in making our world a better place.
Over and over, from Nazi Germany to Rwanda, to endless other situations, we’ve learned what happens when innuendo and blaming some other, takes root and spreads like wildfire.
Maybe that writer from Aleppo is right, maybe not.
Maybe Scott Pelley is portraying news with integrity, or maybe there is a canned narrative being sold….
*
This world is a very complex and imperfect place. But we tend to judge things instantly, based on fragments of information coming, as via the e-mail, from persons or entities of unknown reliability. Disorganized anarchy can too easily happen.
This is a dangerous problem, making it ever more important that there be international leaders who can not only assess risks and opportunities and respond, but work at least minimally collegially with colleague leaders who represent differing points of view.
In the end our future depends on us, a well informed and engaged citizenry, participating in all of the many ways we can to make our world a better place.
Personally, I think the idea of a United Nations was and remains the best idea for a stable world, though the results will never be perfect.
This weekend is a time to learn. Come on over. 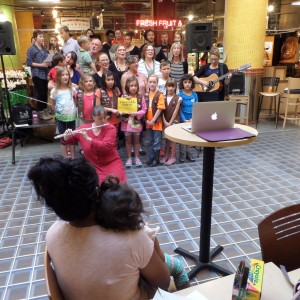