Friday night was a conflicted one for me.
In Havana, the Minnesota Orchestra was playing its first concert; out in Eden Prairie, a relative, Mickey, was graduating from Dakota County Technical College; over in South St. Paul, 8th grade granddaughter Kelly was part of the year-end Choirs concert for the St. Paul Public Schools.
I chose the graduation: an especially big deal for a wonderful Mom of two teenagers. She was graduating with honors, and along with the graduation, receiving a significant promotion at her work.
After the graduation, perhaps ten of us gathered at a restaurant in Edina to celebrate. It was about 8:45 when I got in my car and tuned the radio to FM 99.5 to hear the rest of the Orchestra Concert in Havana. The concert was not yet over when I reached the parking lot. The others went in. I sat there, in the car, till the concert concluded.
Some times you do what you need to do. This was a memorable moment. 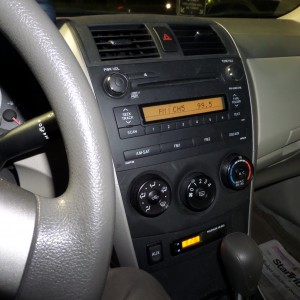 A memorable moment indeed. As I sat listening to the strains of Beethoven’s 3rd Symphony, the Eroica, streaming from Havana, I thought about the great significance of this cultural exchange.
This wasn’t about a continuation of, now, 56 years of sullen war of one aggrieved country against its small neighbor. Rather, it was an overture of peace; a reprise of the same worked played at the last concert by the Orchestra in Havana in 1930 but having, at least for me, great symbolic importance. Beethoven originally called this symphony the “Bonaparte”, in admiration of Napoleon, but changed his mind…. The last straw was Napoleon’s declaring himself as emperor. There’s lots to discuss there, parallels and not….
The language of music, even what it is called, is important.
So, I had a great evening, Friday.
Saturday night, the second concert conflicted with my one “addictive” TV program: Antiques Road Show on PBS. I watched one, and listened to the other.
The listening won out.
Then came last night, in the auditorium of the South St. Paul High School, the Spring Concert of the South St. Paul bands, directed by Andrew Peterson. There is genuine synergy between Mr. Peterson, his youthful charges and the audience…a “three-legged stool”, as I’ve noticed is crucial to the success of the Minnesota Orchestra.
This was a long program with the usual great energy, both on stage and in the audience. These are fun evenings, always.
The very first piece, Crunchy Frog, by the Jazz Ensemble, was opened by 9th grade grandson Ted on the Vibes, and he did a great job.
(click to enlarge photos) 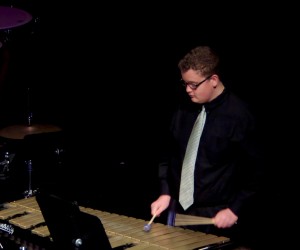 Of course, Band and Orchestra are your basic “team sports”, as demonstrated by the Jazz Ensemble in its five pieces, and with all the other groups as well. 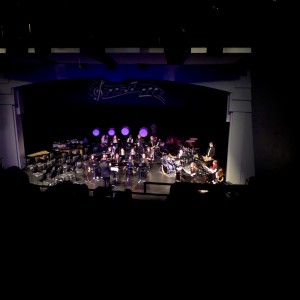 At intermission, Ted’s Mom asked: “any chance you could get Ted to McPhail for his lesson this afternoon?”
Of course. When you’re watching talent accompanied by passion, as Ted possesses, you want to help out, and Ted seems to have found his own muse.
Saturday, we’ll be up in North Dakota, and can’t use the regular Orchestra seats, so Ted and someone else will be going in our stead, to experience the Minnesota Orchestra and pianist Garrick Ohllson.
I suspect Ted’ll have a great evening.
I’m glad I can be a tiny part of the supporting cast.
https://thoughtstowardsabetterworld.org/wp-content/uploads/2022/04/thoughts-300x138-1.jpg 0 0 dickbernard https://thoughtstowardsabetterworld.org/wp-content/uploads/2022/04/thoughts-300x138-1.jpg dickbernard2015-05-19 11:38:392015-05-19 11:38:39#1029 -Dick Bernard: The Sounds of Music
0 replies