Directly related posts: here and here.
Yesterday’s news has President Obama going on vacation for a few days. Of course, presidential vacation is not a vacation at all. But this does not prevent the Congressional critics, themselves on a one month vacation, from saying the President should be back in the White House creating jobs – the same accomplishment they are actively seeking to prevent. Helping the President get more jobs is not politically good for the opposition. And so the deadly games go on.
My favorite blogger wrote today about the Presidents vacation, and that President Obama’s selected vacation reading was the book “Nixonland” by Rick Pearlstein. (My vacation choice was Naomi Klein’s “The Shock Doctrine: The Rise of Disaster Capitalism” I recommend it very highly.)
I’ve been thinking a lot about this label “liberal”, which I am proud to affix to myself. To many, it is a cursed word, along with other swear words like “union”, and on and on. In fact, years ago, Newt Gingrich had a famous list of words. They were (and still are) very helpful for his disciples to use as they seek and achieve high office.
They are also destructive to a functioning society, as we are seeing every day.
So, what is a ‘liberal’ as compared to the polar opposite ‘other’? (I use ‘other’, because in my own experience, most liberals are conservative people*.)
All I have is personal experience, and with that there’s a story.
Three years ago I was on a bus tour exploring matters French-Canadian in northern North Dakota. We stopped at a now-empty Catholic Church in tiny Olga, ND, and our leader, Dr. Virgil Benoit of the University of North Dakota, talked powerfully to us about intercultural relationships, specifically Native Americans and French-Canadians.
On the long bus ride to Belcourt in the Turtle Mountain Indian Reservation, I was sitting across from Dr. Benoit, and at one point I asked him where his compassion came from. He related a specific experience at a Minnesota Indian Reservation, where, as a young PhD, a tribal elder spoke to him about priorities and social concerns. It made an indelible impression on him.
But then he turned the tables on me. “And what about you?”, he said.
I was taken aback, and struggled for an answer.
It really didn’t occur to me till later.
For me, the epiphany came in 1963-65 when my young wife and I struggled through two years of hell until she died of kidney disease in July, 1965 (she was buried on the very day the Medicare Act was signed by President Johnson). We were kids, then, and had no medical insurance. Stuff like this wasn’t supposed to happen to someone in their early 20s. I was on the brink of bankruptcy when North Dakota Public Welfare stepped forward and paid the bulk of the unpaid medical bills…and they had to stretch their rules to do that. (click on photos to enlarge) 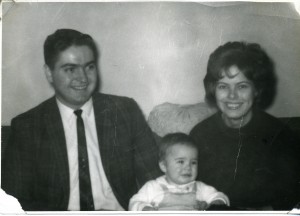 The community which is government saved my and my sons future in hard times. I’ve never forgotten this; I never will. It could happen to anyone.
That, and other experiences, have made me ‘liberal’, and if that’s not okay, so be it.
In my observations over many years, it seems that there is some kind of a continuum that defines the difference between people like me, and those in the camp of the individualist, government be damned bunch.
Like all continuums, there are infinite gradations between one extreme and the other.
On one extreme are the communalists who argue that everything should be for the good of all. The Communists tried this, and it has never worked quite as the theory proposed. I suppose the Shakers were another variety; and the Amish a contemporary version.
On the other extreme, though, more akin to our most radical right wing types, is an even worse problem: in the extreme, all that matters is the individual. Theirs is a dog-eat-dog world and the strong survive, and the weak don’t. Get what you can while you can. Make the rules for the loser others. “Winner takes all”.
I’m off on the communalist side of this continuum, but far away from the extreme left that I describe.
There has always been this continuum, but the difference in the last 20 or 30 years has been the casting of one side as good, and the other evil. The side that considers my side to be evil has had the upper hand, and it is not healthy for them, for us, or for society at large. But it has been a winning formula for them, and only we can make them change their focus.
Then there’s the even more troubling “winning formula” of making a judgement of the whole, by a non-negotiable demand to resolve a part (i.e. unrestricted gun rights; an immediate end to the war in Afghanistan, and on, and on, and on.) Thinking larger is too hard, so we think small, or not at all. We just judge.
Where are you on these matters? At least think this through privately.
I’m proud to be “liberal”, and I think that, like a bird, there is a need for two ‘wings’, but wings that work together. 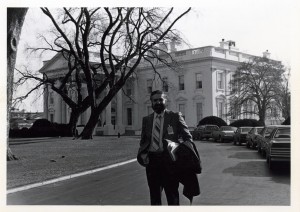 UPDATE: Saturday, August 20: I often describe myself as an Eisenhower kid: Dwight Eisenhower was President during virtually my entire high school and college years. I graduated from college less than a year after he left the presidency in January, 1961; and weeks after John Kennedy was elected to succeed him (I was too young to vote – 21 was voting age then).
Yes, I liked Ike, and still do. More than a few liberals I know do too. He was a moderate conservative. He’d be thrown out of todays Republican party.
My favorite blogger (see first paragraph above), was born in those days (1947), and remembers them in today’s column here. They are a little different than they are usually portrayed in those acidic “forwards” I get. 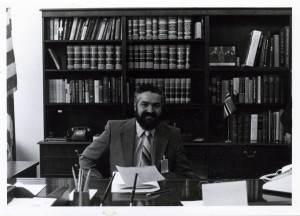 * – I have long thought that this true conservatism of ‘liberals’ (prudence, careful in use of money) is one reason why big business doesn’t want liberals in control of government. Government waste, after all, is very good for business, not bad. It may not be good for the community that is our country, but it is great for profit.
UPDATE August 21: A good friend commented on this post, yesterday.
Bob Schmitz: I too can pin point a number of epiphany moments that led me to embrace the label liberal and now Green Party values. A recent incident confirmed my beliefs. Last summer I was in Wishek, N.D. for a wedding. Wishek votes Republican. As I was walking down the street in a residential area of the city I could not help but admire this pleasant town, but I became most impressed with the finished look to the streets with their curb and gutters, and sidewalks throughout. As I got to the end of a block after having made this observation, I looked down at an inscription on the sidewalk. It said, “WPA – 1937” [Works Progress Administration], the year of my birth. I was very much a product of the depression and my family never really recovered until the late 50s or during the golden era of our economic revival from the 30s. It is to bad that revival came as a result of military Keynesianism [WWII]. When on his death bed a few years ago my 90 year old Dad started talking politics with us. He recalled the idle men sitting on the benches in downtown Arcadia, Iowa during the 30s, and spoke of FDR with such fondness. He started to cry when he talked about Roosevelt trying to help them and how some of these public works projects started under Roosevelt gave them work and restored some dignity. My grandfather lost his farm due to the depression but recovered with WWII, which put everyone to work, including my three uncles who participated in the war. They came back and all could buy a home through the GI bill. My wife’s brothers were able to become engineers, and wealthy, by attending the school of engineering at the U of M under the GI bill. Without the GI bill they would not have been able to attend college. They by the way are Republicans. I still recall the “bums” coming to our door as a small child and before the war cranked-up. These bums were traversing the country on the old Lincoln Highway looking for work and food. Mom would make them a sandwich or let them have something from the garden in return for raking some leaves or doing a small odd job, and we didn’t have a “pot nor window” [old saying about being poor – “not a pot to pee in or a window to throw it out of”] .
I want to recommend a book: “There Is Power In A Union: The Epic Story Of Labor In America” by Philip Dray. This is a wonderful history of labor and reminds us that we are still fighting the same old battles. Right now I am reading about the Shirtwaist Factory fire in 1910, a horrifying tragedy which should be memorialized, just to keep the public reminded of the consequences of Adam Smith’s free-market economics when applied in an industrial age.
Dick’s response: There were, of course, ordinary people in the depression who hated Franklin Delano Roosevelt too. I know this included some of my relatives. The same kinds of reasons some despise liberals today.
Here is one of my Depression era stories (I was born in 1940). This story is set in rural Berlin ND, about 60 miles east of Wishek on Hwy 13.
Later, another from Bob: I know there were those who disagreed about FDR. There were great discussions in my family about politics and I do recall them talking about the plutocrats or small town business people who did not want to help the derelicts and cursed FDR. My maternal grandparent did ok but retained sympathy for those who did not, and seemed willing to chip in to help the neighbor who ran onto bad times. I believe he was a closet atheist as he resisted attempts by the local Methodist minister to get him into church. Grandpa Liechti, a Swiss, said his religion consisted in doing onto others as he wished them do onto him, and that’s all he needed to know. He simply threw a biblical quote back at them and left it there. My Dad’s parents were devout Catholics but also had a strong social conscience which I think came from their life’s experience. Grandpa Schmitz was an orphan dumped with a farm family who essentially used him, which was the social welfare system of that time. I recall vividly that Mom and Dad voted for Henry Wallace in 1948, the Progressive Party candidate. He was from Iowa and the former Sec of Ag. and I believe a Vice-President under Roosevelt. Dewey was supposed to have the election locked up but Truman upset him with a very narrow victory. Mom and Dad were told that they wasted their vote. I don’t think so.
Sometime I could go on about the mental health movement in which I had the good fortune to participate. I am referring to the successful effort to empty the old state hospitals at the end of the 50s and into the 60s. The current Republicans seem to want a movement back to those days. In those bygone days the Republicans of that time saw the merit in ending the old state hospital system and participated in that effort. Elmer Andersen was one of them.
As I read history the current trends seem less scary and are nothing new, but there is no guarantee that they could not morph into full blown fascism.
https://thoughtstowardsabetterworld.org/wp-content/uploads/2022/04/thoughts-300x138-1.jpg 0 0 dickbernard https://thoughtstowardsabetterworld.org/wp-content/uploads/2022/04/thoughts-300x138-1.jpg dickbernard2011-08-19 10:14:492011-08-19 10:14:49#420 – Dick Bernard: Speaking as a Liberal