Today is the funeral Mass for my second cousin Walt McFadden. Walt died Sept 13 in an accident on his farm on the edge of Dubuque IA.
Our condolences to Mary Lou, daughters Dena, Angela, Marla, their families, and Walter’s siblings Phil, Marianne, Paul, Jerry, Carolyn, Hugh, Kathy and Richard.
The last time I talked to Walt was a couple of weeks ago: a phone call. He and Mary Lou had been at the Minnesota State Fair. The last time I saw him was July 10, when I took this photo of him on the family acres. (click to enlarge all photos.) 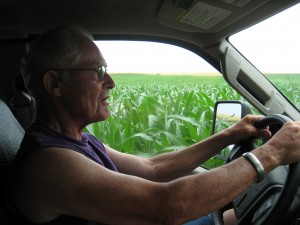 Walt was a picture of good health and spirits when I last saw him.
He and I didn’t know each other well. I was in Dubuque for a family reunion put together by Walt and his siblings in early July. Before that, the last time we’d met was in 2005 at another reunion. Walt’s mother was my mother’s first cousin, less than two years younger. In fact, they were double cousins: their parents, sister and brother who married brother and sister in Grant Co. WI about a year apart, took up farming on adjacent farms in ND in the early 1900s. As happens over 100 years, my branch more or less centered on ND and Minnesota; Walt’s branch in Iowa and Illinois. I know them basically through family history.
So I can’t wax eloquent about Walt’s gifts to family or to society at large. His obituary suggests they exist abundantly.
What the sudden death of this apparently very healthy 74 year old man demonstrates once again is the importance of doing relationship things now, rather than waiting for a better time – next month, next year, sometime….
As best I understand, Walt died only a very short distance from the farm home in which he grew up. He and his wife Mary Lou lived just down the road a mile or so. One of his brothers, Dick, and spouse, lived between the two houses. Other siblings in the large family live elsewhere.
In July, Walt took me into the old house, which he had been gutting, with uncertain plans. It had been a farm home. Now, across the street both north and east all of the property is urban development.
Change.
Walt is at Peace. May all of us learn from him. 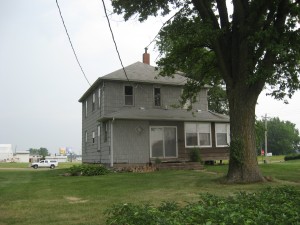 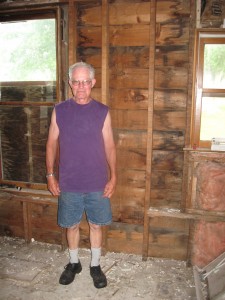 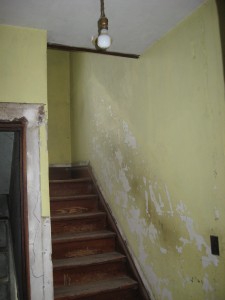 The old home, many a footstep up and down.... 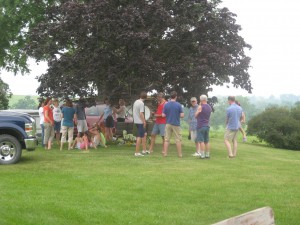