In progress.  Check back.

September 2, 2020: We currently have a dangerous President in the United States, and the evidence is overwhelming, but too few people are even willing to consider this a possibility.  We are awash in disinformation.

Events in the last 24 hours are a good starting point: if we don’t care, we are embracing tyranny, and we will regret this.

Yesterday, the President was in Kenosha, and an excellent compilation is at Just Above Sunset: “What Trump Took To Kenosha“.  I refer frequently to this resource, compiled several times a week by a fellow retiree.  (The daily archive is in the right hand column at the website.)

Check back at this space later.

September 3, 2020: The night of the fires in Minneapolis was a terrifying one.  I first wrote about it here on May 29, titling it “A City Burning”.  It was a terrifying night.  The site was 20 miles away but as media portrays things, it appeared, as I headlined, a city was burning.

Those who live here know the rest of the story, to today.

Why bring it up again, over three months later?

That night someone passed along information that some amorphous “they” were coming to do violence in our city, and that they would be moving out into  our neighborhoods.  The shock of the fires heightened my concern.  I actually took the step of bringing into the house a piece of patio furniture and a metal planter that could be used by an evil-doer to break windows to enter our home, were our neighborhood invaded.

I had been suckered, as had the person who passed the rumor to me, and on and on.  I’m embarrassed to say that even now.  Thankfully, the next day I took a photo of the piece of furniture I had brought inside.  (I don’t mention this in my May 29 post). 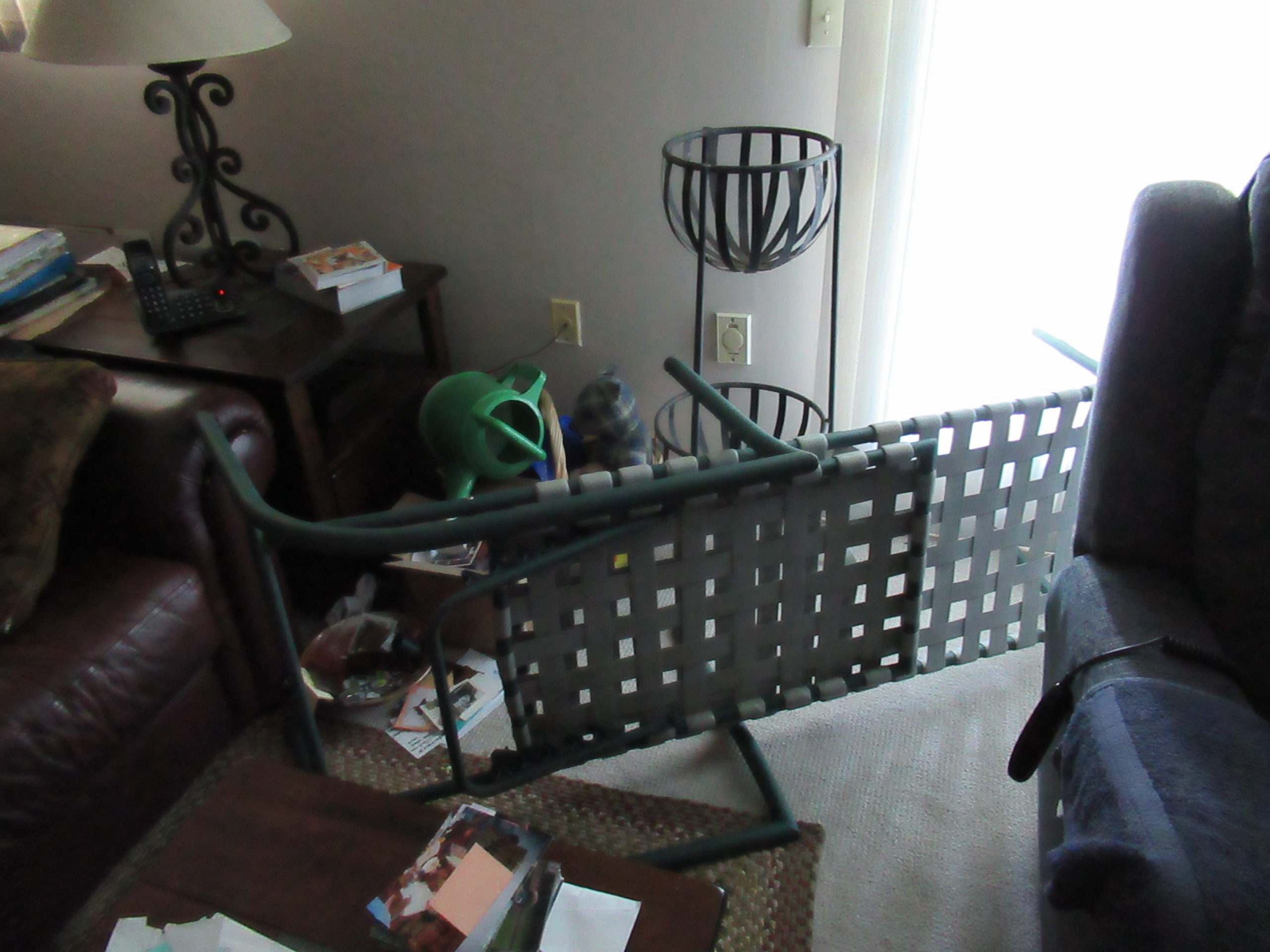 The fire damage in Minneapolis had been serious, but by no means universal, and specifically targeted at businesses which served the local community.  There was extensive breaking of windows of businesses.  But there was minimal if any residential damage of any kind.

The outside hordes rumored to be coming to my town or others, had not existed except in someones tortured mind, and infected others, like myself, who succumbed to fear-mongering.  As I have often written since, part of Minneapolis and St Paul had indeed been devastated, but the process of recovery, while slow, has been continuous.

Then comes Kenosha and the visit by the President of the United States there a day or two ago, and his spreading the rumor that hordes of black-clothed hoodlums flew in from other areas to wreak havoc.  Of course, these people are radical liberals and Democrats….  The rumor sounds virtually identical to the one I heard three months ago watching the fires burn in Minneapolis about May 28.

I got played for a sucker, back then.  I’ll admit it.

There will be endless reprises of this in the next months.  All stops will be pulled.  The perpetrator-in-chief will be the President of the United States.

The Washington Post has been keeping track of the President’s lies.  They’re up to over 20,000 so far in his first term – that is about 15 per day.  I can recall that the media generally hesitated to call Trump a liar at the beginning; they’re over it now.  Nothing he says can be trusted, and fact-checkers have a never-ending job.

This date, I noted a recollection of past versions of the hordes described above.  Remember the allegation of caravans of illegals getting ready to storm the border from Central America through Mexico?  And on and on and on.

We Americans are susceptible to fear.  At the beginning of Trumps term I did a blog about the nine-percenters, which seems pertinent now.  You can read it here.

I am also reminded of a long ago article I saw in U.S. News near 20 years ago.  It is especially pertinent these days, where white nationalists are being empowered and supported.  The article was about two pages.  At this moment, it has escaped me, but when I find it I’ll add it here.

September 5: This mornings Minneapolis Star Tribune front page banner headline: “Federal charges for ‘Boogaloo Bois”.  The long article speaks for itself.   This is no surprise to me, and I have said earlier that the process to justice will be a lengthy but inexorable one.

I’ve also seen from a couple of sources now, that the staged interview with President Trump in Kenosha, with a burned building in the background, was with a former owner of the building.  The current owner declined to be interviewed.

This mornings news also indicated that the Trump ‘law and order’ campaign is in trouble for using without attribution and permission film of the Minneapolis clean-up after the May fires.

There will be an endless barrage of this kind of thing.  Be wary.