He’s the fourth of the grandkids to turn over 21.  Life’s odometer keeps moving along.

Today I decided to share with Ted and the rest of the family a memory from 2006.  (Ted is on the right; his cousin Spencer is in the middle.  Spencer turned 21 some months ago.  Today he’s a Marine stationed in Japan.) 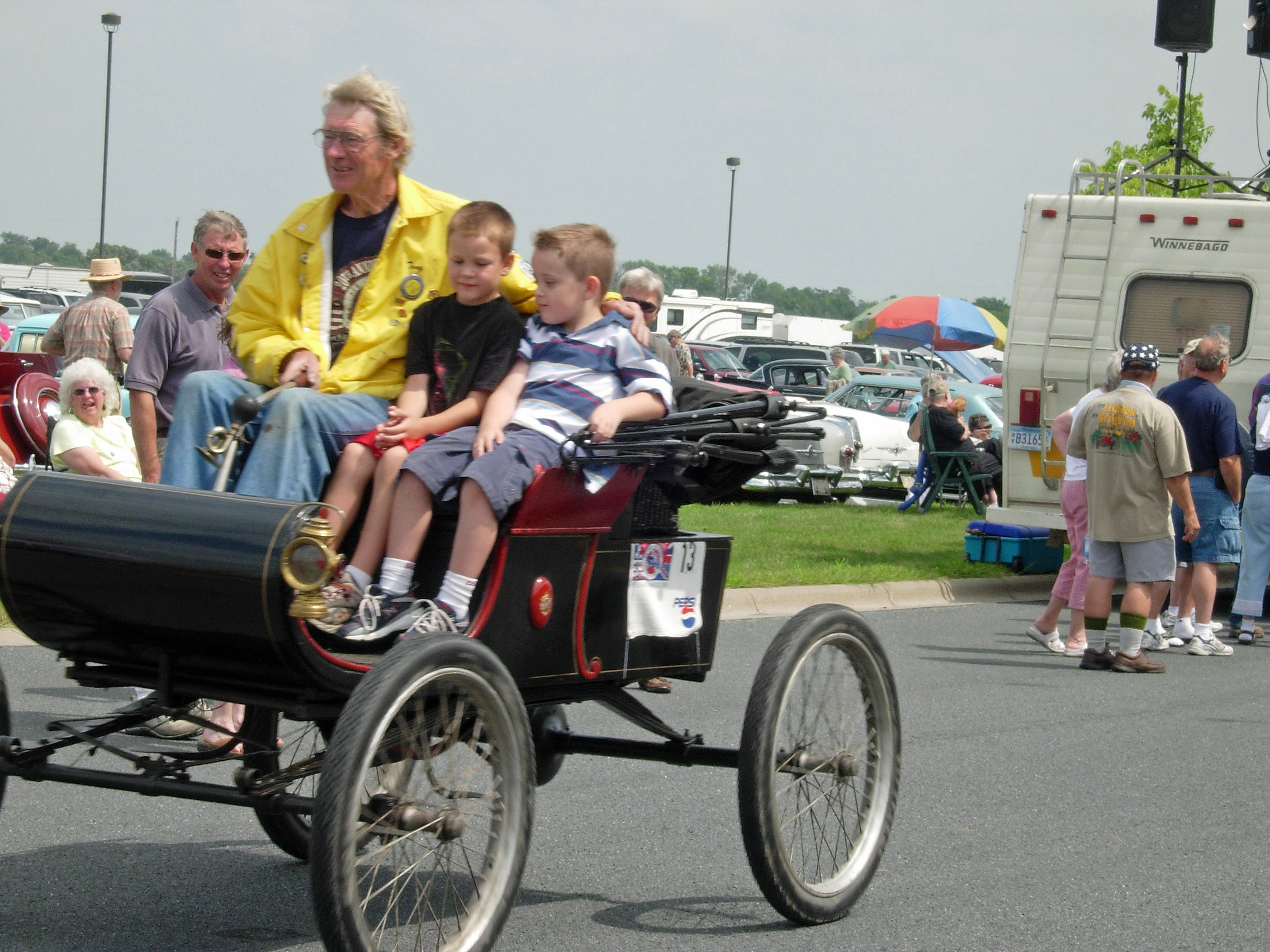 The boys were six years old, then, a bit nervous riding on the flivver with Tony Bowker, the owner.

This was no ordinary flivver.  It was their Great-Great-Grandpa Bernard’s 1901 – or was it 1903? – Oldsmobile.  Grandpa stored and preserved it for many years until it began to do the tour of collectors, Bowker the most recent (the auto, to the best of my knowledge, is now lodged at some car museum in central Pennsylvania.  It spent most of its life in North Dakota.)

Grandpa came into the car honestly.  Someone had purchased it, then left town for somewhere else, and stored it in Grandpa’s barn.  He was never heard from again.  In the early 1900s there weren’t a lot of flivvers on the streets, and those that were were as likely nuisances, as they were fun.  At any rate, it became grandpa’s car.

I actually have quite a few photos of it.  My favorite is this one, taken probably in the early 1920s in Grafton ND. 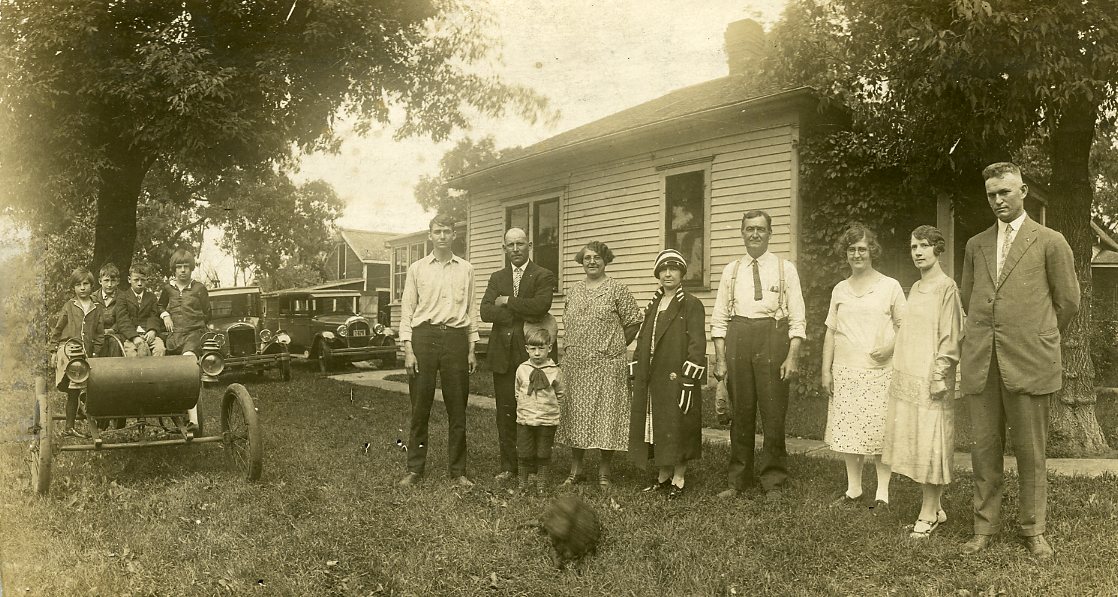 Dad is at the left of the adults.  Grandma and Grandpa are generally in the middle of the pack, with a lady between them, and Aunt Josie, their daughter, Dad’s sister third from right.  Dad’s other brother, Frank, then about 5, is probably one of the kids sitting in the car.  Their dog, Fosto (all their dogs were named Fosto, according to Dad), is in front.  The guests were apparently down from Winnipeg probably coming in the two cars in the background.

Some years ago, I wrote a piece about the Oldsmobile and its history.  You can read that here.  It has not had a boring life, that is for sure!

I hope you’re having a great day, Ted.  Happy Birthday!

Moving on? Making a Difference
Scroll to top